Man proposes below comet that only appears every 6,800 years

A space-loving New York man managed to pull off a one-in-a-lifetime proposal — or rather, a once-in-6,800-years proposal — when the Neowise comet passed over US skies this month.

John Nicotera, 33, and Erica Pendrak, 26, had been dating for two years when, on July 18, they drove to John’s family’s camp in Old Forge, New York to look out for the Neowise comet, which was making a rare appearance in the Northern Hemisphere.

While Erica knew they were there for the celestial event, it was a surprise when John dropped to one knee and popped the question for a more down-to-earth moment as the comet soared through the sky above them.

Incredible! John Nicotera, 33, and Erica Pendrak, 26, had been dating for two years when, on July 18, John proposed under the Neowise comet 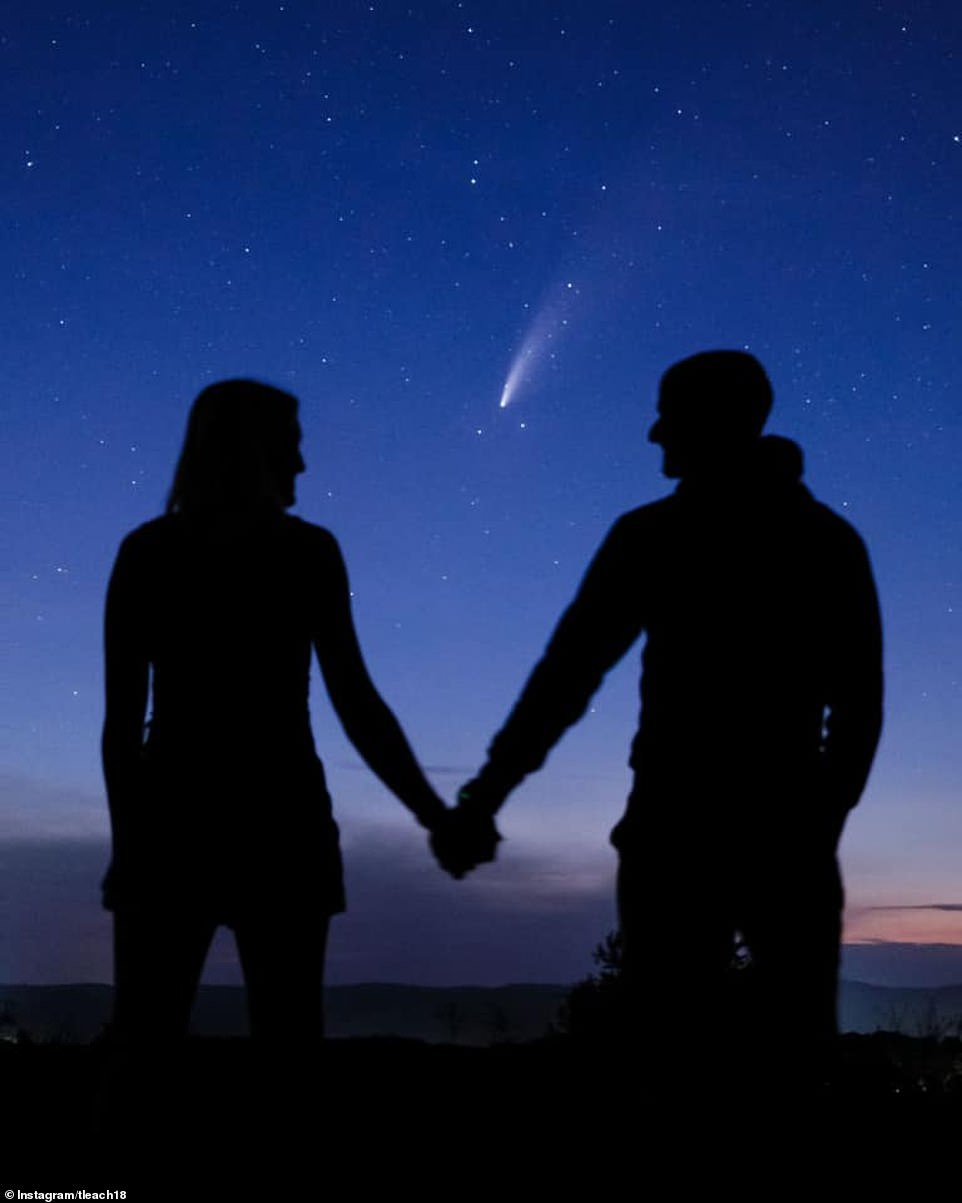 Out of this world: John, a space lover, knew the rare comet would be visible in the Northern Hemisphere for a limited time 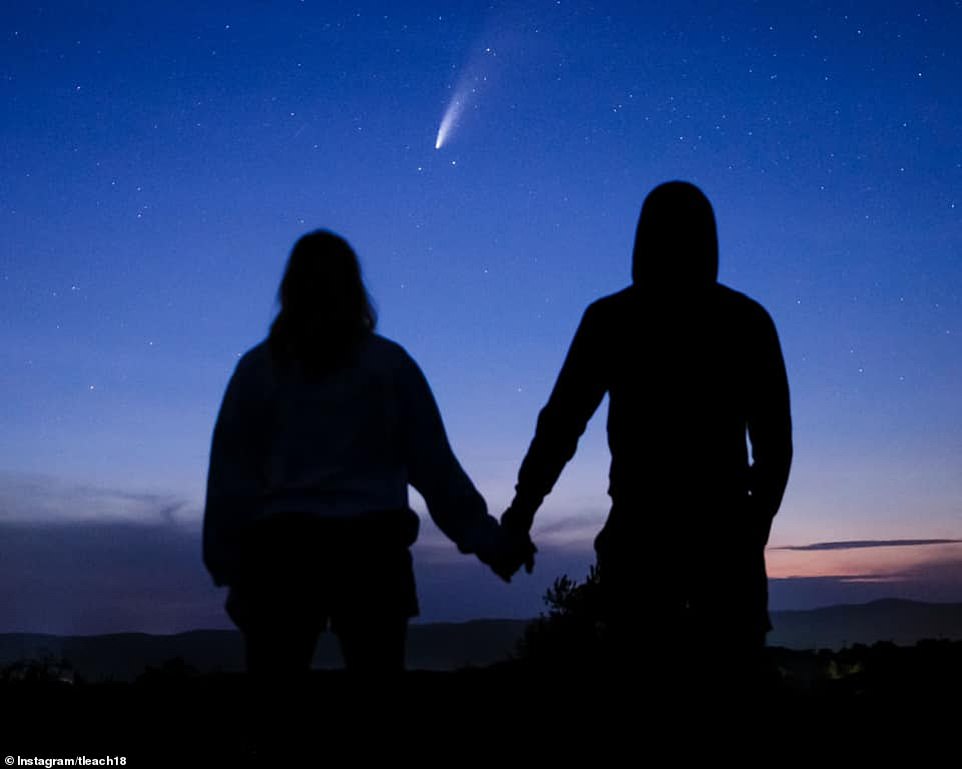 Super rare: The comet is only visible to the naked eye every 6,800 years

John and Erica are both teachers who like experiencing historical events together, but John in particular is a massive space fan.

When he learned that Neowise would be passing overhead 160 million miles from Earth, he knew the odds of finding a more incredible backdrop for a proposal were astronomical.

The comet, which is only visible to the naked eye in the Northern Hemisphere every 6,800 years, was first seen in the sky on July 15 and may continue to have visibility through the end of the month.

‘This could be our engagement,’ he said to himself, according to CNN. ‘This is not going to happen in our lifetime or five generations’ lifetimes.’ 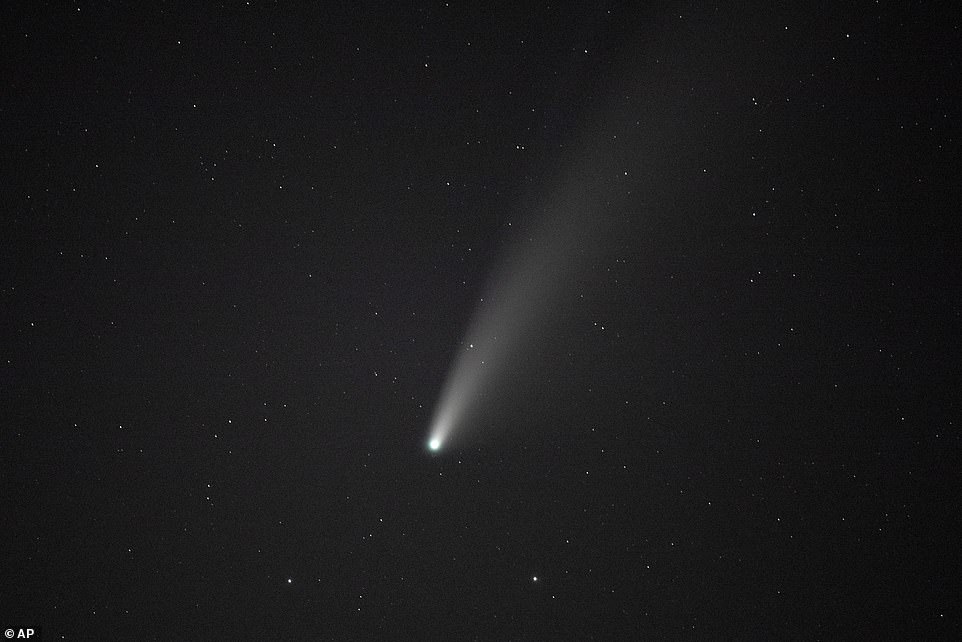 High in the sky: The comet named for the NASA spacecraft, Neowise, that first spotted it (pictured in North Carolina on July 18) 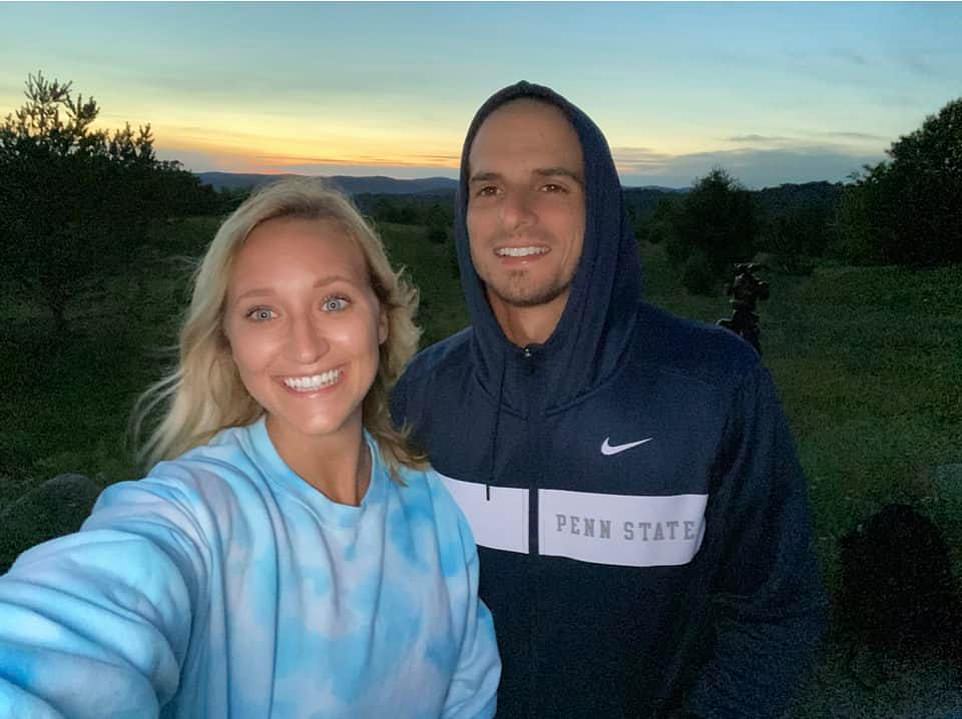 Cute couple: John and Erica are both teachers who like experiencing historical events together, but John in particular is a massive space fan

So John had no time to lose, and planned the camping trip to coincide with his big proposal.

He and Erica were enjoying the view of the comet when he dropped down to one knee to ask her to marry him.

‘Every single star was out … it was too special to let it go,’ he said. ‘I just remember the amount of happiness I had going through me. All the nerves were gone at that point. I was just like, :I’m massively in love with this girl. I’m going to do it.”‘

Erica found it pretty special, too, telling WEPT: ‘I was just completely shocked. Tears and everything.’ 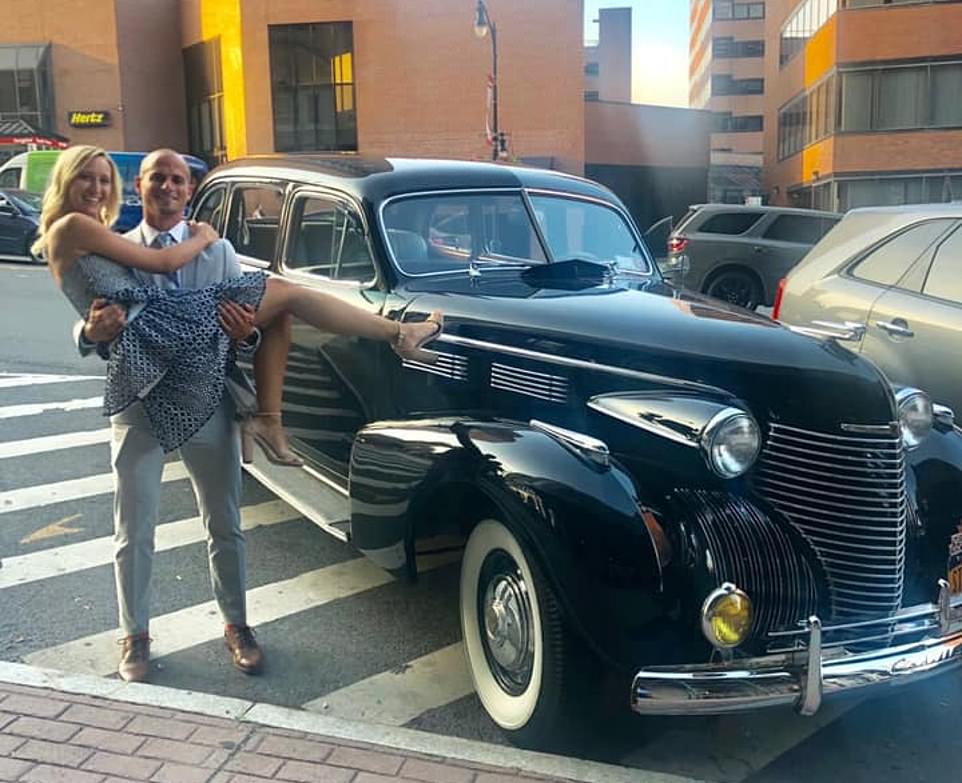 ‘I was just completely shocked. Tears and everything,’ Erica said of the proposal

Knowing the moment needed to be captured on camera, John also had his friend, photographer Tim Leach, come along to snap pictures.

‘Tim froze time for us so we could live this moment forever,’ John said of Tim’s long-exposure shot. ‘I’ve never seen anything so beautiful.’

Now the pair is looking forward to what comes next.

‘I love that I’m able to share genuine, serious, loving moments with John just as much as I can share silly moments,’ Erica told Insider.

What is the Neowise comet? 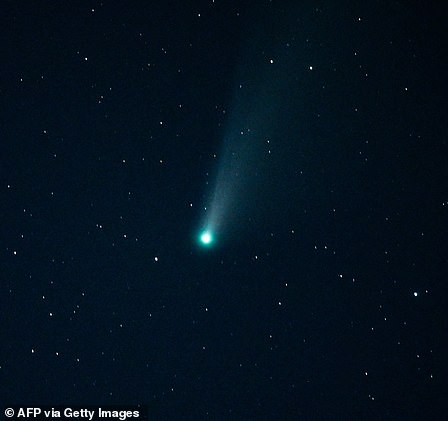 The newly discovered comet Neowise is pictured on July 24

The newly discovered comet Neowise is only visible from Earth once every 6,800 years.

It’s named for the NASA spacecraft, Neowise, that first spotted it.

According to NASA, the nucleus of the comet is three miles (4.8 kilometers) across. It emits a tail of dust and possibly two tails of gas as it moves through space at around 144,000 mph (232,000 kph).

Now making its way back toward the outer solar system, the comet has come as close as 64 million miles (103 million kilometers) to Earth.

The comet should remain visible through the end of July and possibly into August across the Northern Hemisphere.

It is visible to the naked eye and can be spotted below the Big Dipper, but a good pair of binoculars or a telescope will enhance your view. A clear night with limited light pollution is important for success. 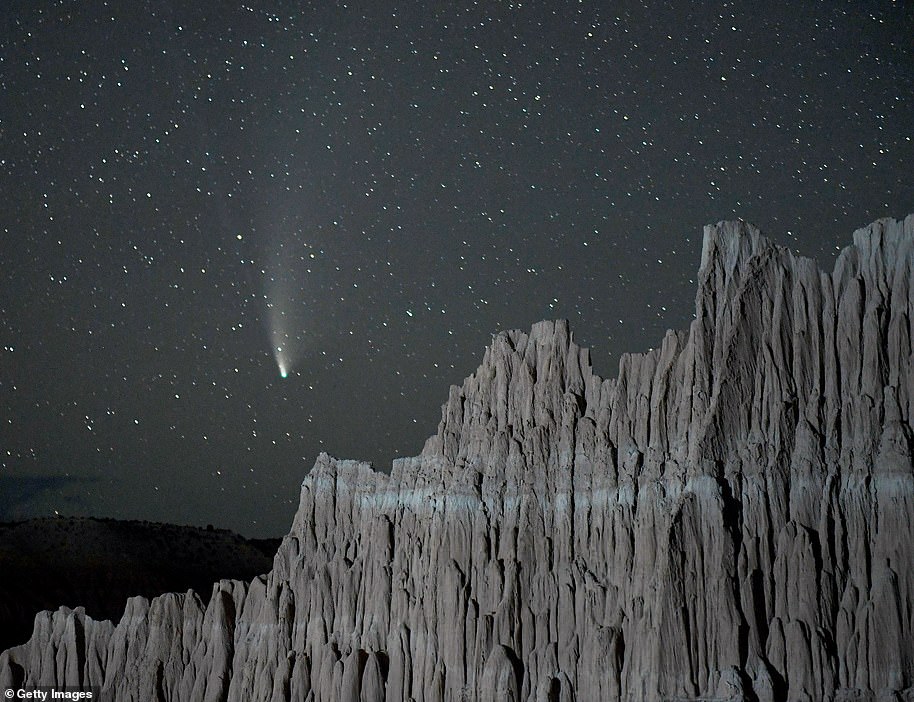 Pictured at Gorge State Park in Nevada on July 23, the comet has a nucleus that is three miles (4.8 kilometers) across