Man proposes to girlfriend with buried ring while metal detecting

A West Virginia man planned a metal detecting hike in the woods with his girlfriend as an elaborate rouse to surprise her with his marriage proposal.

Prior to starting off on their hike, a man from Kabletown, West Virginia, bought an old wooden box at an antique shop, put an engagement ring inside the box and then buried the box under a rock in the woods, according to the video’s description.

The man then took his girlfriend, Lisa, into the woods for her first metal detecting hike. 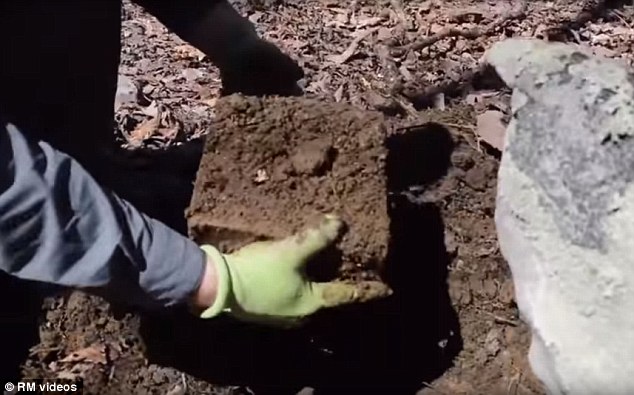 Before the hike, the man buried a box containing an engagement ring under a rock 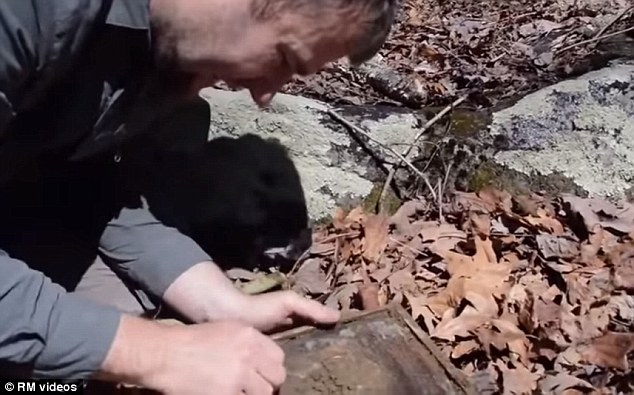 The man’s girlfriend, who was recording the video, thought that she was witnessing the discovering of what could be a Civil War-era find and was suitably excited about that

The video — which was shot by Lisa in April 2017 — shows the pair stumbling across a signal that leads them to what the man says is a button dating back to the 1800s.

Next, the video shows the man waving a metal detector around a big rock. Getting a signal there, he speculates that it could be a ‘Civil War chest plate or something.’

He then starts to dig beneath the rock with a shovel and his hands, occasionally probing the deepening hole with a carrot-shaped, handheld wand.

‘Is that a root?’ he says, as he digs until he eventually reveals the wooden box that he’d buried before embarking on the hike.

‘Someone buried this under this rock,’ the man says, telling his extremely patient girlfriend, Lisa, ‘We gotta document this. This could be the find of a lifetime!’

The man continues to pretend to speculate about what the box could be, describing the box as if it’s the first time he’s ever seen it, as Lisa giggles with excitement. 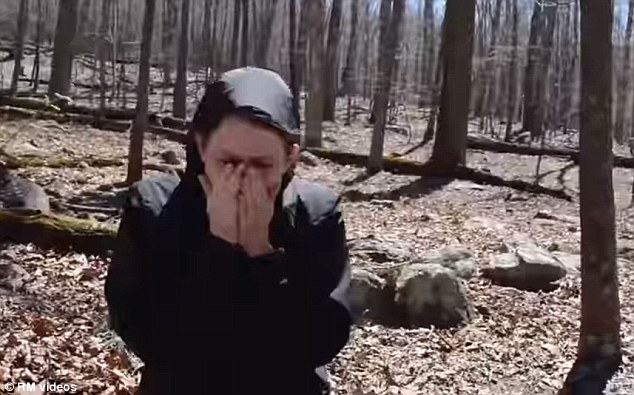 As soon as she realized that she was being proposed to, the woman dropped the camera, which her boyfriend immediately scooped up so he could capture her stunned reaction 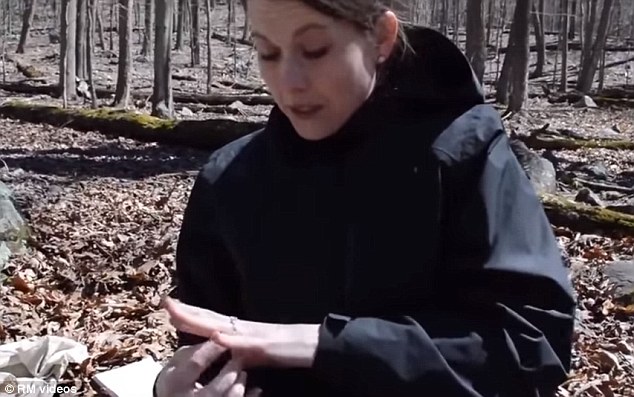 When he eventually unearths the box, Lisa whispers, ‘Be careful, babe, be careful.’

The man then spends several agonizing minutes brushing the dirt off the box and pretending to struggle with opening it. ‘I don’t want to mess the box up,’ he says at one point.

The man then rushes out of view, returning seconds later with a Bible in hand.

After reading the first Bible verse, the man opens the box, revealing something wrapped in a white cloth.

He then asks his girlfriend, who is recording for posterity what she still thinks is the discovery of a potential Civil War-era artifact, ‘Can you see it good? Keep focus.’

He then unfolds the cloth, stopping midway to read the second Bible verse: ‘He who finds a wife finds a good thing.’

The girlfriend is still so captivated by the treasure hunt that hearing the Bible verse hasn’t tipped her off to what is coming and she is genuinely shocked when the man reveals the engagement ring and asks her to marry him.

She then freaks out with excitement and surprise, dropping the camera in the process. The man scoops up the camera to record the rest of her reaction and the moment when she says ‘Yes’ to his proposal.