A puppy was seen struggling alone out in the cold with a chip bad covering its head on Monday.

The suspicious incident was captured on video by a man driving around in southern Manitoba, Canada.

The man stops his car after seeing the puppy, which appears to be a Rottweiler or Rottweiler mix, barking with the bag blocking its airway and sight. 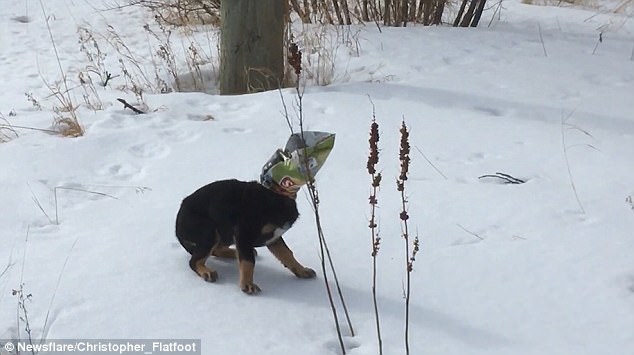 The puppy is een outside in the freezing cold on Monday in southern Manitoba, Canada

The pup without sight of its surroundings continues barking toward the man after hearing his voice.

The man continues to stay back near his vehicle while he waits for the dog to run toward him.

Several seconds pass as the man continues repeating his orders and the dog keeps barking.

The man is heard chuckling, then finally taking a few steps in the snow toward the helpless animal. 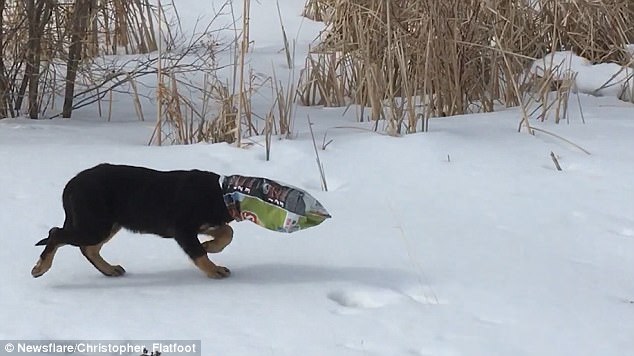 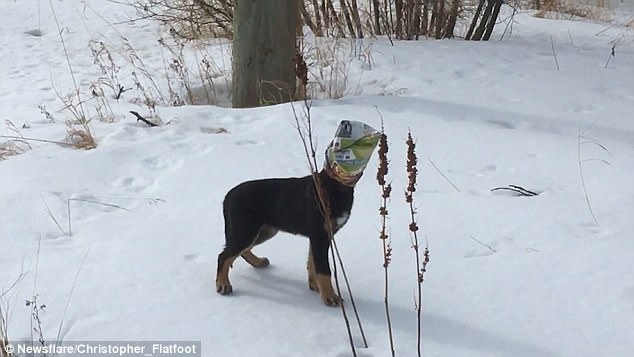 The poor pup struggles slightly to find its way toward the man, before walking closer to the sound of his voice

‘I don’t know if I’ll make it there,’ the man says, while trekking through the heavy snow on the ground. ‘I’m sinking,’ he adds.

As the man approaches closer, the dog walks toward him. The man says again, ‘come on, come on.’

The poor pup slightly struggles to find its way toward the man, before walking closer to the sound of his voice.

Finally, the puppy inches up to the man, who pauses before grabbing the chip bag off of its head.

The relieved pup i seen taking a few glances around at its surroundings afterward.

It’s currently unclear whether the dog has an owner and why it was outside alone. It’s also unknown how the chip bag got over the dog’s head. 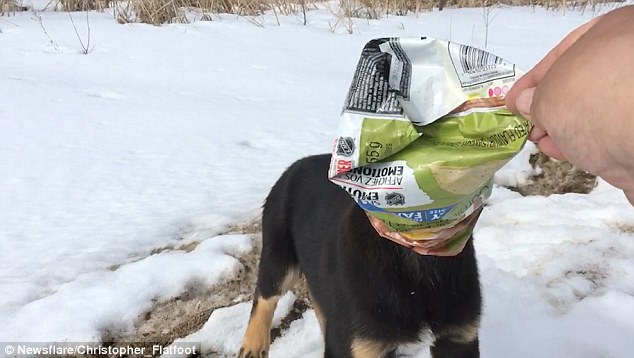 Finally the puppy walks inches away from the man, who pauses before grabbing the chip bag off of its head 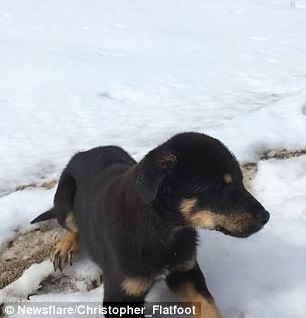 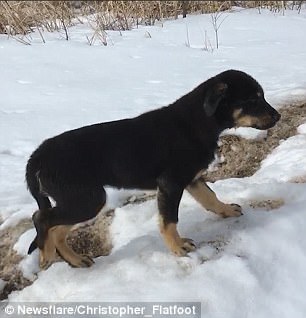 Here the adorable puppy is seen taking glances around at his surroundings. It’s unclear how long the bag was over its head Monday