A video captures the touching moment a kind man rescues a scared raccoon trapped inside a dumpster in British Columbia, Canada.

The man hears a scratching noise from inside a locked garbage area.

‘So I was sitting here having my coffee this morning, and I kept hearing a scratching sound,’ he says.

The man follows the sound and discovers it’s locked. ‘Looks like we need a key,’ he says while shaking the chain.

He heads to a utility store to buy supplies to rescue the trapped mystery animal.

The man then goes to a Starbucks, because the coffee store disposes its garbage in the area where the animal is trapped.

‘So I got a key from Starbucks, they use that garbage can,’ he explains.

He gets the key and unlocks the door to discover a scared raccoon stuck inside a dumpster.

‘There’s the little guy,’ he says. ‘You want out? Are you stuck in there?’

The animal had gone searching for food and was then unable to escape. 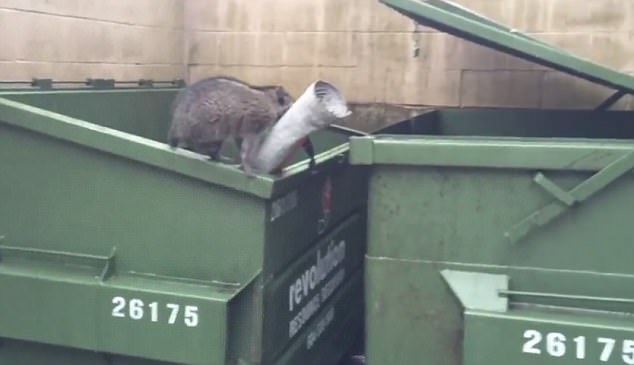 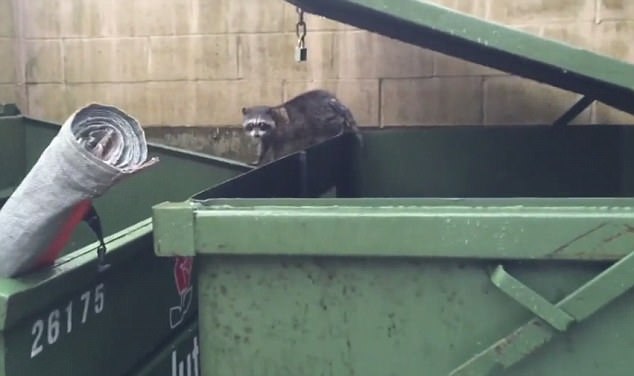 For a moment it appeared the raccoon was considering climbing back into the dumpster, but it then scurried away

The man places a tube inside the dumpster so the raccoon can climb out.

It stands on the edge of the dumpster and for a moment appears to be considering going back in, before scurrying away.

‘Off to another dumpster,’ the man says.

The video was filmed in November 2016 in Coquitlam. 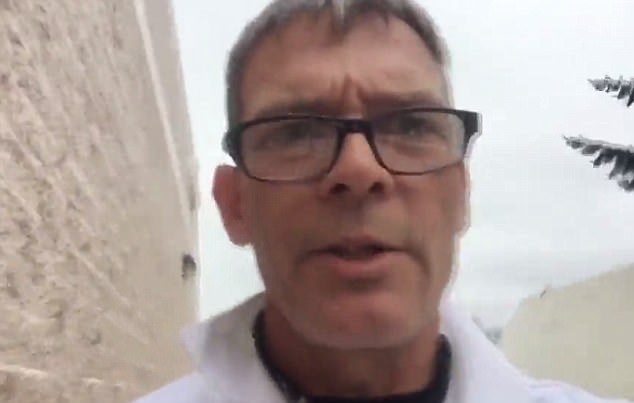 The man had gone to a nearby utilities store for supplies to rescue the raccoon. The video was filmed in November 2016 in Coquitlam, Canada