A man has shared a picture of a new $20 note before it goes into circulation in October.

The note still features horse thief Mary Reibey and Reverend John Flynn but has a distinct clear window running down the center.

The new note has a more vibrant colour scheme and even a colour-changing kookaburra that flaps its wings when the note is tilted.

It is not clear how the Reddit user named teen-bean1 got hold of the note which was unveiled by the RBA in February but is not due to be public for five months.

Earlier this month it was revealed the Reserve Bank printed out 400million $50 notes with the word responsibility spelled wrong.

The top comment on the Reddit thread was ‘I hope they ran this one through the spellchecker.’

RBA officials in February revealed the new design that will include advanced security features that will make it nearly impossible to counterfeit.

In a nod to the famous Australians, excerpts of Reverend Flynn’s The Bushman’s Companion and the name of Reiby’s ships will also be printed on the note.

An English convict deported to Australia, Reiby was viewed by her contemporaries as a role model of success and became legendary as a successful businesswoman in the colony.

Flynn was an Australian Presbyterian minister who founded what became the Royal Flying Doctor Service, the world’s first air ambulance.

Other new additions include a box-leaf wattle and three raised bumps as a ‘tactile’ feature to make it easier to identify the note from others.

A new $100 note is expected to be released next year.

RBA Govenor Philip Lowe said the ‘same innovative security features’ from the previously released notes have been incorporated in the 20 to fight counterfeiting.

‘Their stories are told through the images we have incorporated on the banknote, which provide a rich and diverse narrative about their life in Australia,’ he said. 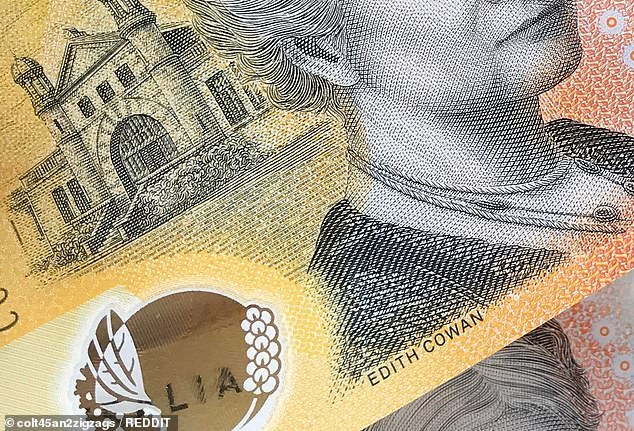 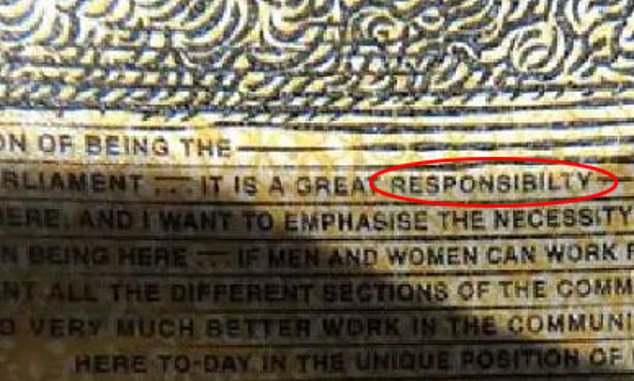 For all of the cutting-edge features, one basic design component was overlooked as the word ‘responsibility’ is misspelled as ‘responsibilty’