Tradie, 38, given six months to live after his HAIRDRESSER found a dodgy mole and pressured him to get it checked out by a specialist after doctors sent him home claiming ‘it was nothing’

By the time Nicholas Smithson’s hairdresser noticed a dodgy looking mole on his neck it was too late – now the 38-year-old has just six months to live.

The boilermaker from Rockhampton, Queensland, said his hairstylist urged him to get the mole checked out.

But when he approached doctors they told him there was ‘nothing to worry about’.

Nicholas Smithson, pictured, had a dodgy mole removed after a hairdresser pushed him to get it checked out – but the operation came too late 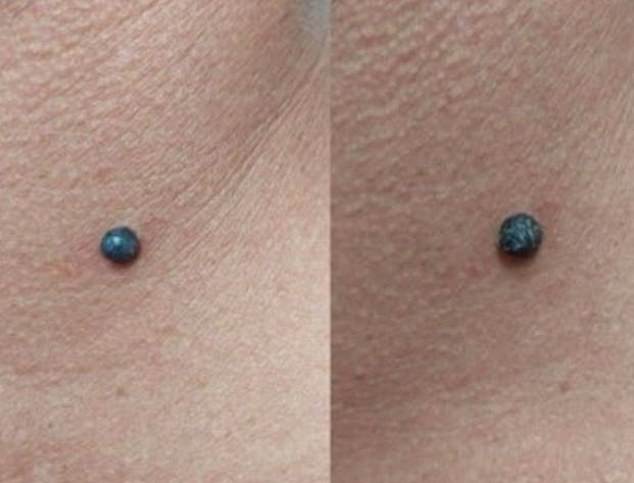 In fact the tradie told The Courier Mail he went to two doctors in 11 days after noticing the growth had doubled in size – only to be dismissed.

Nicholas decided to go and see a skin specialist who took a biopsy immediately.

Results showed the growth was a nodular melanoma and that it had spread beyond the blackened mole to his lymph nodes.

He said doctors explained the ‘worst case scenario’ after finding the cancer, leaving him shocked.

‘I remember I looked at my partner and said, ‘I’m going to f***ing die, this is going to kill me’.

‘We went to my house and just stared at the blank wall and cried.’ 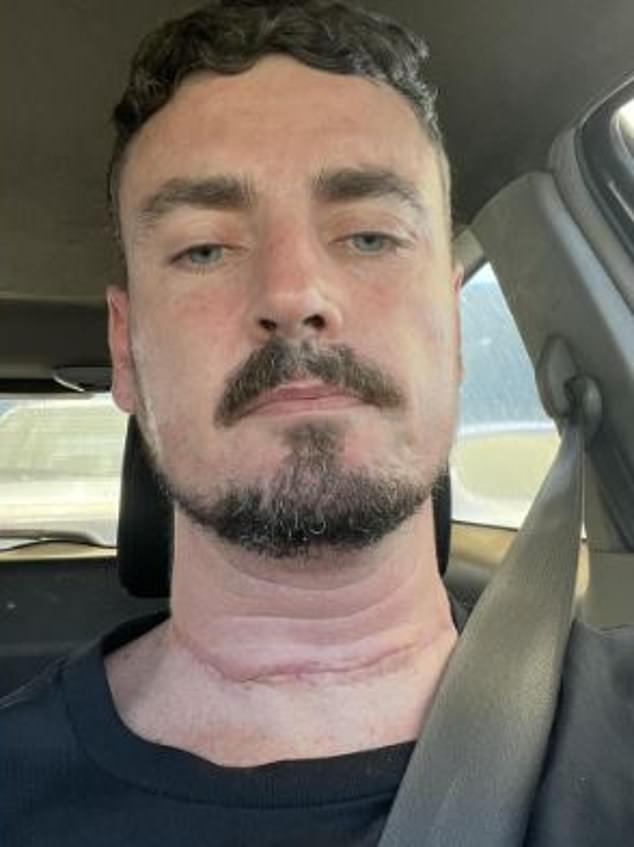 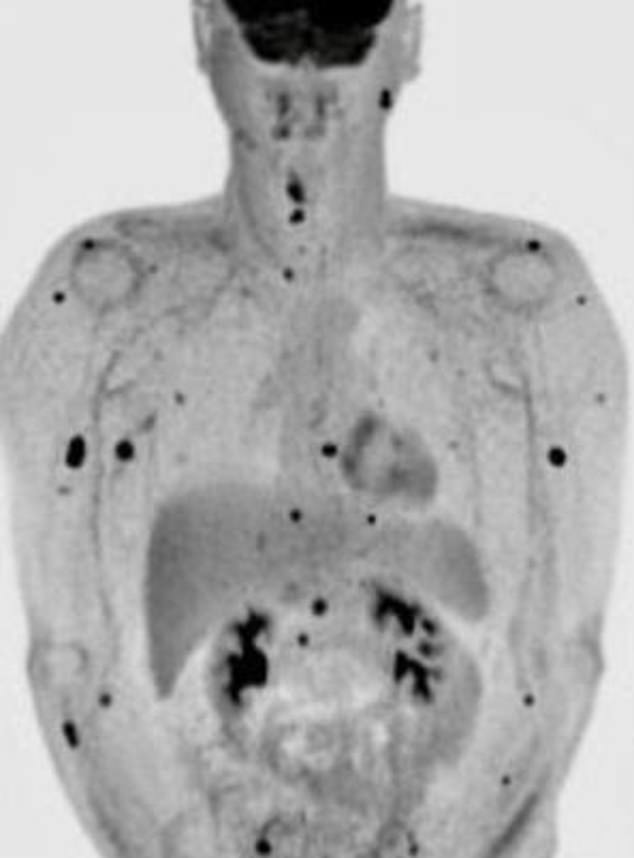 A PET scan revealed the cancer had spread throughout his body, into many of his organs and even his spine

What are the symptoms of nodular melanoma?

See a doctor immediately if you have a skin bump, growth, mole, or lesion that:

Is larger than most regular moles or spots on your body

Is dome-shaped or has a firm lump is either a single colour (black, brown, red, pink or flesh coloured) or a mix of colours (e.g., blue-black, brown-red)

Has either a smooth or rough, crusted surface has changed in its appearance itches or stings

He was raced to Brisbane where he had a bilateral neck dissection – a 10-hour operation to remove the lymph nodes in his neck.

Eleven days later he noticed another growth behind his ear.

A PET scan showed he was riddled with cancer and could no longer expect treatments to lead to a cure.

In August doctors gave him six months to live.

‘It’s like in the movies when people are given bad news, they just disconnect,’ he said.

He admitted to randomly calling friends in hope of comfort and even asking the local funeral director if there was any proof of an afterlife.

Nicholas has always wanted to travel so his friends have started a GoFundMe to help him ‘do some living’ before he dies.

Nodular melanomas can spread to major organs within three months, according to Healthline.