What a clown! Man riding a UNICYCLE at 28mph on a main road is pulled over for wobbling too much

A man riding an electric unicycle at almost 30mph on a main road was pulled over by police for wobbling too much.

Officers filmed the extraordinary moment the unicyclist zipped across a roundabout in Gloucestershire on Easter Sunday while looking decidedly unsteady.

The powered unicycle was clocked at 28mph by police, who described the man as ‘a danger to himself and other road users.’

The moment a man riding an electric unicycle zipped across a roundabout at nearly 30mph in Gloucestershire on Easter Sunday, shortly before being stopped by police 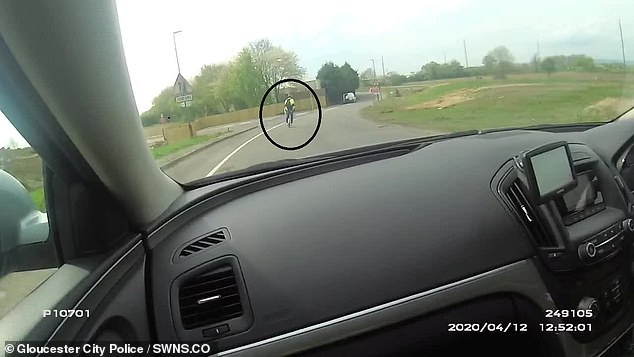 After being pulled over, officers issued some ‘words of advice’ and took the unicyclist’s details.

A tweet by Gloucestershire Constabulary said: ‘Words of advice and details taken from a male riding a powered unicycle. 28mph+.

‘Quedgeley to Moreton Valence via the A38. Danger to himself and other road users. Unstable upright riding at speed. Good use of issue bodycam.’

In a reply to another tweet, the police added: ‘Full details and contact number, address were taken and strong words of advice also given. 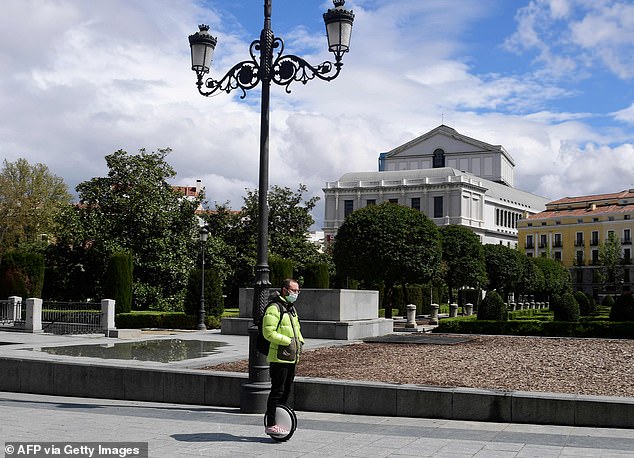 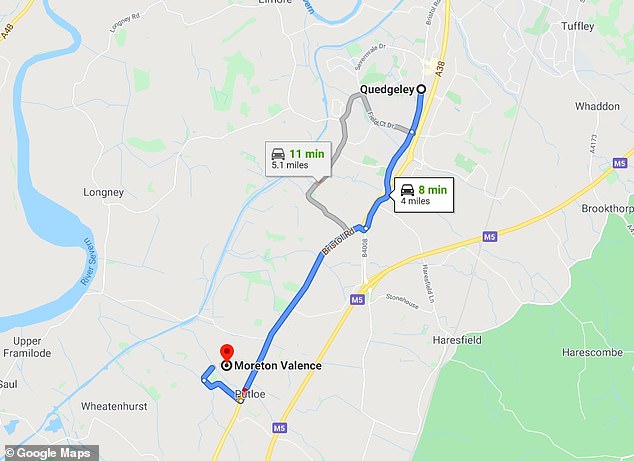 The four-mile route between the villages of Quedgeley and Moreton Valence, to the south-west of Gloucester, taken by the unicyclist as police followed 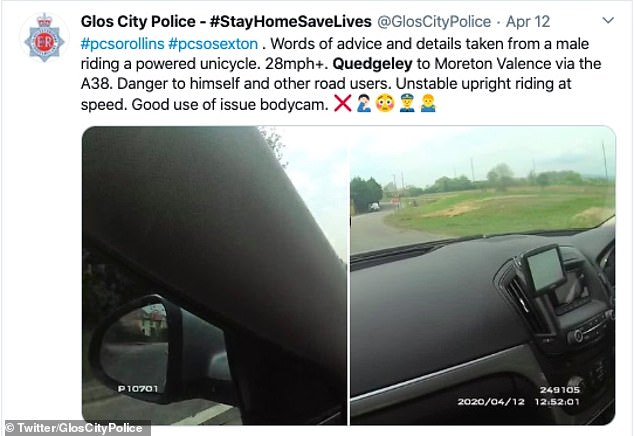 Gloucestershire Constabulary tweeted about the unicyclist incident over the Easter weekend

‘The unicycle was electric charge. Not safe for the conditions of the road and other road users should he hit a pot hole and fall off. If reported in future we have his details.’

The journey mentioned between the two villages, located to the south-west of Gloucester is four miles via the A38 and would usually take less than 10 minutes in a car.

Electric unicycles, or EUC, have become increasingly popular in recent years. The rider controls the speed by either leading forwards or backwards and steers by twisting the wheel using their feet.

They have a mechanism that uses gyroscopes and accelerometers to maintain balance.