Husband claims he beat his wife, 57, to death with a concrete block because ‘powerful people infected his thigh with MAYONNAISE and it was releasing information to him about the Revolutionary War’

A man arrested for killing his wife at their California home told authorities that he was protecting her from powerful people who ‘do brutal things to people, like eat them’, according to court documents.

Inside, deputies found the 57-year-old dead after suffering from major trauma.

They soon identified Robertson as a suspect and arrested him in Oildale, charging him with first degree murder and holding him on a $1million bond. He is scheduled back in court on July 31, 23ABC reports.

Nathaniel Robertson, 46, claimed that powerful people were after his wife, 57-year-old Lidia Robertson, prompting him to bash her head in with a concrete block earlier in July

Robertson told authorities that he used a piece of concrete between 8 and 12 inches and hit his wife four times in the head, according to the affidavit.

The man also told deputies that he was getting his information from a ‘time roll’, adding that he didn’t understand the science of what he was talking about. 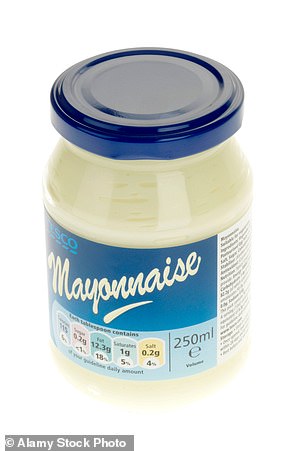 He claimed that the people had infected his inner thigh with ‘mayonnaise.’ Robertson also said that whatever ‘they’ put in him was giving him information about the Revolutionary War (stock photo)

Robertson also said that he was fearful of ‘powerful people’ who were going to abuse his wife. He reportedly told authorities that he was on ‘ice’ – or crystal meth – to help with the difficulty he was having breathing.

He claimed that the people had infected his inner thigh with ‘mayonnaise’.

Robertson also said that whatever ‘they’ put in him was giving him information about the Revolutionary War, according to Bakersfield.com.

But the man asserted that he loved his wife, calling her his best friend, the police report states. Robertson said that ‘things were after her, so I did it first.’

Authorities said Roberts pleaded no contest to a misdemeanor charge or corporal injury on a spouse or cohabitant in 1994. 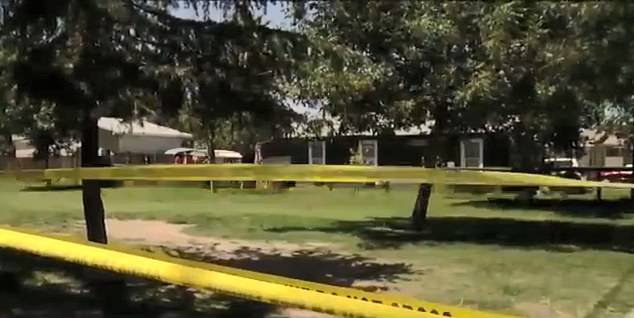