A New York City-based model and anti-homophobia activist is leaving TikTok users in stitches with his ingenious key prank designed to drive an enemy crazy with annoyance.

Marc Sebastian, a 29-year-old signed to IMG models, shared the funny prank idea on TikTok only a week ago, and already racked up a million views and hundreds of thousands of like.

Speaking quickly in the short clip, Marc explains how to execute a clever prank to make an enemy’s life ‘just a little bit more annoying’ with the help of some keys and plastic ID keychains. 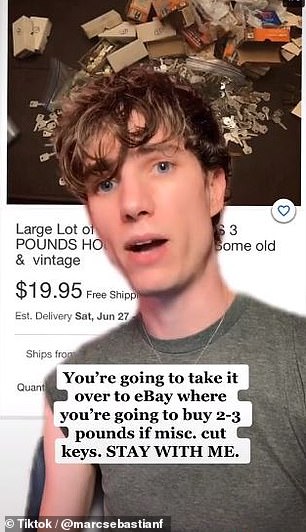 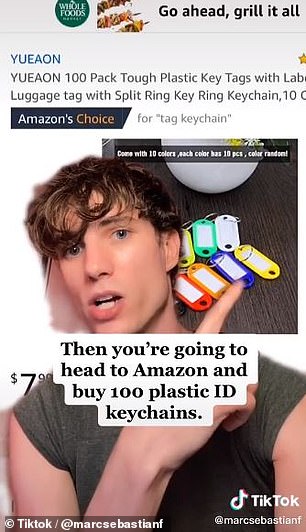 How to: The prankster need only to buy two to three pounds of miscellaneous cut keys for about $30 on eBay and 100 ID keychains, where they will write the enemy’s phone number

‘If you really hate someone and want to make their lives just a little bit more annoying, here’s what you’re gonna do,’ Marc says.

‘You’ll need about $30, and you’re gonna take it over to eBay where you’re gonna buy two to three pounds of miscellaneous cut keys. Stay with me.

‘Then you’re gonna head over to Amazon and buy 100 plastic ID keychains.’

‘Once everything arrives, you’re gonna enlist the help of a friend who’s equally as psycho as you,’ he continues.

‘And you’re gonna write your enemy’s phone number on every single one of the keychains and attach two of the eBay keys.

‘So you should have about 100 sets of keys with your enemy’s phone number on them.’

Next up, he said, it’s time to scatter those keys far and wide. 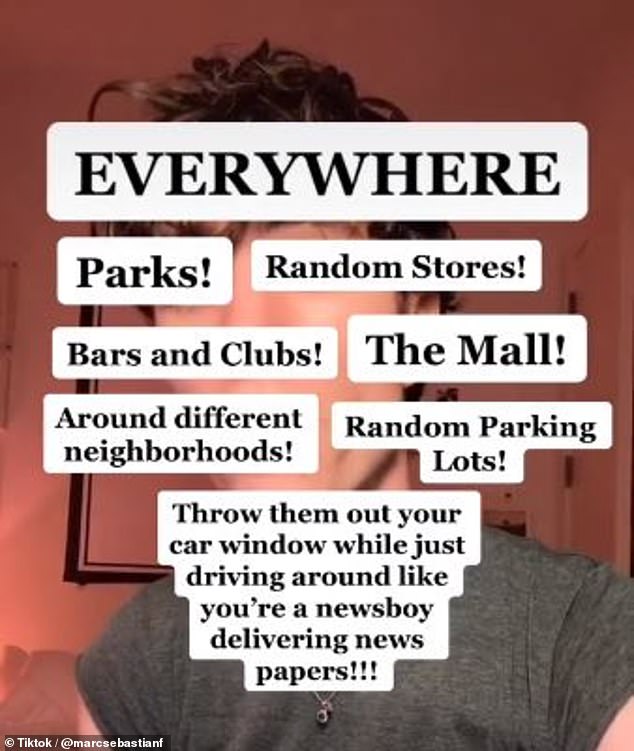 Steps: After putting the keys on they keychains, the prankster should scatter the keys around 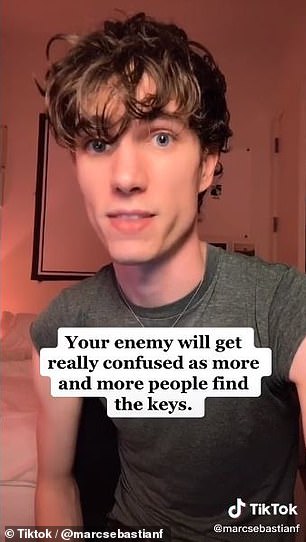 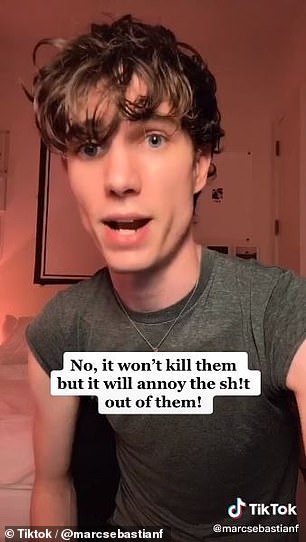 ‘What’s gonna happen is random strangers are gonna start to call your enemy saying that they found their set of keys,’ he said

‘Make some easy to find. Make some hard to find. You get me?

‘What’s gonna happen is random strangers are gonna start to call your enemy saying that they found their set of keys. And your enemy’s going to be really confused as more and more people start to find these keys.

‘They’ll get calls for weeks, months if you hide the keys right,’ he says.

The genius of the prank is that it doesn’t actually hurt anyone — but it will certainly cause plenty of frustration.

‘Will this kill them? No. But it’s gonna annoy the s*** out of them. And they’ll never know how many sets of keys are out there,’ he says.

‘Work smart, not hard, ladies,’ he adds with a wink.

Marc’s hack proved incredibly popular with TikTok users, with Revenge star Christa Allen leading the praise for his prank, writing: ‘I am dying this is hilarious.’

‘The absolute GENIUS of this omg,’ another person chimed in, while a third wrote: ‘You are so DIABOLICAL and I LOVE you for that.’