A 22-year-old man will face court after pointing a laser at a police helicopter in Queensland, temporarily blinding the pilot.

The helicopter had been sent to fly around the area on Saturday night after multiple commercial airlines filed complaints of someone doing the same thing to them.

Police will allege in court the man was standing on Monash Street in Loganlea about 9.40pm when he pointed the laser, and then fled into his home.

Footage taken from POLAIR1 clearly shows the man standing on the ground, but as he points the laser, all that can be seen is a bright red light.

Officers tracked the man as he tried to escape before calling in the dog squad, who allegedly found a laser on the premises.

He was charged with threatening the safety of an aircraft or people on board an aircraft, and possessing restricted items.

The man will appear in Beenleigh Magistrates Court tomorrow. 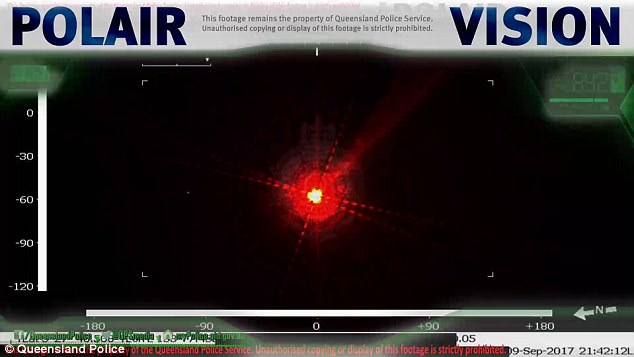 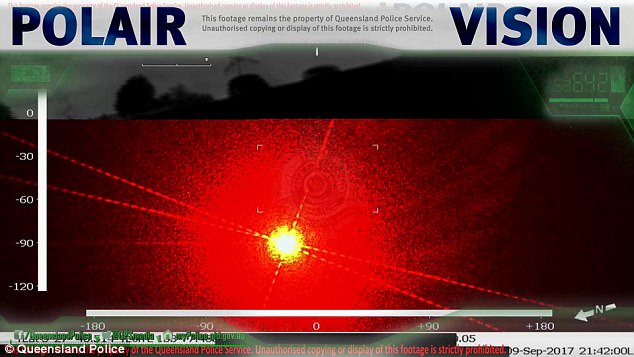 When the laser shines at its brightest, the helicopter pilot is left unable to see (pictured) 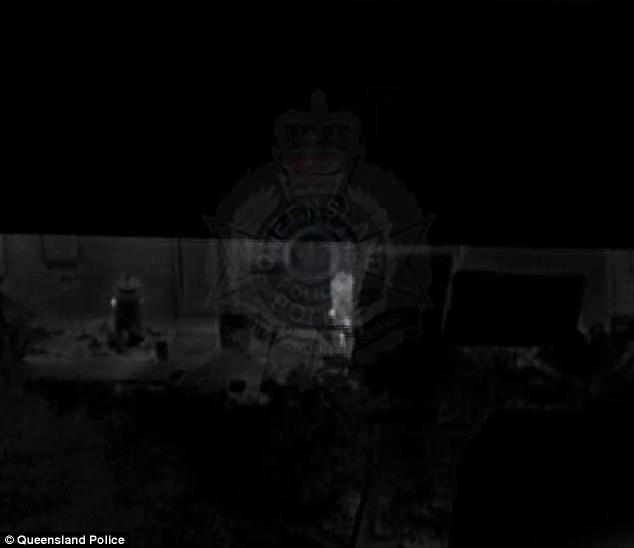 After shining the light, the man attempted to flee to his home, but the POLAIR helicopter tracked him and the police dog squad were called in