Man shoots dead his ex-girlfriend outside her home in Brazil

Horrifying video shows man, 36, shooting dead his ex-girlfriend, 27, outside her home in Brazil after pretending he was dropping off their two-year-old daughter

Brazilian authorities are searching for a man who was captured on camera shooting dead his former girlfriend outside her home on Sunday.

Thais Silva, 27, was expecting to meet her ex-boyfriend Osmar de Sousa, 36, in front of her home in the Federal District town of Sobradinho, where the suspect was to drop of their two-year-old daughter, according to online news portal G1.

Surveillance footage showed Silva walking to her apartment complex’s entrance gate. The former couple appeared to exchange words as Silva stepped out to the sidewalk.

De Sousa then fired three shots at Silva, sending her tumbling backwards and falling in the courtyard.

He then stood over her and fired a fourth shot, which appeared to strike her in the head.

Thais Silva, 27, was expecting to meet her ex-boyfriend Osmar de Sousa, 36, in front of her home in the Federal District town of Sobradinho, to pick up the former couple’s two-year-old daughter before she was shot dead Sunday evening. De Sousa remains on-the-run 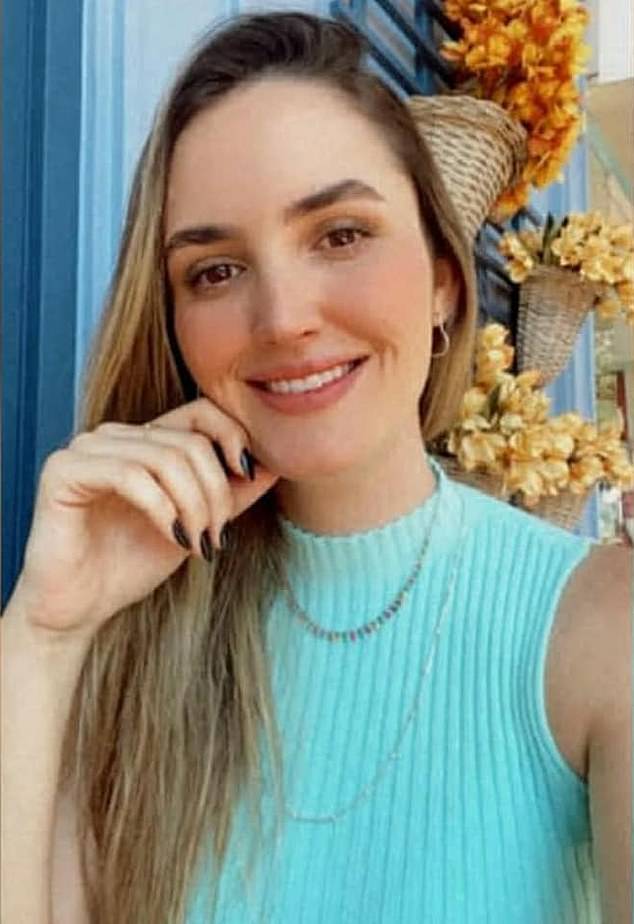 Thais Silva (pictured) dated her alleged killer, Osmar de Sousa, for five years before ending the relationship five months ago, police said according to Brazilian online news portal G1. Silva was expecting him to drop of their two-year-old daughter, but instead left her at his brother’s home. Police have ruled out his brother as a person of interest, indicating he was not made aware of the plan to kill his niece’s mother The security camera showed de Sousa taking off in a vehicle, which was found abandoned at a supermarket parking lot.

Investigators said de Sousa left his daughter at his brother’s home before he executed Silva, who worked for the Department of Health as a dental hygienist.

De Sousa’s brother was not considered a person of interest in the investigation, according to police chief Hudson Maldonado.

‘Nothing indicates that the brother knew about the grisly plan,’ Maldonado said.

De Sousa was arrested in 2016 on a domestic violence charge from a relationship he had with a woman prior to meeting Silva.

De Sousa and Silva dated for five years, but he was not happy with the way their relationship ended five months ago.

Silva feared for her well-being, but never reported de Sousa to the police. 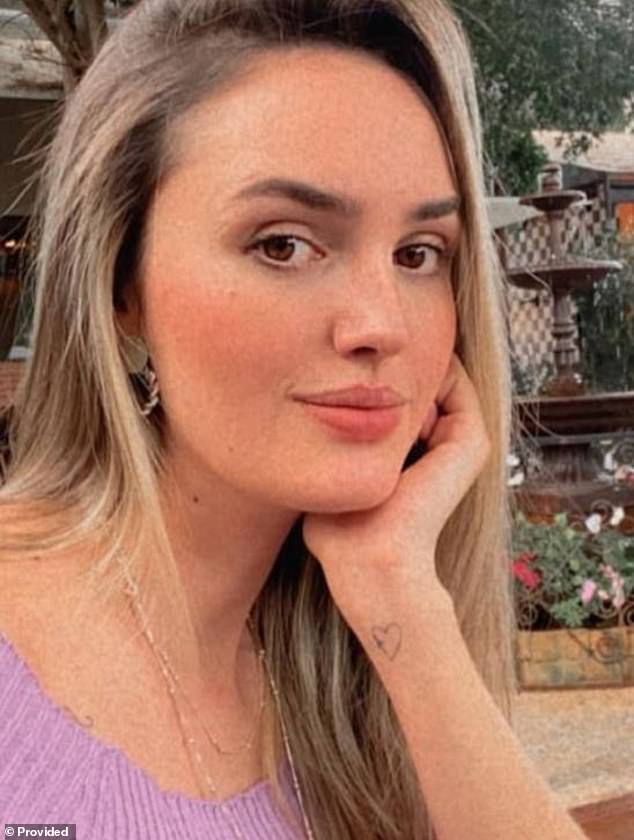 Thais Silva feared for her wellbeing, but never reported Osmar de Sousa to the police 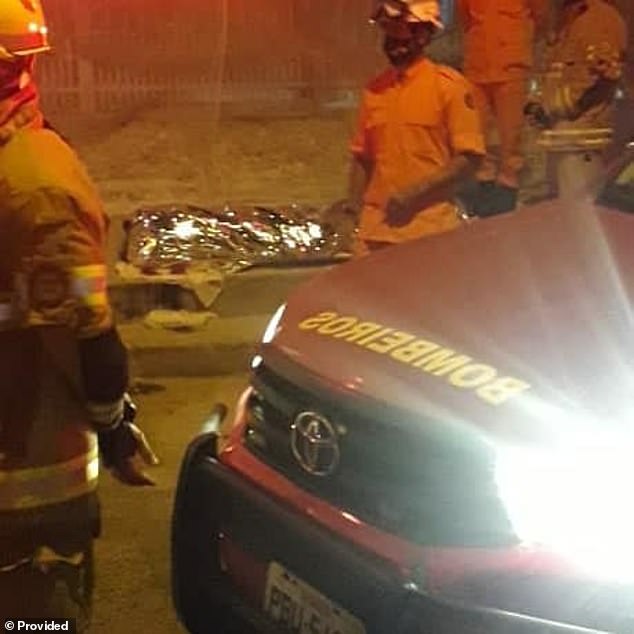 She is the fourth woman murdered by their partner in the last 13 days in Federal District.

A mother-of-two identified as Melissa Mazzarello, 41, was found dead at her home last Thursday in Sobradhino after she was reportedly strangled by her estranged husband, Leandro de Barros, 41. He fled the home by the time police arrive, but was arrested in the evening.

On June 8, Fernanda Landim, 30, was stabbed dead by her husband. A day earlier, Leidenaura Moreira, 37, was found dead after suffering a stab wound to the neck by her ex.