Machete attacker: Kumulipo Sylva, 23, has been charged with second-degree murder for allegedly slashing the throat of Eduardo Cerez, 35, at a Maui mall on Sunday

A 23-year-old man from Hawaii has been arrested on a murder charge after police say he cut a stranger’s throat with a machete, killing him, inside a Macy’s bathroom at a Maui mall because he believed the victim was a ‘demon.’

Kumulipo Sylva, 23, from Kahului, was apprehended at Kahului Community Park on Sunday afternoon, a short time after he allegedly killed 35-year-old Eduardo Alejandro Cerezo at the nearby Queen Kaahumanu Shopping Center in front of witnesses.

Cerezo, of Makawao, was taken to a hospital and pronounced dead on arrival.

Sylva was later charged with first-degree murder and was ordered held on $500,000 bail.

According to court documents, Sylva and Cerezo did not know each other until they had a tense encounter on a Maui Bus No 40 at around 2pm on Sunday, reported KHON2. 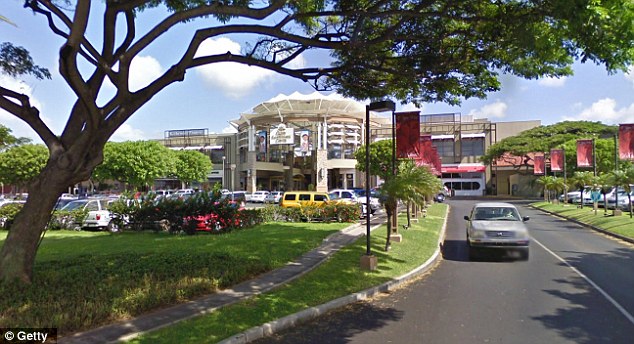 Cerez was found with his throat cut in the men’s bathroom at the Queen Kaahumanu Shopping Center Macy’s, where police say Sylva had followed him Cerezo and Sylva had a brief encounter on a Maui Bus, where the victim taunted the suspect for staring at him

Cerezo noticed that Sylva was staring at him, which angered the 35-year-old man and prompted him to taunt the younger passenger for the duration of the bus ride.

When Cerezo and a friend got off the bus at the shopping mall, Sylva followed them and challenged the victim to a fight, but Cerezo declined and walked away.

According to the documents, Sylva followed Cerezo into the Macy’s men’s room at the mall and confronted him there, armed with a black machete.

‘You’re not talking any s***now?’ Sylva was said to have asked Cerezo, then ended cryptically, ‘I was sent to end you.’

Witnesses later told police Cerezo begged Sylva to spare his life, telling him he had a family, but the knife-wielding suspect appeared unmoved and reportedly said, ‘I’ve been sending demons to the moon.’ After the killing, Sylva fled to this nearby community park, where police apprehended him 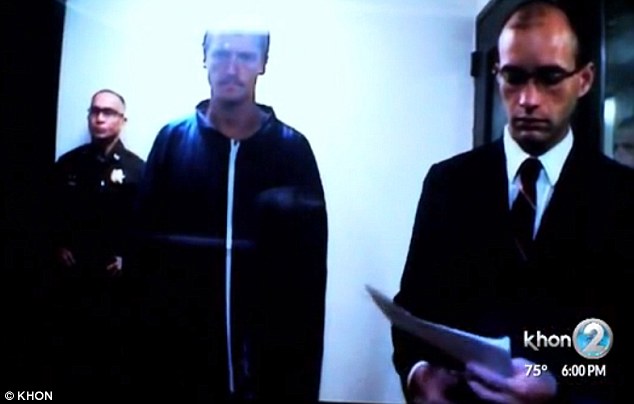 First appearance: Sylva appeared in court on Tuesday via video conference and was ordered held on $500,000 bail

Moments later, Sylva allegedly swung his machete and slashed Cerezo’s throat. He then put the blood-stained weapon into his backpack, turned toward a witness and said, ‘believe it or not, it was a demon.’

Paramedics who arrived on the scene transported Cerezo to Maui Memorial Medical Center, where he was pronounced dead.

After police acting on bystanders’ tips apprehended Sylva at the park near the mall, he allegedly admitted to killing Cerezo ‘because he was a demon.’

He also told police where to find the murder weapon, which they recovered from the brush near the tennis courts at the park.

Court records cited by Maui Now indicate the 23-year-old suspect was picked up on DUI charges in 2017 and had his driver’s license revoked for a year.