Man spurts out huge flame after inhaling from a gas cannister

This is the heart-stopping moment a man inhales from a barbecue gas cannister before holding his mouth up to a lighter and breathing out a huge flame.

Footage of the death-defying stunt was uploaded to Facebook alongside the caption ‘how to become a dragon’.

Social media users were quick to condemn the young man’s foolish actions, with one person commenting: ‘Aussies … always one step closer to extinction.’

The video starts with a young man sitting around a table, inhaling the toxic fumes whilst music blasts in the background.

The man inhales for a full seven seconds before he puts the lighter up to his mouth and breathes out flames.

A man can be heard saying ‘he’s throwing flame throwers down his mouth’ before a group laugh at the risky stunt. 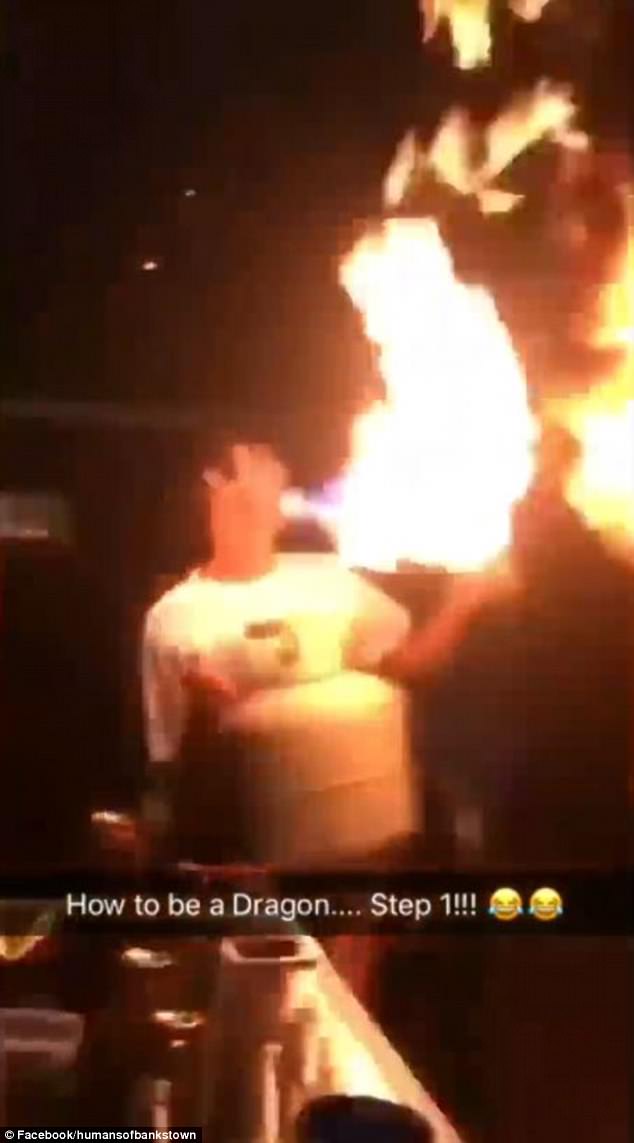 The video has since gone viral after reaching 10,000 views within the first eight hours of its posting.

‘How to become a burns victim or brain dead,’ another added.

Inhalation of gas from a BBQ can cause carbon monoxide poisoning and cause significant damage to the lungs, according to Healthline.

For more information on the inhalation of gasoline call the Poison Control Centre at 1800 222 1222.