A truck driver from North Carolina has been identified as the man who fatally stabbed three women and wounded a fourth at a Tennessee truck stop this morning before a deputy shot and killed him after he refused to drop his knife.

The Tennessee Bureau of Investigation on Tuesday afternoon identified the suspect in the stabbings at the Pilot Travel Center on Strawberry Plains Pike off Interstate 40 as 33-year-old Idris Abdus-Salaam, from Durham, North Carolina.

The Knox County Sheriff’s Office responded to a call at 7am at the truck stop to find a woman with stab wounds outside the store and a man armed with a knife in the parking lot, the Tennessee Bureau of Investigation said in a statement.

Witnesses identified Abdus-Salaam as the suspect and he refused deputies’ demands to drop the weapon, the bureau said. 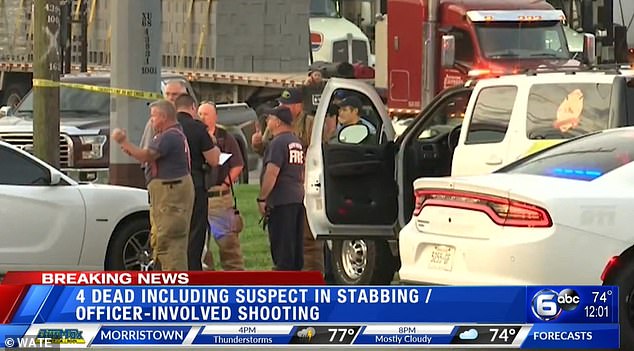 As some point during the confrontation, a deputy opened fired, striking and killing the suspect, the statement said.

Authorities found in all four stabbing victims. Three were pronounced dead at the scene from their wounds and the fourth was taken to a hospital for treatment.

The victims include Pilot employees, identified by TBI as Joyce Whaley, 57; Patricia Nibbe, 51, and Nettie Spencer, 41.

Investigators were still working to determine a motive for the deadly attack, Tennessee Bureau of Investigation spokeswoman Leslie Earhart said.

Knox County Sheriff Tom Spangler said the deputy who fired the shot was not hurt. 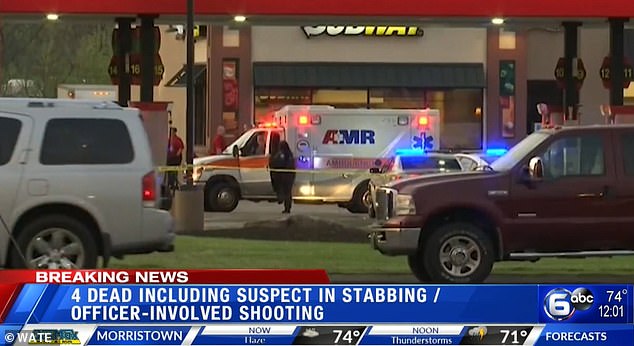 Pilot CEO Jimmy Haslam released a statement to the station WATE addressing the fatal incident at the travel center.

‘Today is a difficult day for the Pilot Company family,’ he stated. ‘We are devastated to confirm the loss of three team members and the injury of a guest after an act of violence at our Strawberry Plains, Tennessee, location this morning.