Man strips nearly naked, covers himself in peanut butter and walks into a dog park

Bizarre moment a half-naked man covers himself in peanut butter, walks into a park and lets dogs lick him after he came last in his friends’ fantasy football league

A 25-year-old man from Texas ended up stripping down to his Speedo’s and then smearing himself with peanut butter before walking into a dog park in Dallas.

Steven Shrout coated himself creamy Jif peanut butter before walking half naked into the dog’s area and standing there for ten minutes.

The Arlington, Texas, native then proceeded to let the eager dogs approach him while puzzled spectators gathered to watch.

Steven Shrout from Arlington, Texas came last in his fantasy football league and as a penalty smeared three jars of peanut butter all over him and allowed dogs to lick it off for ten minutes 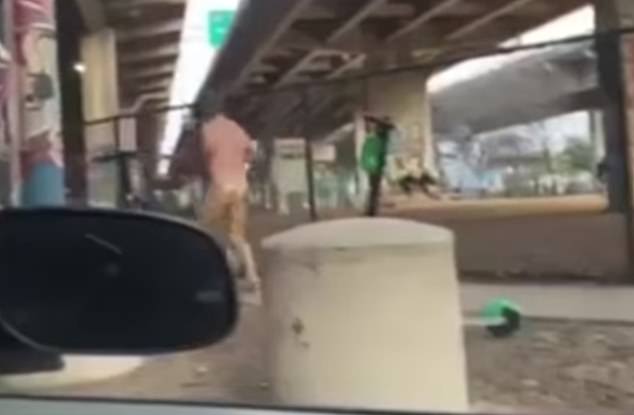 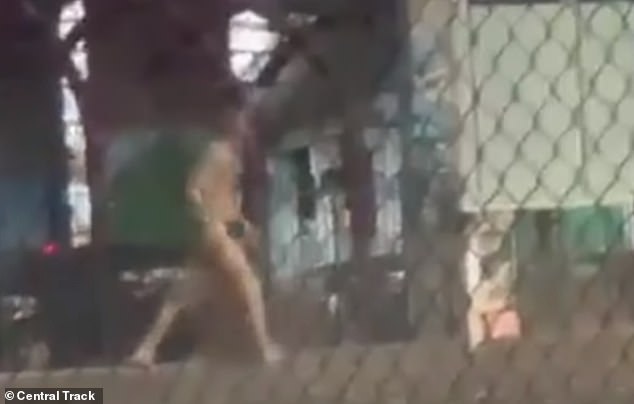 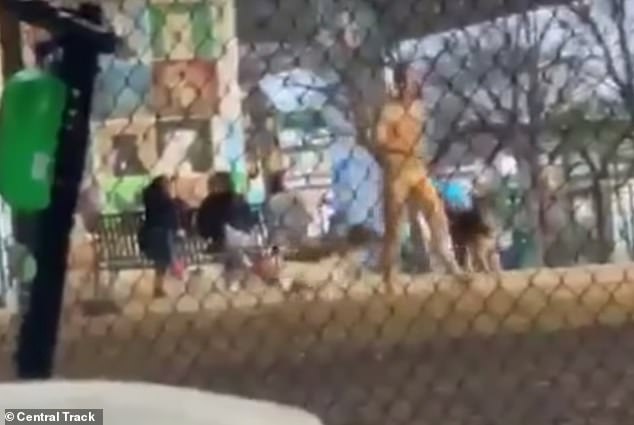 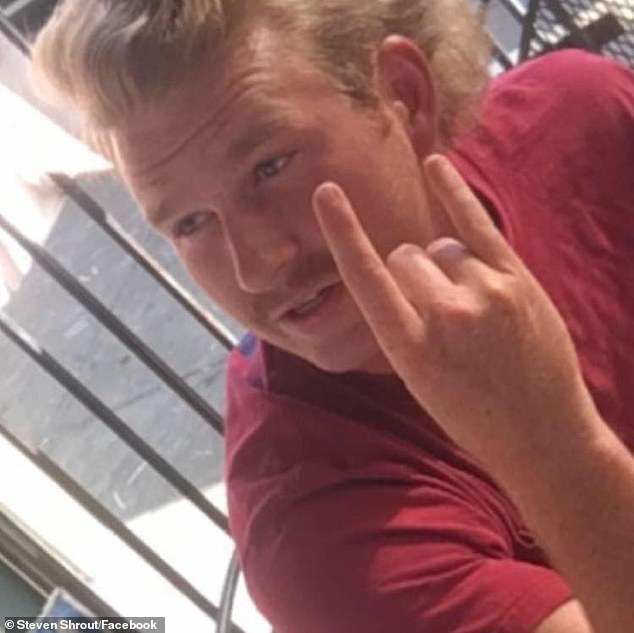 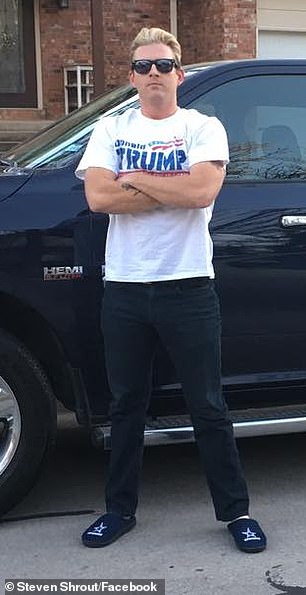 He had come in last place in his 12-person fantasy football league, the penalty for which was to pay $250 or perform the dog park peanut butter stunt.

Shrout slathered three jars of peanut butter onto his body, slipped into a gold Speedo and then walked into the park.

‘My strategy was to do it as fast as possible, and hope that not many people would see me,’ Shrout told WFAA.

‘There was a couple who walked by me down the sidewalk, they both said “EWW” and walked by so fast after that,’ Shrout said.

He claims his rookie mistake was to join the 12-team league with all of his friends from high school while knowing very little about football.

‘It was my first year, and I didn’t do any kind of studying at first. I just kind of jumped in,’ Shrout said.

He has said that although he may play fantasy football again, he will not do it with the same group of ‘friends’.