A 59-year-old man has been taken to hospital after suffering serious burns to his face and hands when his boat exploded.

Fire and emergency services were called to the scene, outside Lake Macquarie Yacht Club on Ada Street.

A man has been taken to hospital after a boat exploded and caught fire (pictured) in Belmont, New South Wales 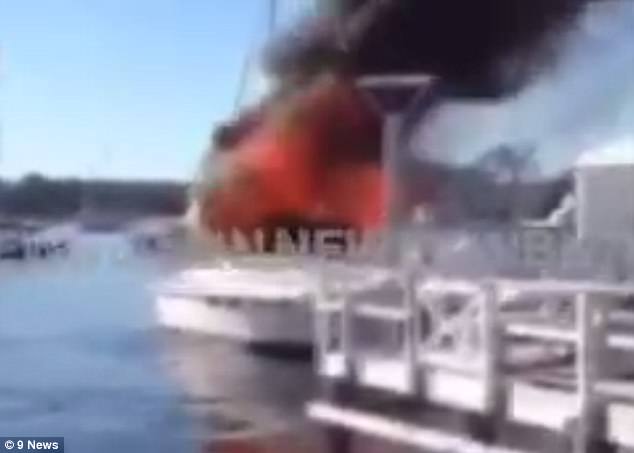 Thick black smoke can be seen rising into the air.

The man was treated by paramedics at the scene before travelling to John Hunter Hospital in the ambulance.

The man is in a serious condition.

In precautionary action the yacht club was evacuated by emergency authorities.

The cause of the fire is yet to be determined as police begin their investigation. 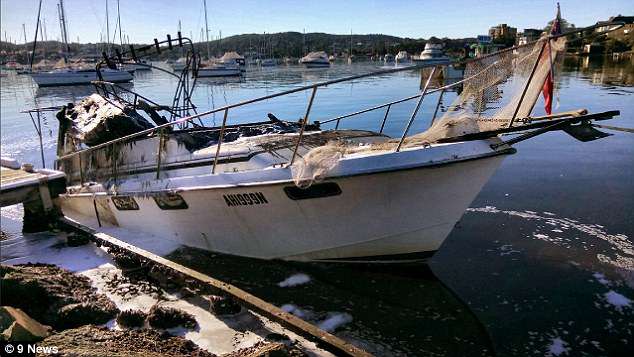