A man from Georgia who works for the sheriff’s office was caught on video telling a Spanish-speaking woman to speak English in the middle of a McDonald’s.

Cristina Riofrio, 19, posted disturbing video of the middle-aged man as he screamed at her to ‘shut the f*** up!’ at the fast food restaurant in Savannah.

The man accused the woman of coming ‘over in a f***ing boat’ despite Ecuador being part of of continental South America.

Riofrio told the middle-aged man that he was racist – a title he gladly accepted. 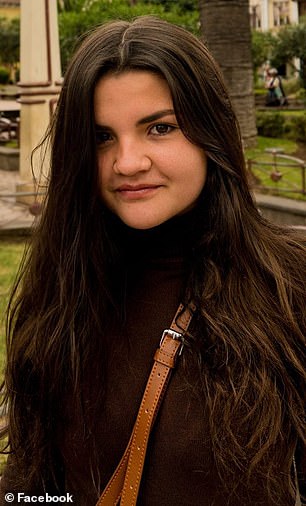 Cristine Riofrio, 19, studies at Savannah College of Art and Design says she was born in California and her parents are from Ecuador

Other diners then backed the woman up and told the bigot to leave the joint once he received his food.

‘I wish I could have said a lot of things, but at that time I was really mad and I couldn’t even speak,’ Riofrio said to WSAV.

‘Actually one of my friends cried at that moment, I felt really bad for her,’ she said. ‘But, I didn’t want him to see us cry, see us as weak, acting weak because we are not.’

‘A lot of people say, “Are you okay, are you afraid?” But I am not, actually,’ Riofrio said. ‘I am never going to stop speaking Spanish in front of white people, like I feel proud of where I am come from.’

Riofrio who studies at Savannah College of Art and Design says she was born in California and her parents are from Ecuador.

The man was then asked to leave by a McDonald’s employee according to NBC News.

‘We aren’t going to have all that,’ an employee is heard to say in the video. 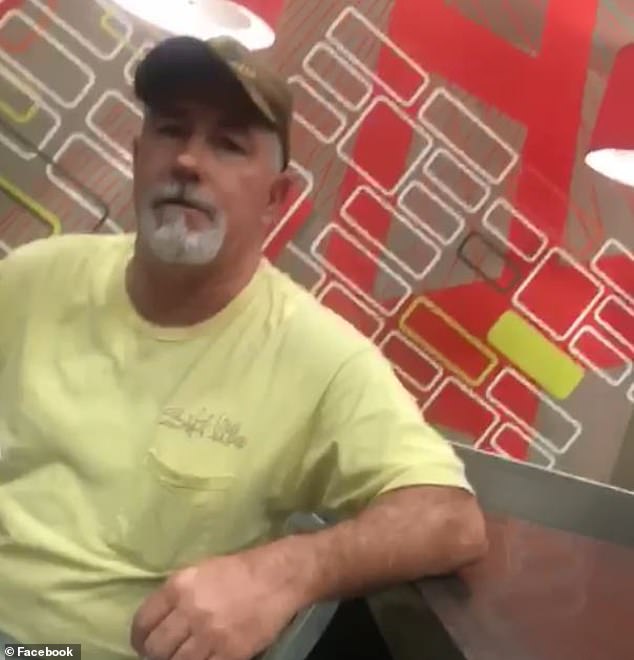 The man was fired on Wednesday. He freely admitted on video that he was a racist

Although the man’s name has not been published, with more than two millions views since the video was posted on Saturday, it wasn’t going to be long before he was identified.

The man is known to work for the Chatham County Sheriff’s Office.

Sheriff John Wilcher said he wouldn’t tolerate any behavior of that nature by anyone within his department.

The man fired from the department on Wednesday afternoon.