‘S**t happened’: Florida man is charged with assault after ‘threatening to attack someone with a machete for not flushing the toilet’

Keith Mounts, 46, has been charged with aggravated assault for allegedly threatening a man with a machete for failing to flush the toilet

A dispute concerning bathroom etiquette took a violent turn when officials in Florida say one man threatened another with a machete for failing to flush the toilet.

Keith Mounts, 46, from Hudson, was arrested on Saturday and charged with aggravated assault.

When asked by sheriff’s deputies to provide a motive for his outburst, the suspect offered this pithy summary: ‘s**t happened.’

The confrontation between the two men took place at Mounts’ home on Becky Lane in Hudson, Florida, at around 8pm.

The victim, who has not been named, claimed that Mounts pointed the machete at his face after ordering him to flush the toilet and told him he would ‘chop’ the man with the bladed weapon, according to an arrest report obtained by The Smoking Gun. 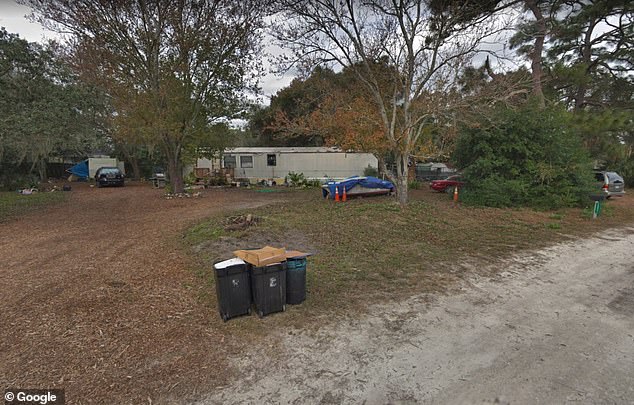 The confrontation took place in the yard of Mounts’ home in Hudson, Florida (pictured)

The victim then called 911 to summon Pasco County sheriff’s deputies, telling them he was afraid the 6-foot-tall, 160-pound Mounts would harm him. The officers were able to recover the machete in the yard.

When interviewed by the deputies, Mounts claimed self-defense but could not provide a reason for why he was defending himself against the victim.

The 46-year-old also provided a written statement, which read, in part, ‘S**t happened.’

Two hours later, Mounts was booked into the county jail on $5,000 bond.