Shocking footage has emerged of a middle-aged man getting out of his luxury sedan before attacking another motorist.

In the footage, obtained by the Herald Sun, the man can be seen approaching another car in Glen Huntley Road in Caulfield South, Melbourne.

He then throws punches through the window of a car beforeclimbing back into his car and speeding off.

As he speeds off the driver of the car in front is seen walking toward the other before checking his nose for blood and making his way back to his own car.

The footage was captured by another driver who witnessed the attack.

They said it was not clear what had prompted the road rage incident.

The fight occurred at about 2pm on Saturday afternoon as the roads were jam-packed with Christmas shoppers.

The witness said the driver of the first car was bleeding after the alleged attack and he had offered the victim something to clean up the blood.

A Victoria Police spokeswoman told Daily Mail Australia that so far the incident hasn’t been reported to police. 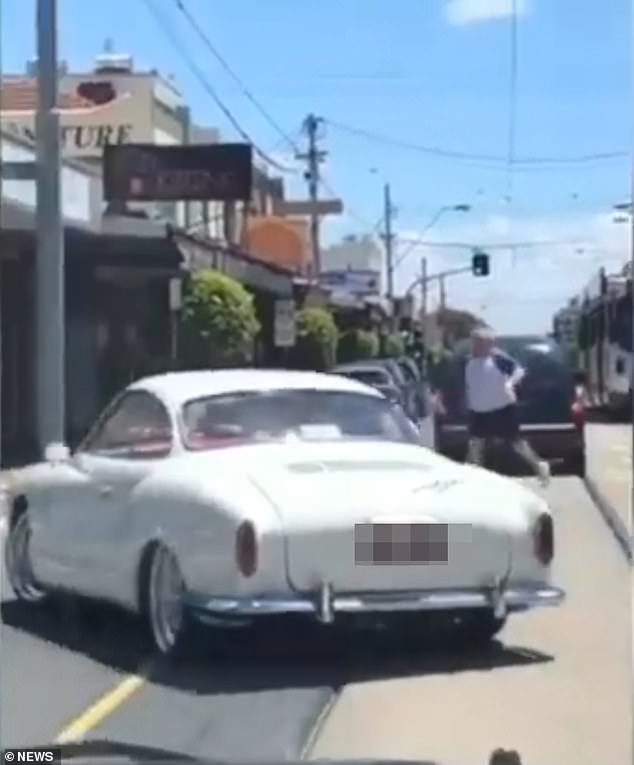