Man accused of murdering girl, 16, and stuffing her body in a barrel found on an abandoned ute will stand trial for the shocking crime

The man accused of killing a teenager and stuffing her body in a barrel will stand trial for murder after a witness testified he beat the 16-year-old purple.

An associate of body-in-barrel victim Larissa Beilby says she tried to help the battered teen after the man accused of her murder ‘beat her purple’ in the lead up to her death.

Larissa’s battered body was found rotting inside a barrel on the back of a ute abandoned at a residential complex on the Gold Coast on June 28 last year.

Zlatko Sikorsky, 36, is accused of murdering and torturing the teen on June 23, with one witness telling the hearing he wanted to ‘knock’ her because she knew too much.

Chantelle Maker told a committal hearing at Beenleigh Magistrates Court she gave the 16-year-old methamphetamine in the lead up to her death to protect her from Sikorsky after he beat her up.

‘She needed to stay awake so she could still be alive. She was purple from head to toe,’ Ms Maker said on Wednesday.

‘That purple that I was so frightened for her that when he went for a shower I snuck out and got her phone so she could put it all over social media.’

‘Because she wouldn’t go to the police station with me.’

Ms Maker said she was ‘petrified’ of Sikorsky, who she alleged had abducted her on more than one occasion and threatened to kill her.

She also recalled the day when she helped Sikorsky allegedly steal the black ute that Larissa’s body would later be located on.

Sikorsky was committed to stand trial for murder in the Brisbane Supreme Court at a later date. 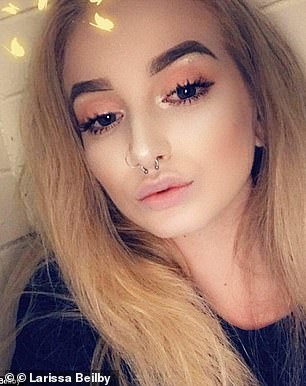 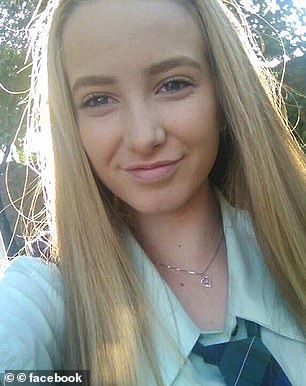