A man attacked a woman with an axe and a tomahawk for weeks and injured her so badly she needed five operations in 10 days, a court has heard.

Glenn Anthony Leigh, 27, from the Victorian city of Ballarat, pleaded guilty to a slew of offences at Geelong County Court on Tuesday, including false imprisonment, intentionally causing injury, and possessing a handgun without a licence.

The court heard how he ‘tortured’ the woman at his Delacombe home last year for more than three weeks.

Leigh’s attack on the victim left her with permanent injuries including partial numbness to her face, lost vision in her right eye, plus bruising and lacerations which required surgery.

Glenn Anthony Leigh, 27, from the Victorian city of Ballarat, tortured the woman at his Delacombe home last year (stock image)

The court heard that Leigh would abuse the woman in front of other people and on one occasion, he imprisoned the woman by tying her to the bed.

Crown prosecutor Andrew Moore told the court that Leigh abused the woman so severely that he instructed two of his associates to drive her to her mother’s house so she could be taken to hospital.

The woman’s mother read an impact statement during court and said her daughter needed to have an operation every second day for 10 days due to the violence she suffered at the hands of Leigh. 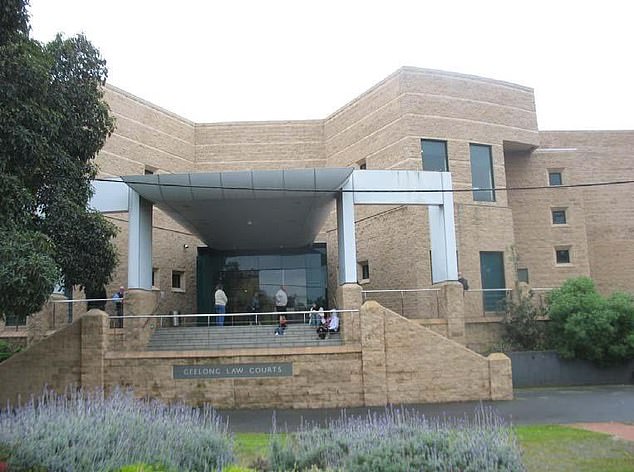 Leigh’s attack on the victim left her with permanent injuries including partial numbness to her face, lost some vision in her right eye, and suffered from bruising and lacerations which required surgery (pictured Geelong County Court)

The mother told the court that Leigh has scarred her family for life and they no longer trust in the good of others.

‘I lost the daughter I raised because of what you did,’ the woman said, according to the Geelong Advertiser.

The woman expressed how her family live in constant fear that Leigh would ‘come after them’ as well.

‘My nightmare will continue … I will never feel safe again.’

Judge Gerard Mullaly adjourned the hearing and Leigh’s sentencing will be held in late August at Ballarat County Court.

Leigh will be sentenced next month.