‘Sometimes things are meant to be:’ Manchester United arrive into training as Ole Gunnar Solskjaer gets ready to fly out to Barcelona… where he pulled off mission impossible 20 years ago

Ole Gunnar Solskjaer insists he does not believe in fate, but admits ‘sometimes things are meant to be’ as he gets ready to return to the Nou Camp this week.

Twenty years on from his dramatic injury-time winner in Barcelona that sealed Manchester United’s treble, Solskjaer is hoping to mastermind another comeback.

His side are 1-0 down after losing the first leg of their Champions League quarter-final at Old Trafford last week thanks to a Luke Shaw own goal. 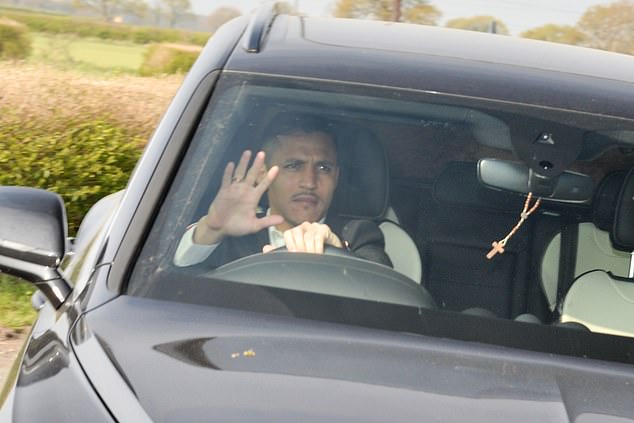 United fly out to Spain at midday on Monday before a press-conference at the ground, followed by training on the pitch.

Nemanja Matic and Alexis Sanchez are set to travel, but it is unlikely that Ander Herrera will feature.

On returning to the scene of the final in 1999, where he and Teddy Sheringham swung the game in injury time, Solskajer admits to ESPN: ‘I don’t believe in fate but I do believe that you get what you deserve.

‘Sometimes things are meant to be if you really go it.

‘I’m not the type to think: “This makes me proud.” I will feel the butterflies, I will be excited. I cannot wait to get going because it’s the biggest stage.

‘It’s against the best club of the last 10 or 15 years. Since [Pep] Guardiola took over they have been absolutely brilliant.’