‘The time has come… it’s NOW’: Angry Gary Neville urges the Glazers to sell Manchester United after more protests against the owners before defeat by Brighton in Erik ten Hag’s first game

His comments come after manager Erik ten Hag’s new era got off to the worst possible start, with United losing 2-1 against Brighton on Sunday as fans protested outside Old Trafford at the Glazers’ ownership. 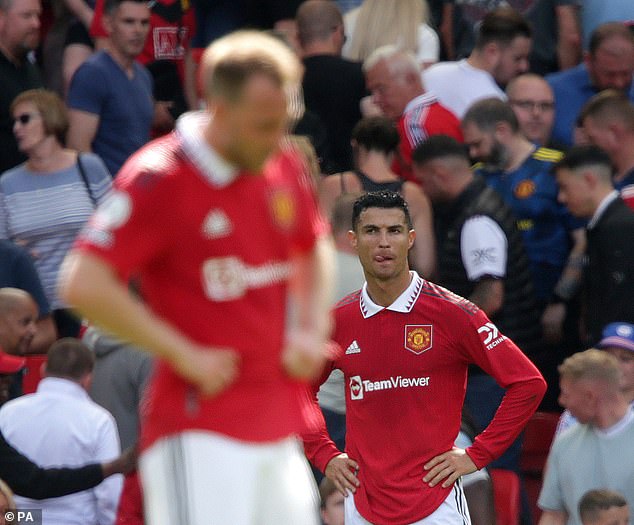 He said: ‘The time has come for the Glazer family to sell the football club. It’s now. They are the easiest team to play against in the league – that’s a massive worry. The openness of them is unbelievable. It will have been a shock to him (Ten Hag) after a promising pre-season.

‘The people above him should have known that was an unacceptable situation to hand Erik ten Hag that squad. Ten Hag will be disappointed… the reality has hit home. The coach needs time so I won’t have a go at him. And it comes a time where I won’t even have a go at the players anymore.

‘If you have a business and the people in that business can’t do the job for you then you remove them from the business. It’s abuse to keep them in the job for longer as they don’t enjoy it either. The reality is those players need replacing or supported more by better players. These things have been known for a long time.’ 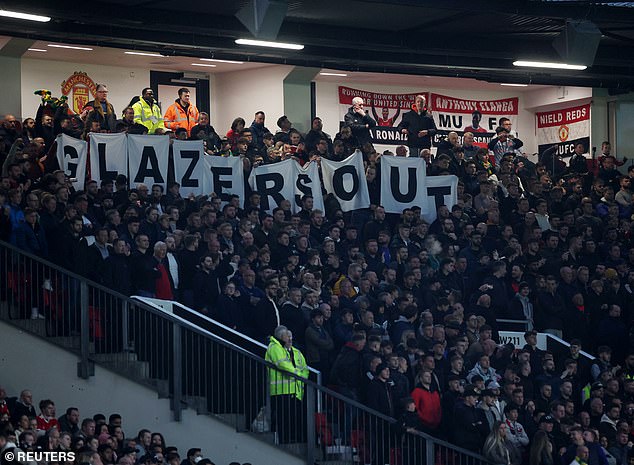 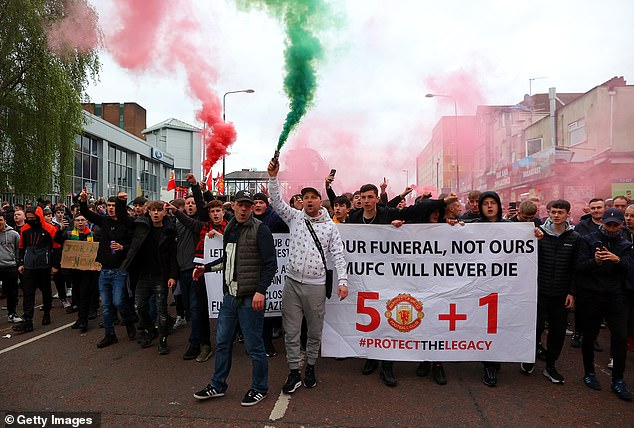 The 47-year-old also blasted the club’s recruitment this summer after their failure to sign top target, Barcelona midfielder Frenkie de Jong, despite a three-month pursuit of the Dutchman.

He added: ‘I am concerned about every element of the recruitment… there is a little bit of despair that the coach, an outstanding coach, has not been given the tools he needs so he can start the season with a revitalised squad.

‘There is a feeling if they get Frenkie de Jong it will be a successful window. It won’t be. They needed a lot more than De Jong. They might not even get him, although I hope they do as he’s an important player for the coach. There will be a bit of panic at the club as the pressure will be big from the media, the fans.’ 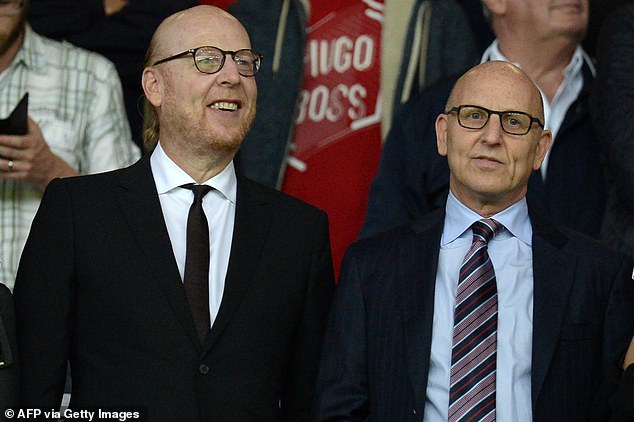 The Glazers, who have been owners since 2005, have regularly taken sums of money out of the club, with many fans furious at their latest £11million pay-out.

A statement from the Manchester United Supporters’ Trust in June said: ‘Today the Glazers pay themselves the lion’s share of an £11m dividend at the end of one of the worst seasons in living memory.

‘Reward for failure is poor practice in any business, and totally unacceptable given the current state of things at United. MUST is advocating and pursuing a strategy of engagement with the club and its owners, to get a stronger voice for fans, but this payment is indefensible.

‘We will be making this point, and demanding answers, in our direct meetings as well as through our representatives on the fans’ advisory board and fans’ forum.’

United legend Gary Neville also slammed the club’s owners as he tweeted: ‘The Glazer Family should not be taking £11m in dividends this Friday. It isn’t right with the investment needed in the team, stadium and training ground.

‘The club’s cash position is low compared to previous years. An announcement is needed to halt it for the next three years minimum.’