Rio Ferdinand described Manchester United as ‘a team of strangers’ after they were dumped out the Champions League by Sevilla at Old Trafford on Tuesday night.

Sevilla ran out 2-1 winners courtesy of a second-half double from Wissam Ben Yedder, as Jose Mourinho’s side paid the price for a display Ferdinand labelled ‘nervous and cautious.’

Romelu Lukaku scored in the 84th minute, but his consolation was nowhere near enough to put United through. 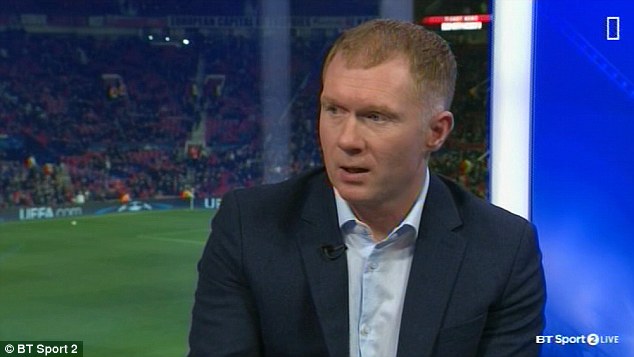 Former United defender Ferdinand said on BT Sport: ‘Terrible. I didn’t see this result or performance coming, they looked like a team thrown together full of strangers.

‘They went out there and played nervously and cautiously, you’ve got to take the game by the scruff of the neck. They gave nothing for the fans to cheer about.

‘Top teams don’t pick and choose when they play. They are consistently good.

‘There will be teams licking their lips to play Sevilla in the next round. They are a decent team but they don’t frighten you. Before the goals they didn’t look like they’d score for six months.’ 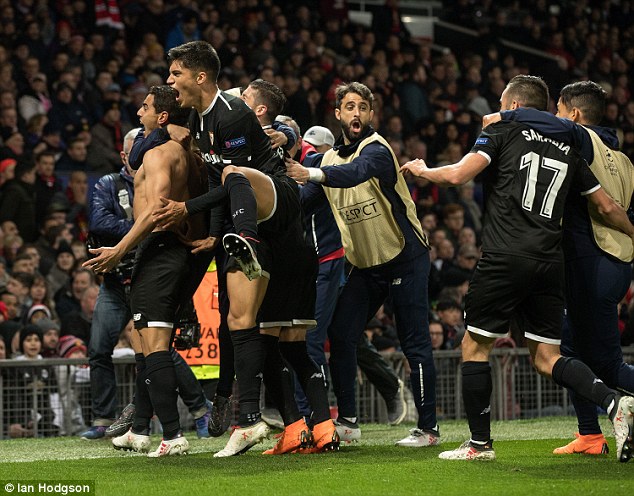 Mourinho surprisingly included Marouane Fellaini in his line-up, handing the Belgian his first start since November 22.

The towering midfielder was replaced after 59 minutes by Paul Pogba and Scholes was not impressed by what he saw from his former club.

‘We can’t use the fear of an away goal as an excuse, you have to say they’ve been poor,’ Scholes said. 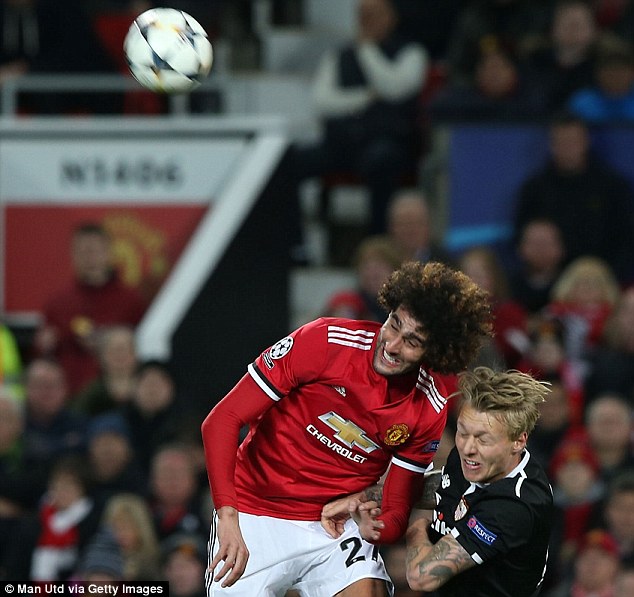 ‘When it seems your main plan is to knock the ball up to Fellaini at the back post and play for knock downs, that’s not good enough in the last 16 of the Champions League. You have to be better than that.

‘Rashford was so exciting at the weekend against Liverpool on the left-hand side but he’s been put out on the right in order to get Sanchez into the team.’

Fellaini has been absent from the Manchester United squad after suffering from a recurring knee injury in recent months.

Scott McTominay, who impressed against Liverpool, was left on the bench while Pogba also missed out on a place in the starting line-up before being given 30 minutes to shine by Mourinho. 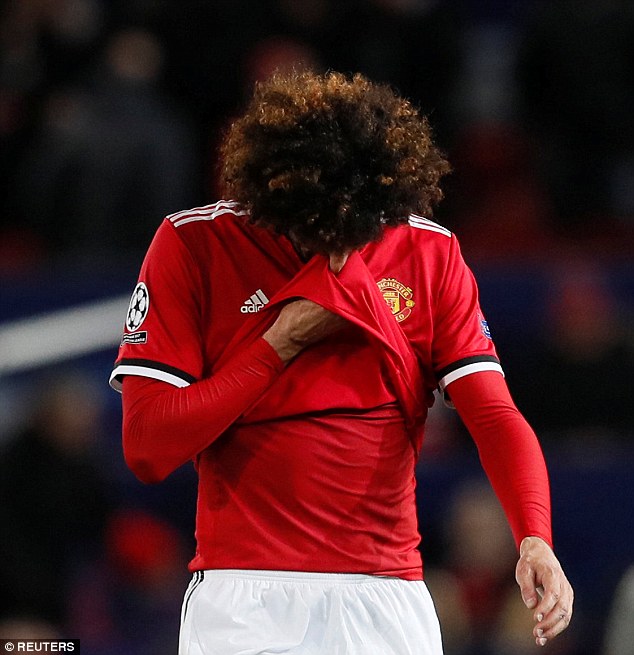