Jose Mourinho cut a calmer figure as he attended a Hublot watch launch a day after he lost his cool following Marouane Fellaini’s late winner against Young Boys.

The Portuguese slammed a crate full of water bottles to the floor after Fellaini’s goal saw Manchester United progress to the last 16 of the Champions League.

However, there were no theatrics on Wednesday night at the Bulgari Hotel after sponsorship partner Hublot named a watched after Mourinho. 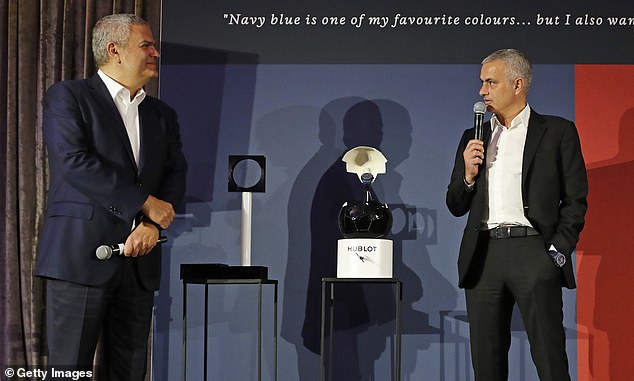 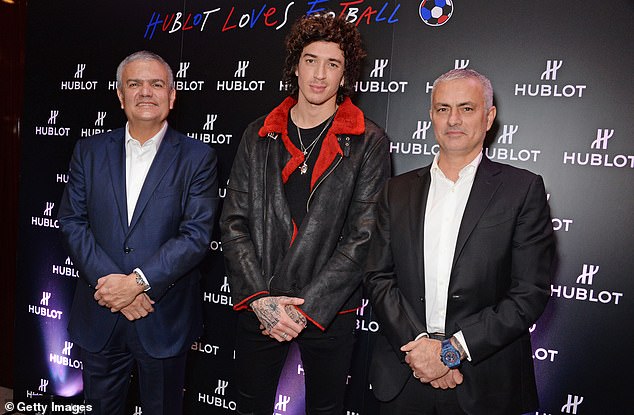 Guadalupe, singer-songwriter Julian Perretta and Mourinho were all smiles on Wednesday 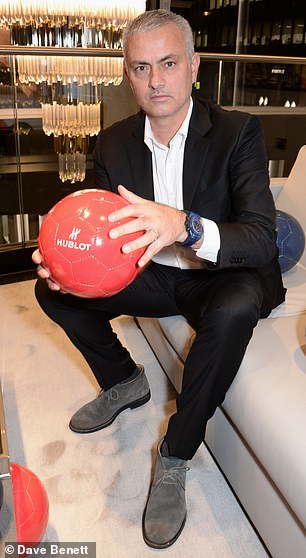 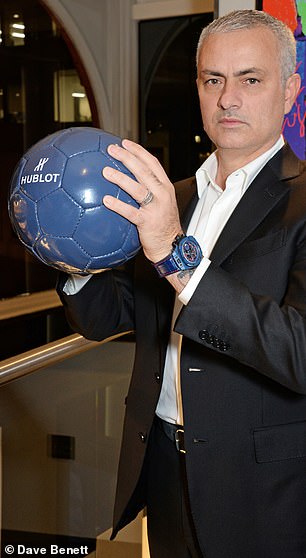 The Swiss watch company have named their latest product ‘The Special One’ in a nod to the current Red Devils boss.

Mourinho said he was privileged to have a watch named after a nickname he has garnered over the years in top-flight management at the likes of Chelsea, Inter Milan and Real Madrid.

He said: ‘Today, I’m honoured to receive a second watch bearing my name from Hublot, and I’m particularly happy about this one.

‘Since we started working together, I’ve been extremely impressed by the work ethic, technical knowledge and inventiveness of the brand’s watchmakers and engineers.

‘Values that are very useful on the football pitch. And above all, we share the same passion, the same madness: football!’

And Hublot CEO Ricardo Guadalupe said of naming the watch after Mourinho: ‘If I hadn’t already known his nickname, I’d definitely have given him the same one after meeting him.

‘Jose really is a one-off, unique in his nature and his expectations. Qualities that we share. Mourinho and Hublot, The Special Two!’

Mourinho has been a Hublot ambassador since 2014 and often attends events when he doesn’t have other commitments.

The latest ‘Special One’ watch is a mixture of blue — Mourinho’s favourite colour — and red as he believes it gives the timepiece added character.

Mourinho fans will have to act quick if they want to get hold of the watch as only 200 have been made. 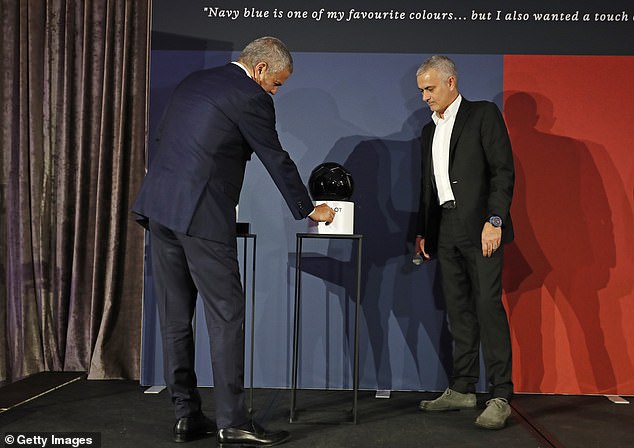 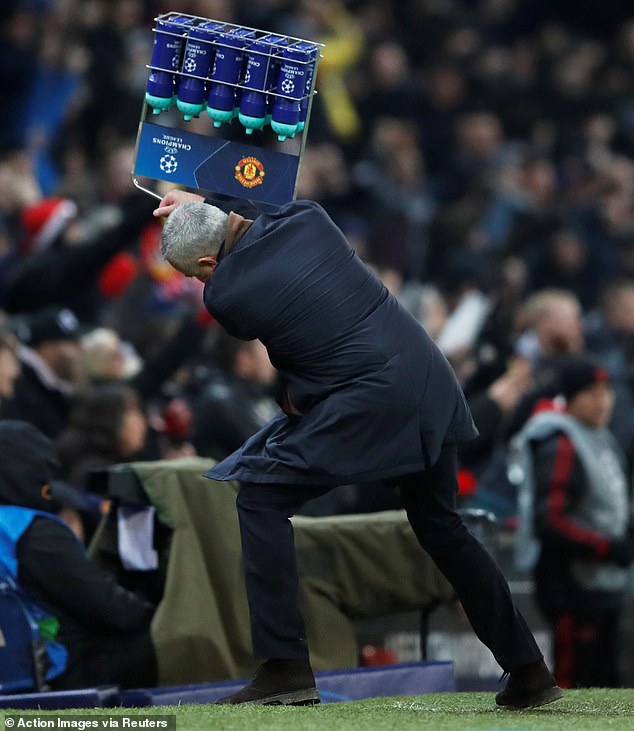 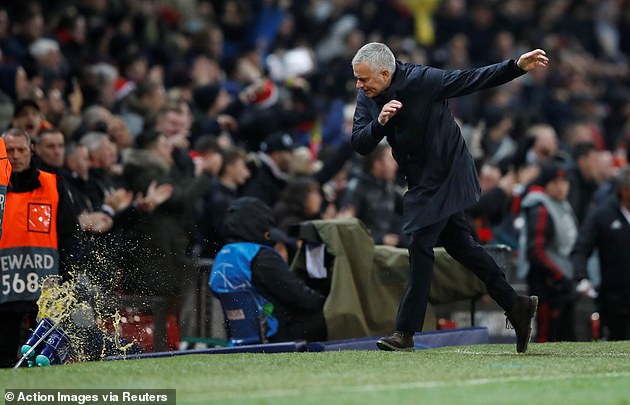