Scott McTominay described his first start in the Champions League for Manchester United as a dream come true after helping his side to 2-0 win over Benfica at Old Trafford.

The 20-year-old’s only previous experience in Europe’s elite competition was a 60-second cameo in an away tie to the Portuguese side, but he was handed the keys to United’s engine room by Jose Mourinho on Tuesday night.

After an assured display helped all but seal United’s place in the knockout stages with a fourth win in four games, McTominay says he felt as though he had completed his journey through the academy. 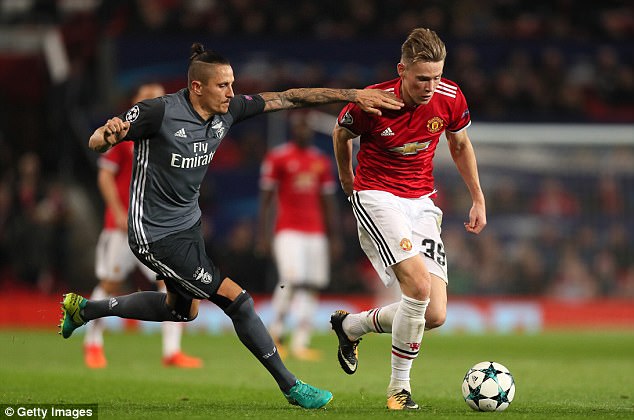 Speaking to BT Sport, McTominay said: ‘As a young boy growing up you dream of playing in the Champions League with United.

‘All the years through the academy watching the first team players and nights like these are brilliant and I’m made up.’

With Paul Pogba and Marouane Fellaini out through injury, Mourinho has kept United winning despite a massive loss of experience in the centre of the park. 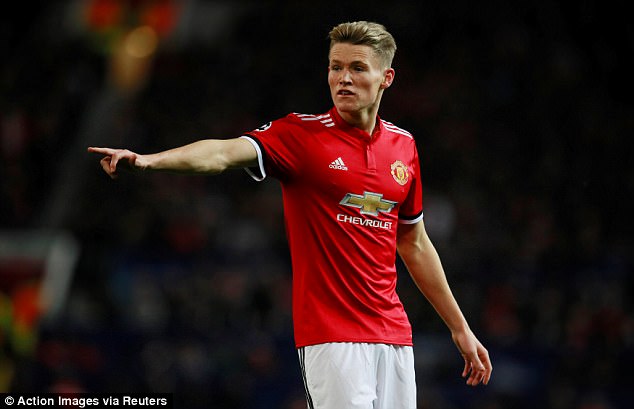 According to former star Paul Scholes, McTominay’s performance proved he was more than capable of being a worthy understudy until those star names are once again fit.

The BT Sport pundit said: ‘McTominay did well. He was very confident, passed the ball well, whatever he did he was comfortable.

‘If there’s ever a problem with the first team he’s more than capable of stepping in.  He should be very proud of his performance tonight.’

An own goal from goalkeeper Mile Svilar and a penalty from Daley Blind helped to seal victory for Manchester United on the night, leaving them needing just one more point from their last two games to secure top spot. 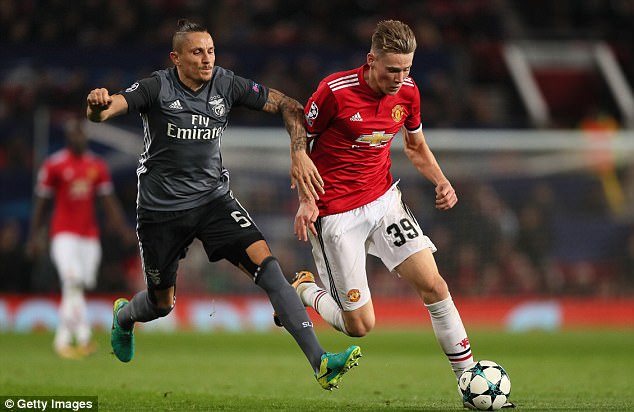