On days like this, all seems well in Jose Mourinho’s world.

Manchester United played with a fluency and a spirit that suggests they are a lot closer to the end of the ‘transition’ he has spoken about than some may think.

They were two goals up inside 20 minutes and cruising. Romelu Lukaku reached a century of Premier League goals, Alexis Sanchez scored his second for United, Jesse Lingard excelled, and Paul Pogba gave a striking performance befitting a man who turned up with blue and blonde hair. 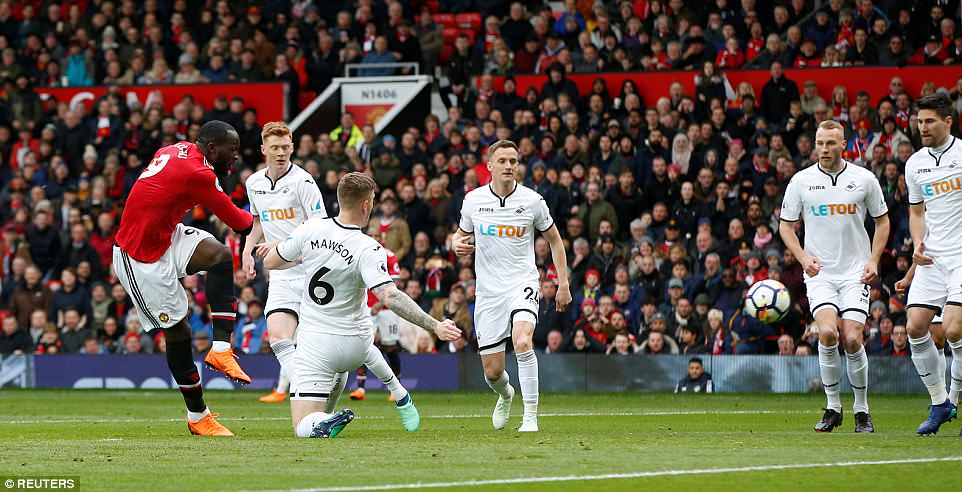 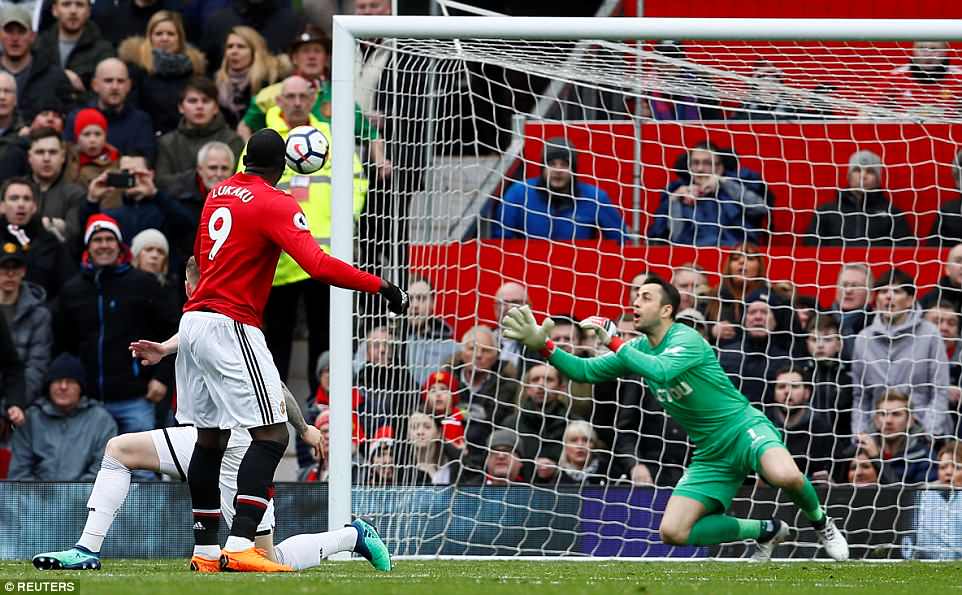 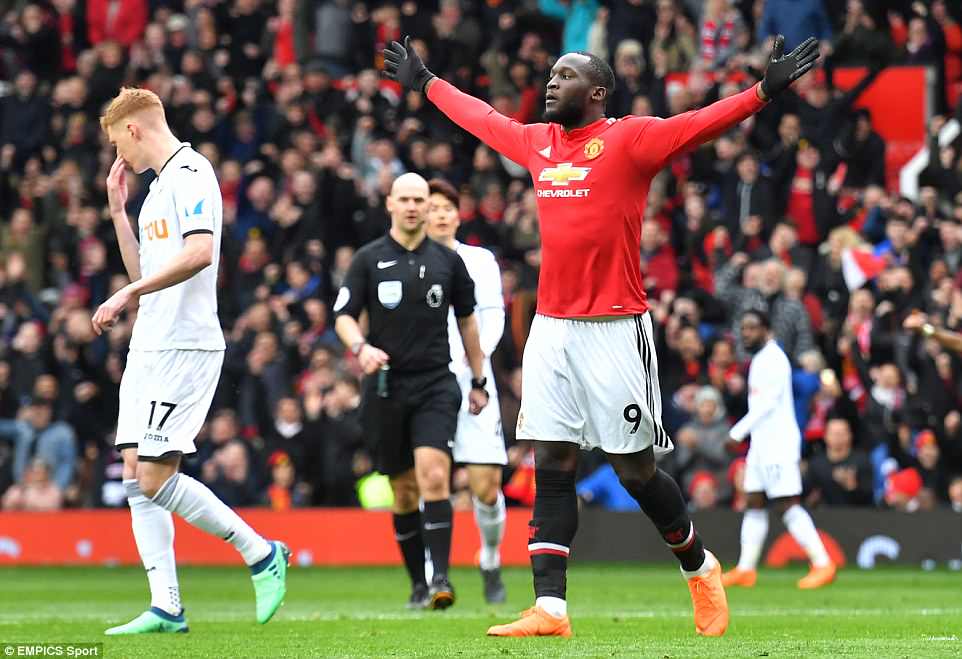 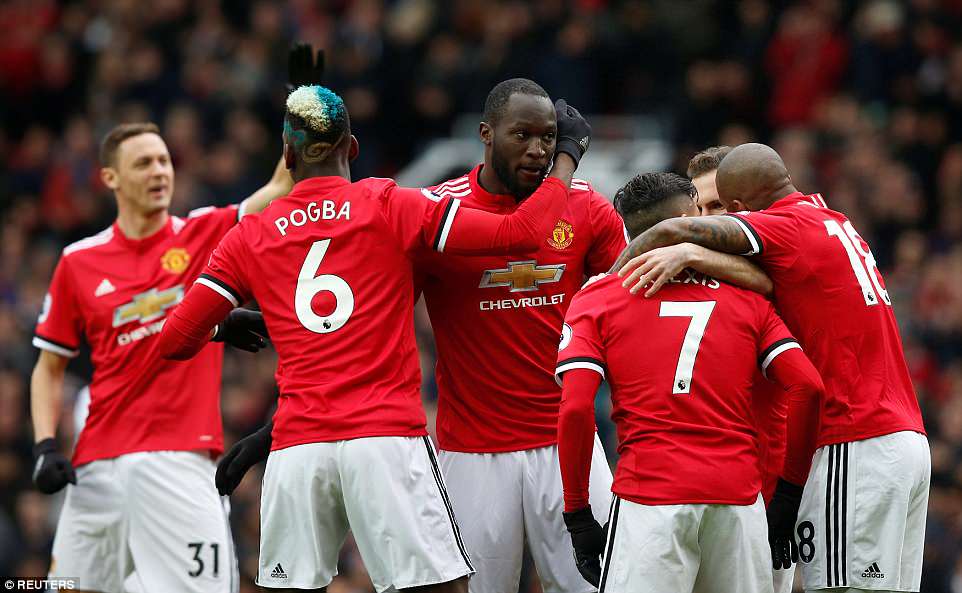 Mourinho’s Portuguese compatriot Carlos Carvahal had prepared for the trip to Old Trafford by describing him as the ‘king of football’, and for an hour Swansea played like a team who felt inferior.

Carvahal has done great work since taking over in South Wales last December, but Swansea will need more self-belief and resolve if they are to see the job through and stay in the Premier League.

Mourinho may well be a king in Carvahal’s eyes but, unfortunately for him, the only coronation he is likely to see any time soon is Manchester City being confirmed as champions.

For now, the United manager can console himself with the fact that United reclaimed second place after Liverpool’s win at Crystal Palace in the early kick-off and are likely to hold onto it if they can play like this for the remainder of the season.

It came after a particularly rocky period in the campaign. Sanchez and Pogba disappeared on international duty clearly unhappy about how their club careers are progressing. Luke Shaw is equally disgruntled, although he had to stew at Carrington for the duration of the international break after being ignored by England.

Shaw also had to be content with a seat back on the bench after he was replaced at half-time against Brighton a fortnight ago, while Pogba and Sanchez – unused substitutes in that game – were restored to the line-up. 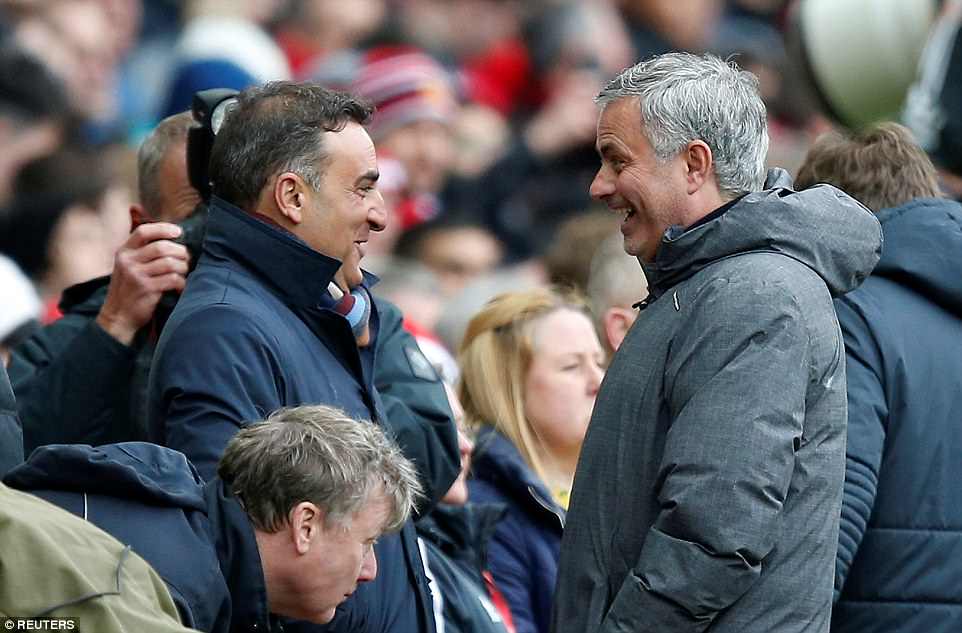 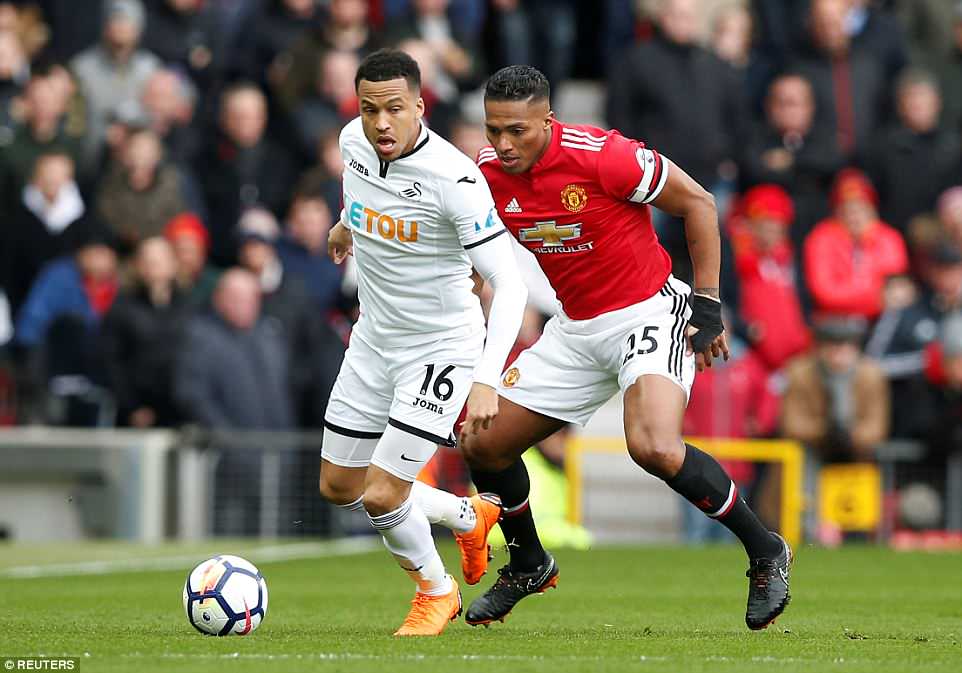 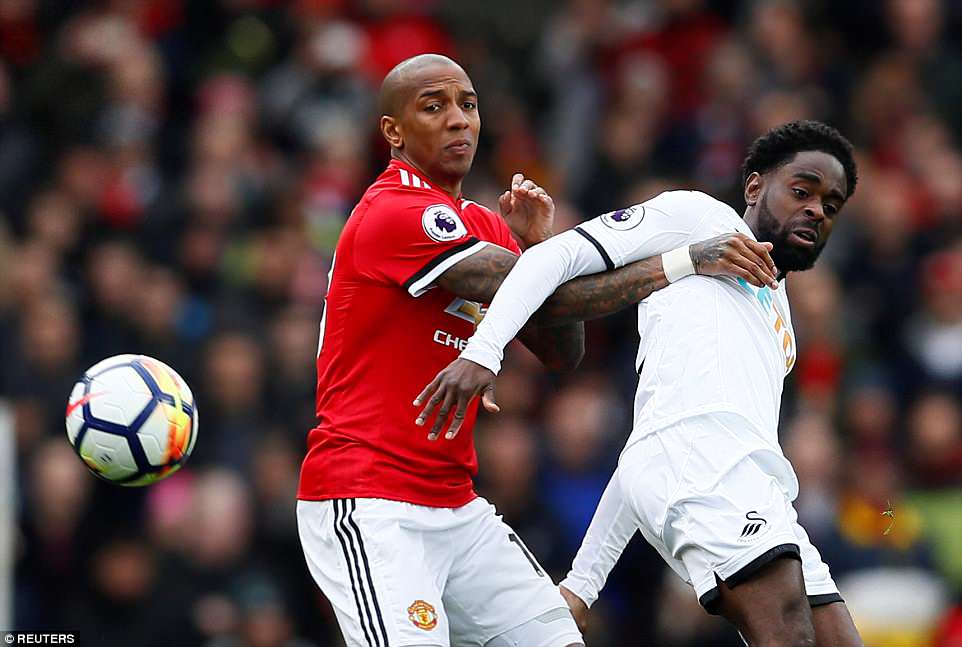 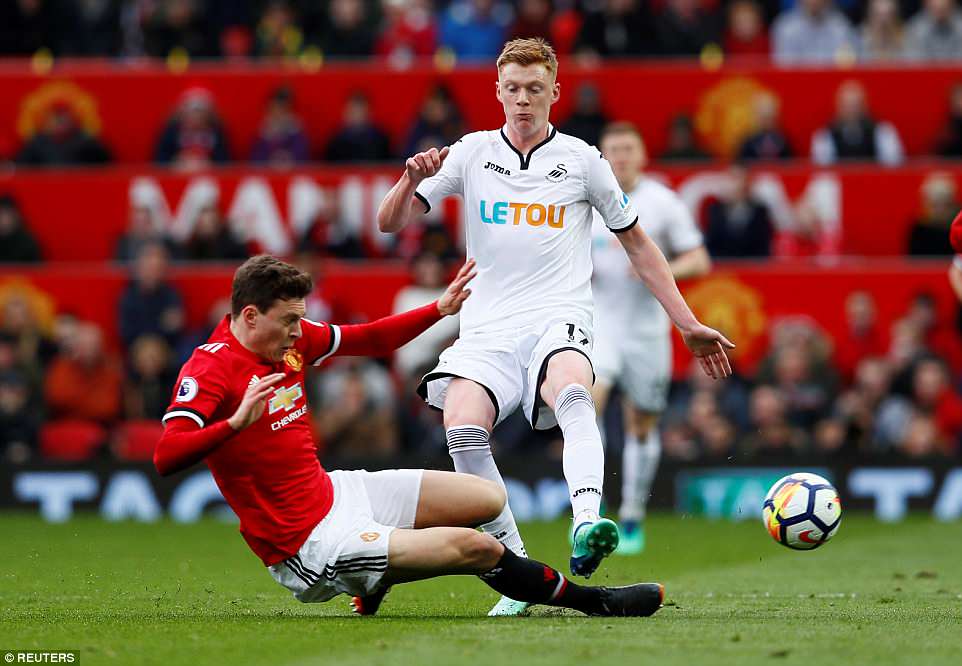 Mourinho had criticised all his players, with the exception of Nemanja Matic, after that game and they were clearly in the mood to give their manager a response here.

The game was less than five minutes old when Lukaku became the first Belgian of the 28 players to score a century of Premier League goals.

It owed everything to United’s ability to move possession quickly, just as Mourinho had demanded to no avail a fortnight ago.

Matic and Lingard worked the ball to Sanchez inside the box and he shifted it quickly to Lukaku. The big striker’s shot would probably have gone in anyway but took a deflected off Alfie Mawson and reared up past Lukasz Fabianski. Lukaku sank to his knees and raising both hands to the sky as Old Trafford celebrated with him.

He was a whisker away from scoring goal No 101 minutes later when Matic and Lingard combined again. The ball was flicked into Lukaku’s path by Lingard, and his shot was turned away by Fabianski. 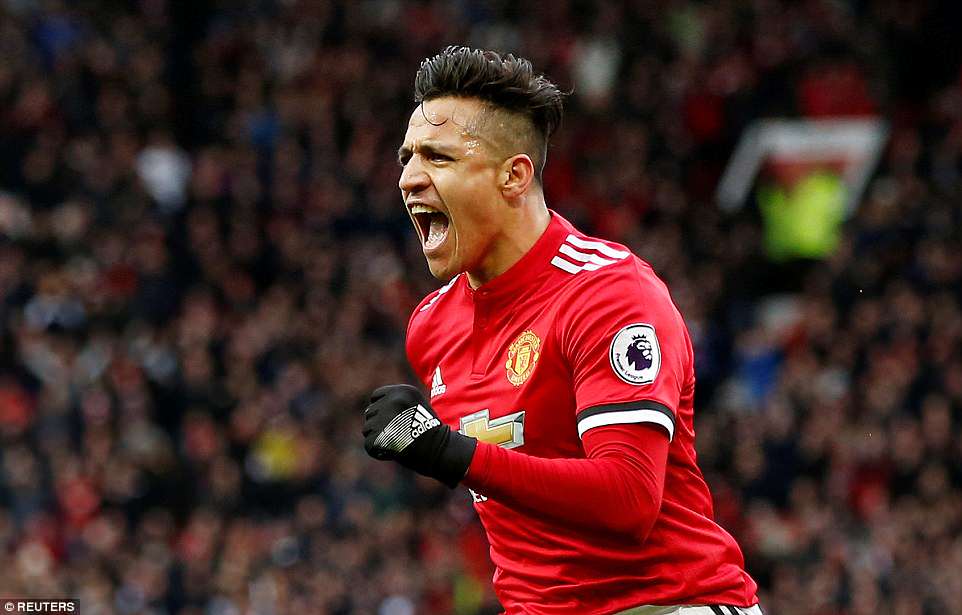 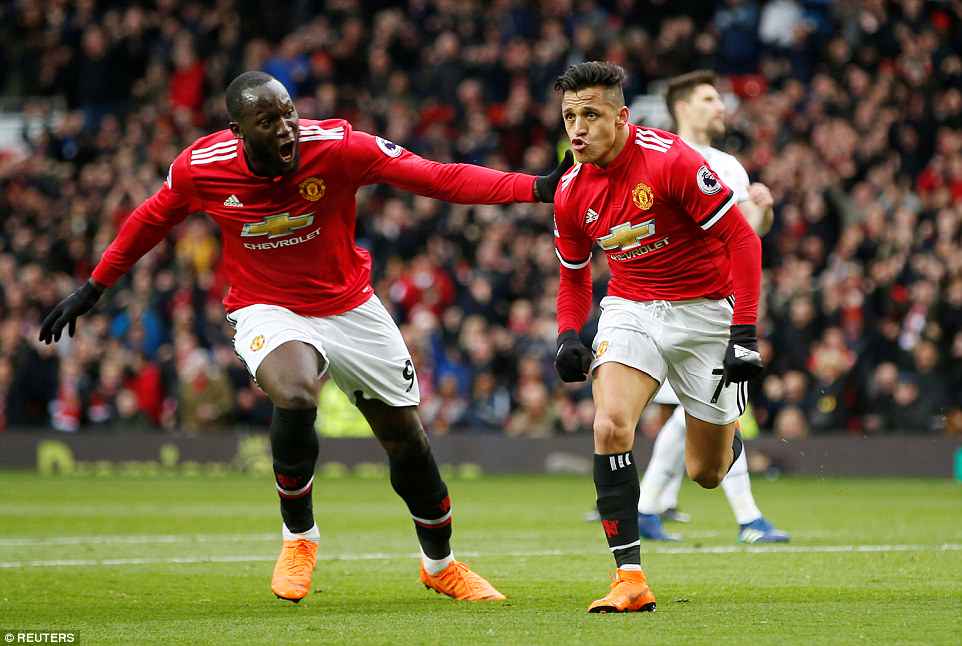 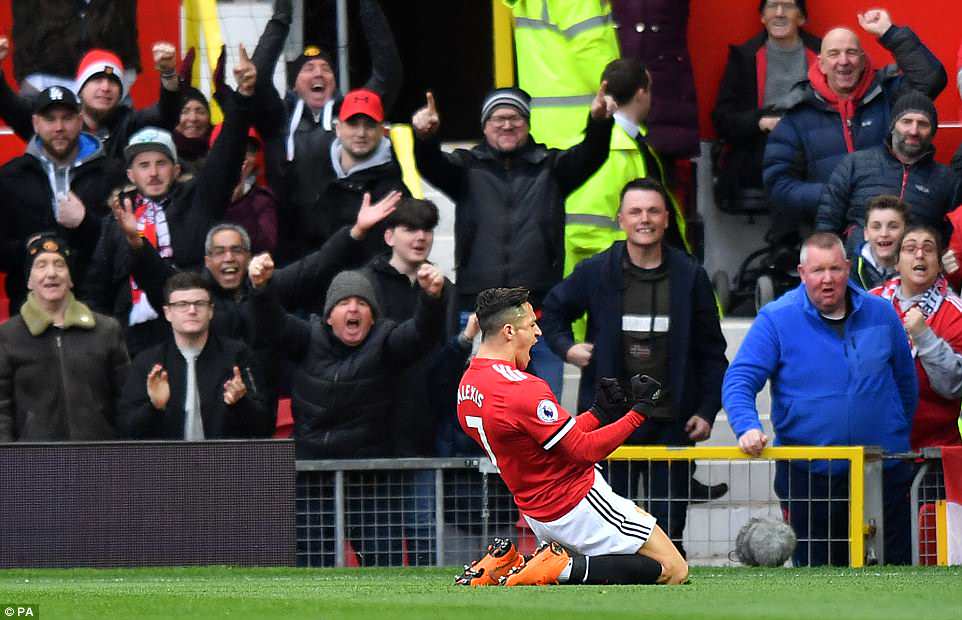 However, United extended their lead in the 20th minute and again it was the speed of movement and passing that caught out Swansea. Lingard slipped the ball through for Sanchez who got a shot away before Mike van der Hoorn could reach him, steering it home from 15 yards.

Sanchez, too, could have had a second when Ashley Young got to the byline to nod Lukau’s far-post cross back into the play, but the Chilean completely fluffed his shot from eight yards.

Swansea didn’t offer the slightest threat going forward, and Carvahal decided that changes were needed at half-time. He sent on Tom Carroll for the more defensive Ki Sung-yueng and striker Tammy Abraham for Nathan Dyer at the interval. Wayne Routledge followed for Sam Clucas 10 minutes later.

But it was still United who had all the chances. Sanchez headed onto the roof of the net after Lukaku had guided Juan Mata’s cross back across goal. Pogba then found Mata unmarked with a wonderful pass, but the Spaniard couldn’t keep his volley on the turn from sailing over. It was reminiscent of Mata’s miss against Liverpool here earlier in the month, and a chance he should really have taken. 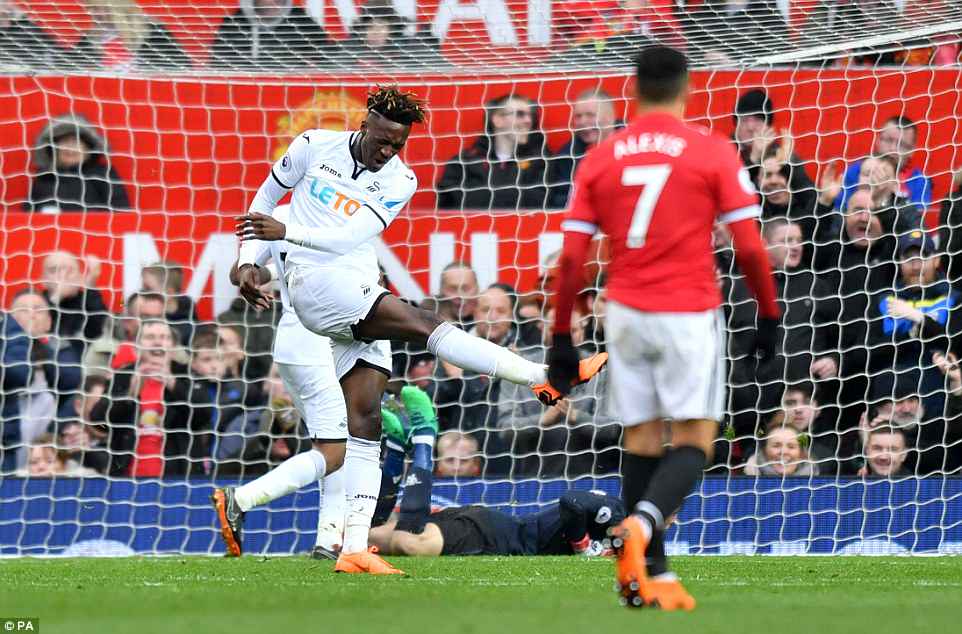 The first chants of ‘Come on City’ had just been heard from the frustrated away fans when Swansea forced David de Gea into action for the first time on the hour mark, not once but twice. Both efforts came from Abraham and both produced excellent saves by United’s No 1.

First, Abraham controlled Carroll’s pass into the box and turned inside Victor Lindelof before forcing De Gea to beat a shot away at his near post. Then, he met Martin Olsson’s cross from the left with a low volley that the keeper shovelled around the post.

That was about as shaky as it got for United. Lukaku had another chance before the end when he controlled Pogba’s pass and forced a fine save from Fabianski from close-range, but the result was never really in doubt.

If only there were all as straightforward as this for Mourinho.