Jose Mourinho says he regrets his outspoken comments about Arsene Wenger when their bitter rivalry has boiled over.

Wenger faces his last trip to Old Trafford as manager of Arsenal on Sunday as he prepares to end a 22-year reign at the club.

The Frenchman has built up an intense rivalry with Manchester United and Sir Alex Ferguson during that time, but his enmity with Mourinho became increasingly personal.

The former Chelsea manager infamously described Wenger as ‘a voyeur’ and ‘a specialist in failure’. The two men were also involved in a physical altercation on the touchline in October 2014.

Asked if he regretted the negative incidents, Mourinho said: ‘Yes I do and probably he also does.

Mourinho paid tribute to Wenger for bringing the best out of United and Chelsea down the years, and expressed a wish that United fans give him a fitting tribute on Sunday. 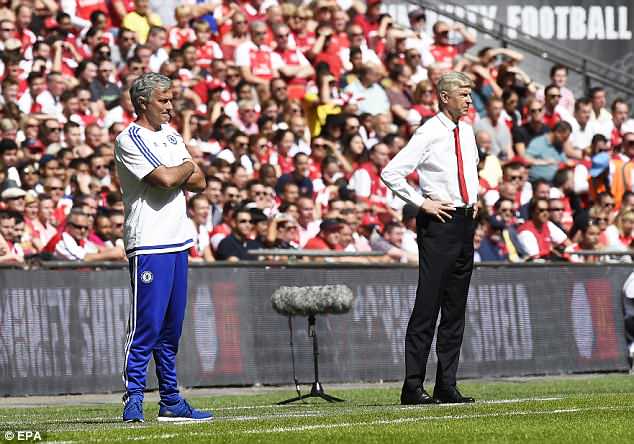 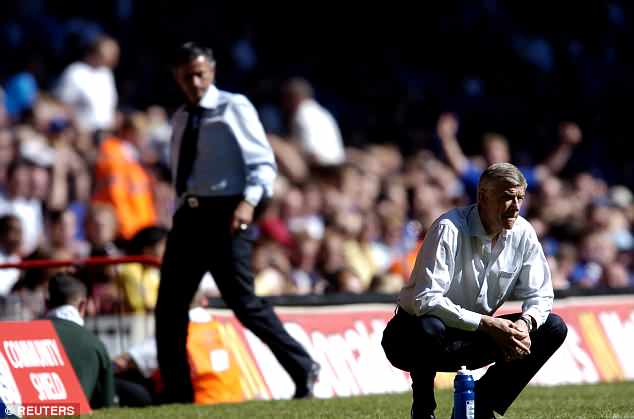 He added: ‘I always feel the biggest rivals are our biggest friends because they’re the ones that pushed us to the limit. I think Manchester United fans know that, until 2004 for about a decade, it was between United and Arsenal.

‘It was between Sir Alex and Mr Wenger, and I think that these great teams Arsenal had and the fight shoulder to shoulder with Manchester United made United better and better.

‘I hope he has a good reaction – if not good then not bad at all, and from us club he is going to feel the respect we have.

‘When I arrived in England 2004, Arsenal was the champion and the famous Invincibles. For the next couple of years was with them, (Dennis) Bergkamp, Thierry (Henry), (Sol) Campbell, amazing team, so again thank you very much for that, they pushed us to the limits. We had big matches, big fights, so thank you so much for that.’ 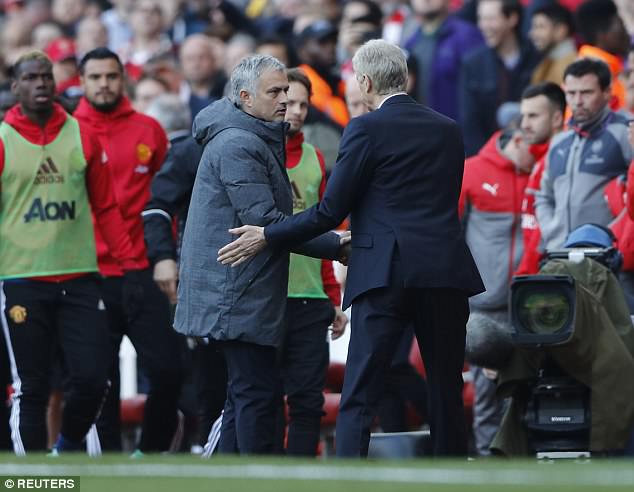 Mourinho still made a pointed reference to the Europa League and his belief that holders United would have won it again this season had they not progressed to the Champions League instead.

Arsenal are facing a major challenge to reach the final after drawing 1-1 at home with 10-man Atletico Madrid on Thursday night. 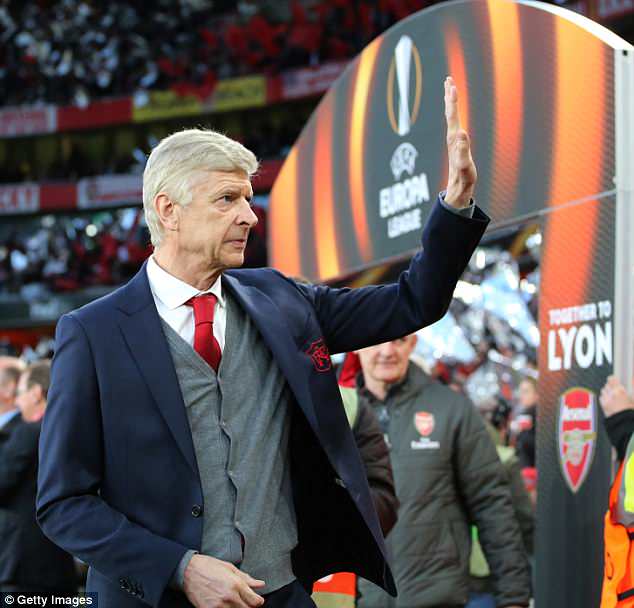