‘The merit is all his’: Fred’s personal trainer reveals the hard work the star has put in to turn around his career at Manchester United after tough start

Fred’s personal trainer Julio Horta has given an insight into the work the midfielder has carried out to turnaround his Manchester United career – but believes the star deserves all the credit.

The Brazilian had a difficult first season after arriving at Old Trafford in a £52million move from Shakhtar Donetsk in the summer of 2018.

He had already been capped by his country and played in the Champions League while with the Ukranian side.

But poor form and a supposed lack of defensive nous saw the 27-year-old fall out of favour under then-manager Jose Mourinho, while he also struggled to establish himself when Ole Gunnar Solskjaer took charge.

However, Fred has impressed during the 2019-20 season, racking up 39 appearances in all competitions.

And it appears extra workouts away from United’s training facility have played a part in his return to form.

Horta played down his own role in Fred’s revival, telling the MEN: ‘I can say that the merit is entirely his. He has dedicated himself a lot to get where he is currently. 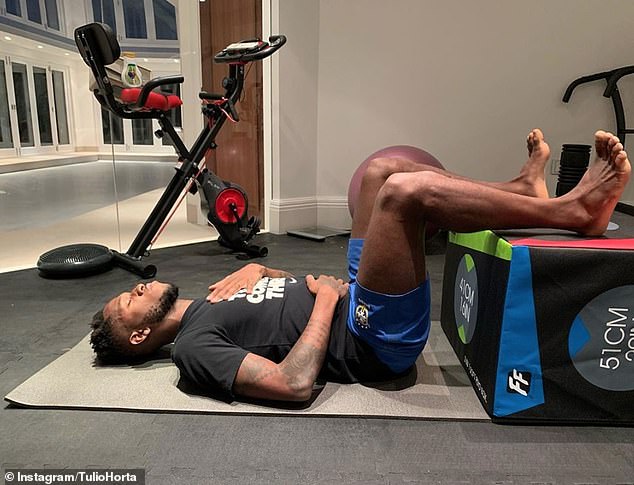 ‘We know that performance is something that is not easily achieved, commitment, effort and self-responsibility are necessary and Fred fulfilled all these factors very well together with the club, that does an excellent job with all the players.

‘My contribution with Fred is to help him manage all the factors that influence performance – physical conditioning, sleep quality, nutrition, hydration and mindset.

‘These are independent actions but they are related and have a high correlation with sports performance. Any athlete needs to present a balance in these areas, in order to be able to maintain good levels of performance.

‘We monitor his quality and quantity of sleep, body weight, level of muscle, and mental fatigue every day. 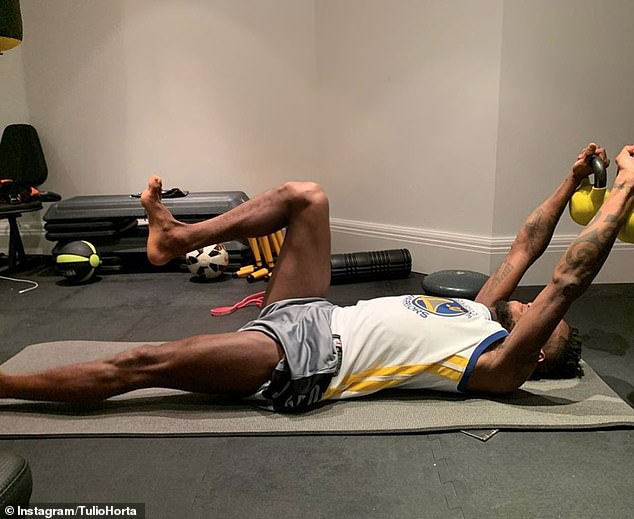 ‘We do training sessions in order to improve his movement quality and energy use during training and games.’

Like the rest of United’s squad, Fred is currently self-isolating as they wait to find out how the rest of the Premier League will be played.

Horta has adapted the fitness sessions he is conducting for Fred through video calls during the break from action. 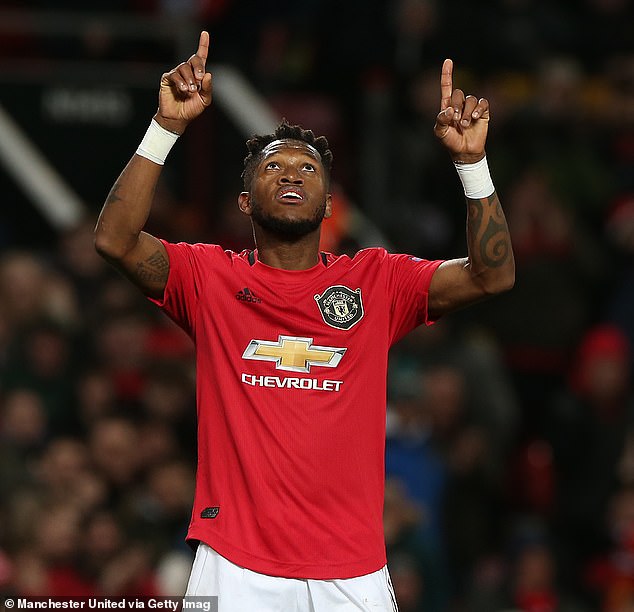 Fred, like United’s other players, is in self-isolation and has been working out over video call

‘Now in quarantine, we are also doing sessions of strength, power and endurance training, which are determining factors in football,’ Horta added.

‘The club sends the players a training schedule and we adapt our work to follow the same way, keep Fred well-conditioned and work on other factors that during many periods is not possible.

‘Such as increasing the tissue quality of his muscles, which is one of the factors that helps prevent injuries.’