A teen visiting Hawaii at the invitation of a freed death row inmate has been charged with murdering a man in a triple-shooting outside of a night club.

Jordan A. Smith, 18, is charged with murder, attempted murder and four gun offenses after police say he fired 10 shots outside Club Alley Cat in Honolulu early Saturday, striking three and killing one.

Smith had recently arrived in Honolulu from Delaware at the invitation of Isaiah McCoy, 29, who was freed from death row in January after a judge found insufficient evidence to convict in his retrial for murder.

Now McCoy claims racism is to blame for Smith’s arrest, as he says it was in his case.

McCoy said he was putting police and prosecutors ‘on notice’ and predicted they would ‘lose their jobs’ for misconduct unless Smith was cleared of all charges. 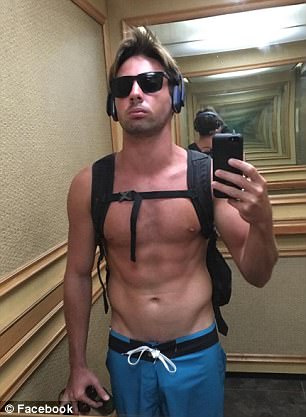 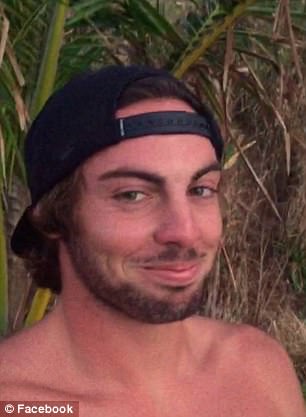 Killed: Shooting victim Maleko Remlinger (left and right) was relaxing with friends after finishing his shift at a restaurant in Honolulu’s Waikiki neighborhood when he was fatally shot 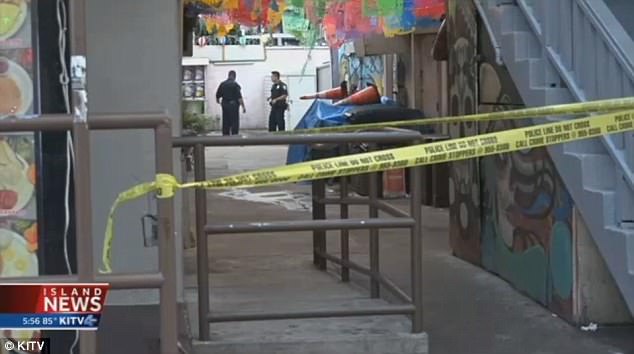 Crime Scene: The shooting occurred outside Club Alley Cat around 6am on Saturday. Witnesses described a black male with a rifle firing at least 10 shots before fleeing

McCoy, who had an extensive criminal record before he was charged with murder in a 2010 drug-deal shooting in Delaware, was also arrested on Sunday on an outstanding traffic warrant.

He had moved to Hawaii with his family after being freed from death row.

McCoy recently invited Smith to visit him, saying he wanted to offer the teen who has an extensive arrest record in Delaware a fresh start.

Not long after Smith arrived in Honolulu, an Uber driver says he saw the teen attacking a woman on the sidewalk with ‘haymaker’ punches on September 14.

‘I saw her slump…I assumed that that was her losing consciousness and he continued to beat her with haymaker-style punches,’ the driver, who asked not to be identified, told the local news outlet.

‘I jumped out of the car and ran into the situation, yelled at the guy to get off her, and I was hit on the left and right side,’ he continued.

Smith was charged with assault in the incident and released on bond, which McCoy claims put him on police radar and led investigators to target him after the shooting two days later. 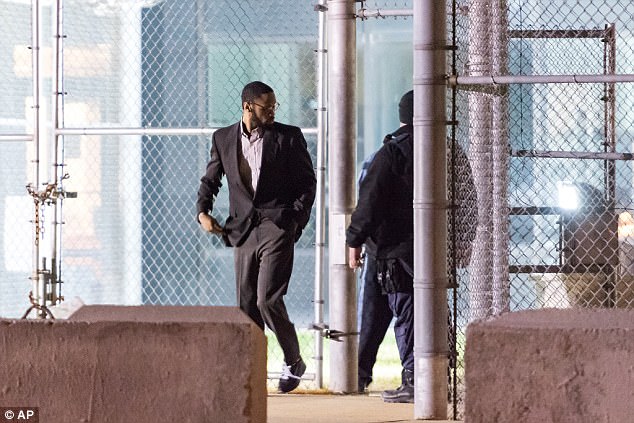 The suspect in the murder was visiting Isaiah McCoy, who served six years on death row in Delaware. Pictured: McCoy walking free on January 19 after his acquittal in a retrial

‘He’s just a new face, so it’s easy for him to be a scapegoat,’ McCoy said.

McCoy declined to answer questions about whether he or Smith were present at the time of the shooting, saying only: ‘Jordan Smith did not commit a murder in Hawaii.’

The horror shooting unfolded around 6am Saturday, when a group of restaurant and bar workers in the Waikiki neighborhood got together after their shifts, a tradition known locally as ‘pau hana’.

At that hour, one of the few places open was Club Alley Cat, a hole-in-the-wall strip club known for the mature age of its performers and tricks involving ping pong balls and goldfish.

Dawn was breaking as group of about 20 friends congregated in the alley outside the club, when shots rang out.

‘I saw a black guy with a rifle. And then we came over he just started shooting,’ witness Seiuli Sale Wells told KITV. ‘Those people that stayed in front of the Alley Cat got hit, and the rest they just ran.’

Shooting victim Jonny Correa said the gunfire was indiscriminant: ‘He was directly in front of me when he pulled the gun out. He definitely wasn’t aiming at one person. He just started spraying everywhere. I got hit once.’ 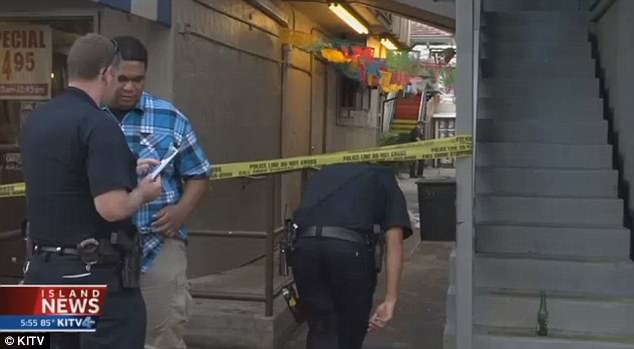 Honolulu cops investigate at the scene of a fatal shooting on Saturday. The shooter fired 10 to 15 shots in the confined alley, before sprinting away to a suspected waiting car, said witnesses 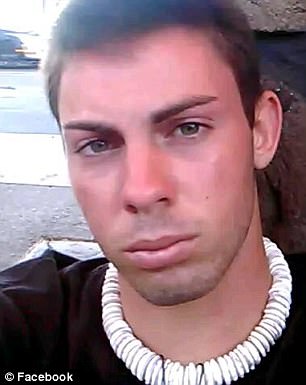 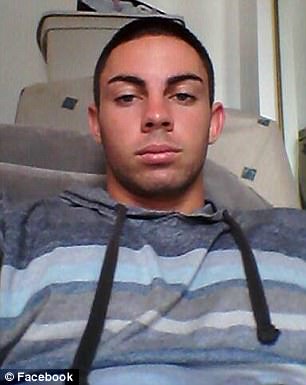 Maleko Remlinger (left and right) had just gotten off his shift when he was struck in the indiscriminate hail of gunfire. He was a graduate of Keaau High School and an athlete

The shooter fired 10 to 15 shots in the confined alley, before sprinting away to a suspected waiting car, said witnesses.

Two others, including Correa, were struck in the arm and buttocks and survived.

Police have not yet revealed how the investigation led to Smith, but he was arrested in the company of McCoy on Sunday after a 36-hour manhunt.

McCoy, who has been outspoken on criminal justice issues, says he has contacted lawyers on the mainland and is bringing in private detectives to bolster Smith’s defense. 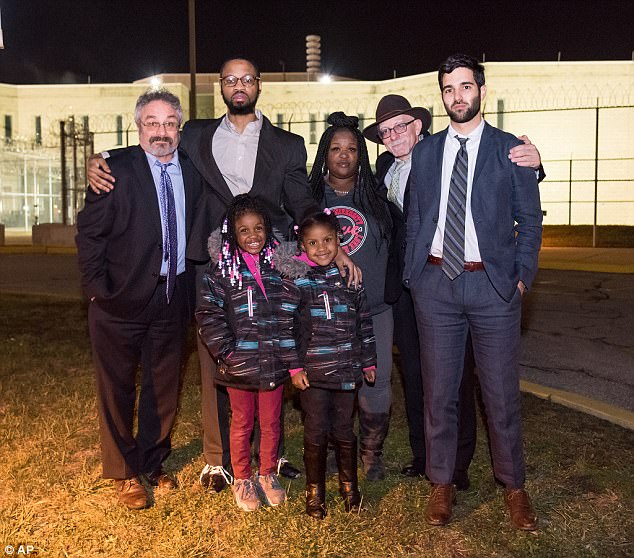 McCoy is seen with his legal team, two daughters, and their mother after gaining his freedom from death row in January

On January 19, McCoy walked free from prison in Delaware after six and a half years on death row.

He had been convicted in the 2010 killing of 30-year-old James Munford during an alleged drug deal behind a bowling alley in Dover.

The judge who acquitted McCoy in a retrials noted that there was no physical evidence linking McCoy to the crime, and said the two alleged accomplices gave contradictory testimony against him.

‘I think that the time is now for the youth, people in my age group, to become part of a movement.’