The founder of a company which was blocked from giving away the instructions to make untraceable 3D guns for free says he will now sell them to get around the judge’s order banning him from giving them away.

Cody Wilson appeared at a press conference on Tuesday afternoon to say he planned to ignore the judge’s restraining order issued earlier in the day.

‘Anyone who wants to get these files is going to get them. They can name their own price,’ Wilson, who owns Defense Distributed, said.

He claimed to have already sold 400 people the plans.

Cody Wilson (posing with one of the untraceable guns in 2013, when he first made it) vowed to sell the plans to make them instead of giving them away for free after being blocked by a judge from posting them online

On Monday, a Seattle judge agreed with 19 states and blocked Wilson’s efforts over concerns they posed a security risk.  U.S. District Judge Robert Lasnik extended a temporary restraining order, and his new decision will last until the case is resolved.

He said Wilson wanted to post the plans online so that citizens can arm themselves without having to deal with licenses, serial numbers and registrations.

He wanted to do it for free but, given the order on Tuesday, will now let customers who want them name their price.

Now, Wilson is raising money on his website to pay for his legal fund. Memberships to Defense Distributed range in price from $5 for a one-time subscription to $1000 for a lifetime membership.

It is not immediately clear on the company’s website what each level of financial commitment buys.

On Tuesday afternoon, Wilson said he would sell the plans to make them via USB sticks, secure transfers and email.

He told reporters that he’d be the ‘iTunes’ of 3D guns if he was not able to be the ‘Napster’.

Wilson had said that ‘governments should live in fear of their citizenry.’ He likens the ability to being able  to print guns to having free speech, claiming computer code will become the speech of the future. 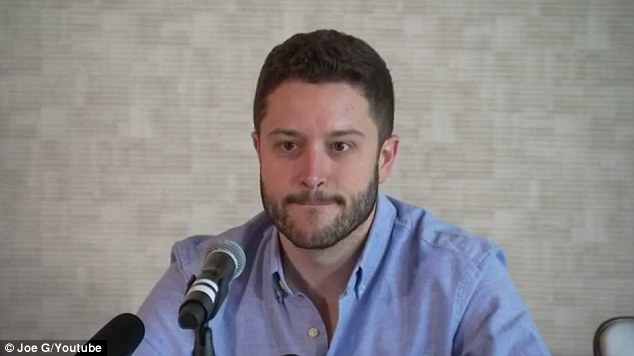 Wilson spoke at a press conference in Austin, Texas, on Tuesday to vow to push on with his plan to make the guns accessible to the public

‘I have an activist intent.’

The judge disagreed and characterized his efforts as downright dangerous.

‘It is the untraceable and undetectable nature of these small firearms that poses a unique danger,’ Lasnik said. 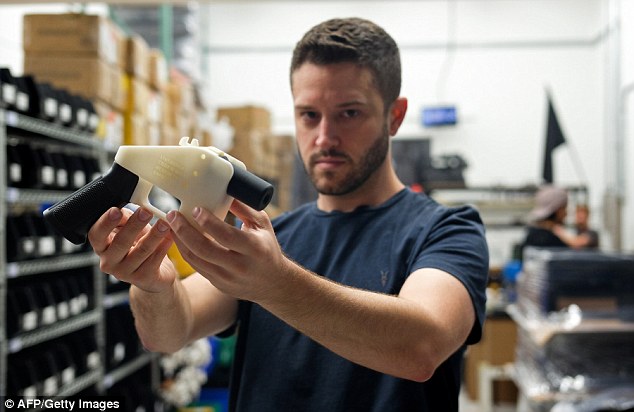 Wilson, owner of Defense Distributed, holds a 3D printed gun, called the ‘Liberator’, in his factory in Austin, Texas

‘Promising to detect the undetectable while at the same time removing a significant regulatory hurdle to the proliferation of these weapons – both domestically and internationally – rings hollow and in no way ameliorates, much less avoids, the harms that are likely to befall the states if an injunction is not issued.’

The State Department had reached the settlement with the company after the agency removed the 3D gun-making plans from a list of weapons or technical data that cannot be exported overseas.

The states argued that the federal agency didn’t follow the law when it removed 3D guns from the munitions list. They said the government was supposed to notify Congress and provide a 30-day window before making a change to that list, but it did not.

Lasnik criticized the government for switching its position on the threat posed by the 3D gun-making plans.

Up until April, the government argued the distribution of the guidelines ‘posed a threat to world peace and the security and foreign policy of the United States,’ the judge said.

Despite those fears, the government decided that it only needed to restrict the international availability of firearms up to .50 caliber. That’s when they reached a settlement with the 3D gun company.

There was no indication the government evaluated the unique characteristics of the plastic guns when it considered deleting that category of weapons from the prohibited list, the judge said.

‘Nor is there any reasoned explanation for its change in position,’ Lasnik said.

The federal government declined to comment on the judge’s ruling.

A lawyer with the U.S. Justice Department had argued against the injunction, saying possessing 3D plastic guns is already against the law, and the federal government is committed to enforcing that law.

But the judge said it wasn’t enough.

‘While the court appreciates the earnestness with which this commitment was made at oral argument, it is of small comfort to know that, once an undetectable firearm has been used to kill a citizen of Delaware or Rhode Island or Vermont, the federal government will seek to prosecute a weapons charge in federal court while the state pursues a murder conviction in state court,’ Lasnik said.

‘Once again, I’m glad we put a stop to this dangerous policy,’ Ferguson said.

‘But I have to ask a simple question: why is the Trump administration working so hard to allow these untraceable, undetectable 3D-printed guns to be available to domestic abusers, felons and terrorists?’

The Brady Campaign to Prevent Gun Violence, a pro-gun control group that has aggressively fought the online release of the gun plans, praised the judge’s ruling ‘as a tremendous victory for the American public.’

Avery Gardiner, co-president of the group, said 3D-printed guns ‘represent a supreme threat to our safety and security, and we are grateful that Judge Lasnik recognized it as such.’