Man weeps in court as he’s charged with killing stepson

The son of a police chief in Georgia broke down in tears as he made his first appearance on Monday after being charged with whipping to death his three-year-old stepson with a belt.

Joshua Richards was led into a courtroom in a lime-green jail garb, with handcuffs on his wrists and shackles around his ankles, to face a judge for the first time since the death of his stepson Brentley Gore on Sunday.

Richards’ attorney claimed the toddler’s death was the result of an accidental fall.

In tears: A tearful Joshua Richards, 21, is seen in this screenshot appearing in court on Monday to face an upgraded murder charge in his stepson’s death 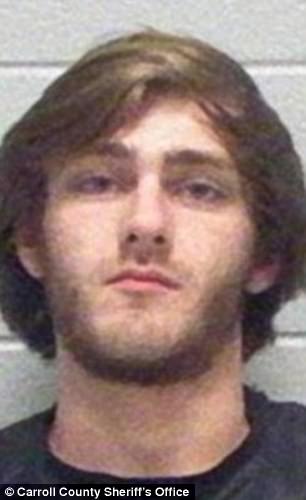 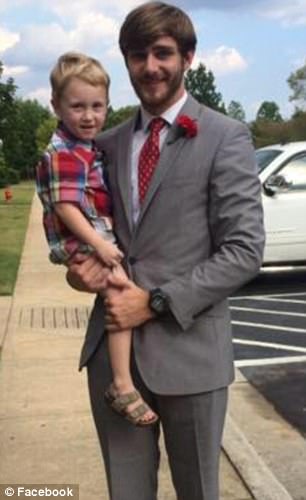 Stepdad charged: Joshua Richards, 21 (pictured left in mugshot) has been charged with murder in the beating death of his stepson, three-year-old Brentley Gore (pictured together last Stepember, right) 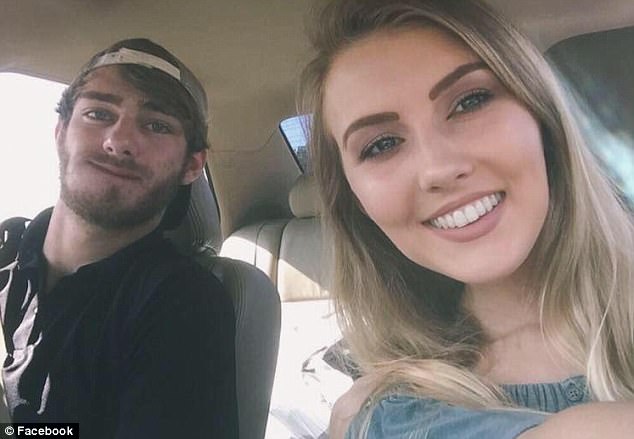 Frantic call: Richards’ wife of just eight months (right) called police on January 23 to report that her son was injured and would not wake up

Police responded to Richards’ home at the Hickory Falls Apartments in Villa Rica, Georgia, at around 10am on Tuesday after receiving a report about an injured child.

The frantic 911 call that summoned the officers had been placed by three-year-old Brentley Gore’s mother. Investigators believe the woman was asleep in another room during the attack on her son, which left him with multiple skull fractures.

The mother contacted the authorities when she noticed injuries on her child’s head and could not wake him up in the morning, reported Atlanta Journal Constitution.

Because of the severely of his injuries, Brentley was airlifted to a hospital in Atlanta for treatment.

According to a GoFundMe page set up to help the boy’s family with his medical expenses, Brentley underwent emergency surgery on Thursday to remove a portion of his fractured skull in hopes of relieving some of pressure from the swelling on his brain.

The toddler’s stepfather was initially charged with aggravated assault, aggravated battery, first-degree cruelty to children and possession of marijuana.

Investigators believe Richards used a belt to beat the boy. 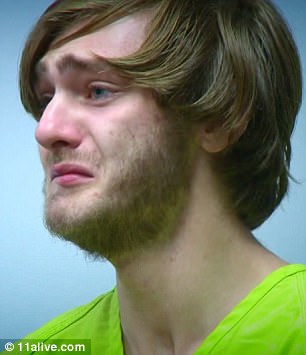 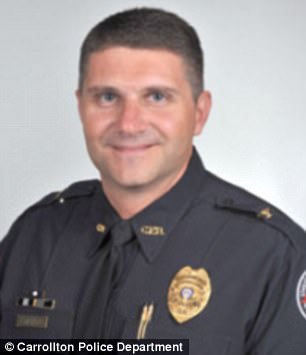 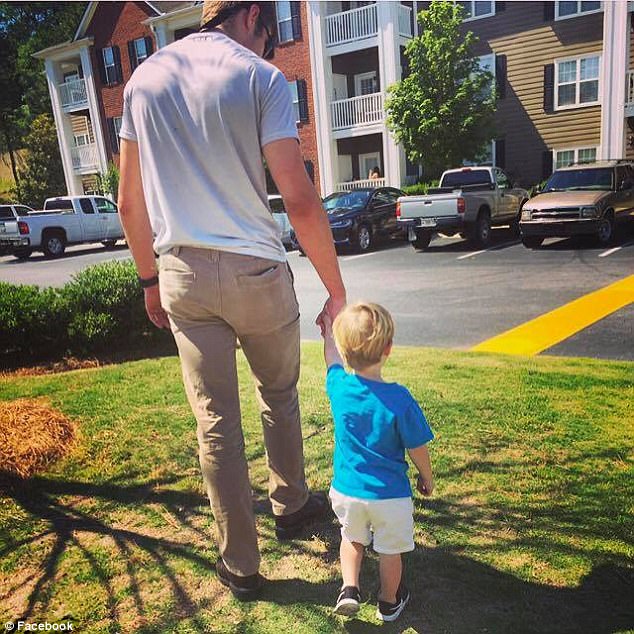 Savage: Police believe Richards used a belt to flog the toddler (pictured together) 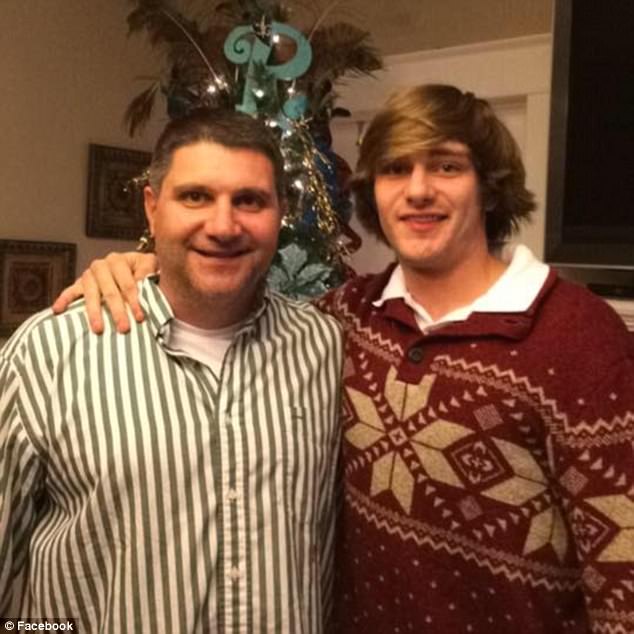 Father and son: Joshua is pictured with his police chief dad, who has been on the force since 1992

On Sunday, the child succumbed to his injuries, leading to the upgraded charge of murder being filed against Richards.

The man made his initial court appearance on Wednesday and was denied bond, reported 11Alive. Photos taken in court showed the suspect with an anguished look on his face, and he was reportedly placed on suicide watch.

According to his Facebook page, Richards works for a home security company headquartered in Tennessee. He and Brentley’s mother got married last June.

His final Facebook post, dated December 8, 2017, featured a family photo showing a smiling Brentley playing in the snow with his parents.

Richards is the son of Carrollton Police Chief Josh Richards, who has been on the force since 1992. 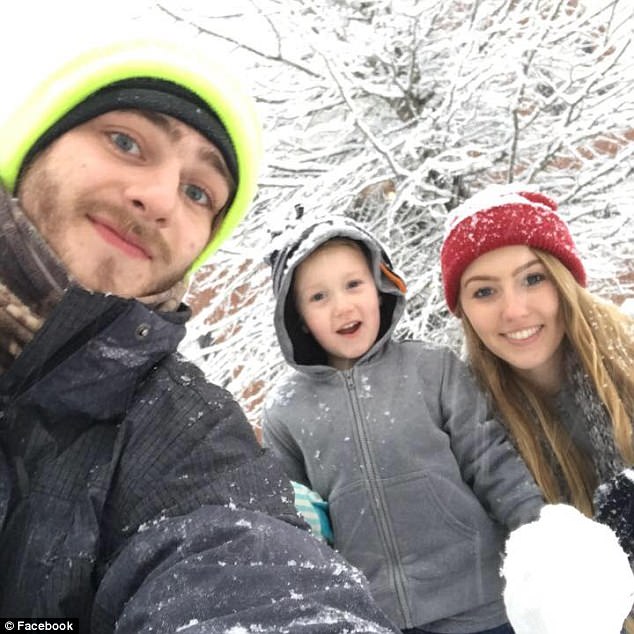