A man who imported a child doll from Hong Kong to have sex with has been spared prison.

Brian Hopkins, 40, ordered the 3ft 9in tall doll to be delivered to his home in Plymouth, Devon.

Officers from the National Crime Agency (NCA) searched Hopkins’s home in November and discovered hundreds of indecent images of children on his mobile phone – with 247 category A pictures, the most serious.

In an interview, Hopkins admitted he found it exciting to possess the images and said he bought the doll to have sex with – but claimed he did not know that importing it was illegal.

Hopkins was sentenced to 10 months in prison, suspended for two years, at Plymouth Crown Court and given a 10-year sexual harm prevention order.

The judge also ordered Hopkins to register as a sex offender for 10 years. 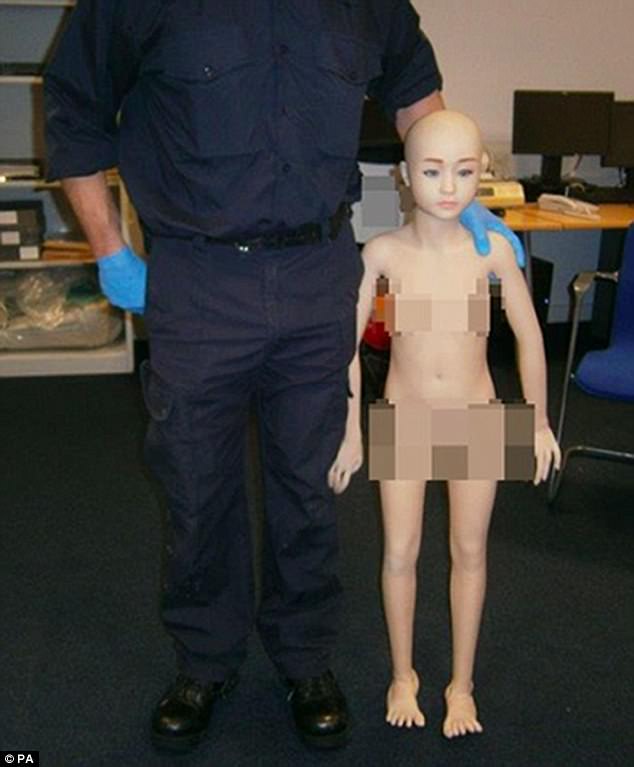 In an interview, Hopkins admitted he found it exciting to possess the images and said he bought the doll (pictured) to have sex with – but said he did not know importing it was illegal

Speaking after the case, Hazel Stewart of the NCA said: ‘The importation of child sex dolls is a relatively new phenomenon, but time and again importers are also guilty of associated offending against children as with Hopkins.

‘They are a real flag of a sexual interest in children.

‘We are working hard with our partners in Border Force to stop them entering the country and then investigating and prosecuting the importers.’

Julian Doughty, senior manager for Border Force, said the agency worked closely with others to bring those who import child dolls to justice.

‘My front line officers work tirelessly to secure the UK’s borders, and this case is one of several where their vigilance has successfully led to the uncovering of offenders with a criminal interest in children,’ he said.