A man who bit off a chunk of his future brother-in-law’s cheek in a vicious fight a day before his sister was to marry the victim, has begged to be sent to jail.

He told Judge Glen Cash he was remorseful and ‘genuinely guilty’ at the end of the trial at Maroochydore District Court in Queensland’s Sunshine Coast.

He was sentenced to two years’ jail but was to be immediately released on parole, the Courier Mail reported.

On hearing this, Lewis said he would prefer to be sent to prison.

The court heard Lewis, his sister, and the 36-year-old victim were talking when the pair started fighting.

Judge Cash said Lewis punched the victim twice in the head which led to him tackling Lewis to the ground.

‘You lifted yourself up to bite him on the left side of his face and you bit with what must have been quite an amount of force because you actually bit some flesh from his cheek and spat it onto the ground,’ he told the court.

‘When people grab me the first instinct is to bite something off,’ Lewis told police after being arrested.

The court heard Lewis struggled with mental health and an alcohol problem.

A psychologist’s report said he was diagnosed with depressive and social anxiety disorder, dyslexia, and schizotypal personality disorder.

Crown prosecutor Greg Cummings said Lewis had a history of violent crimes and without intervention could continue to react violently in the community.

He said the crime was a ‘gross over-reaction’, ‘very vicious’ and required ‘a very significant application of force to remove the chunk of flesh’.

Mr Cummings said a sentence of up to three years was called for, but that it was up Judge Cash as to whether Lewis served time behind bars. 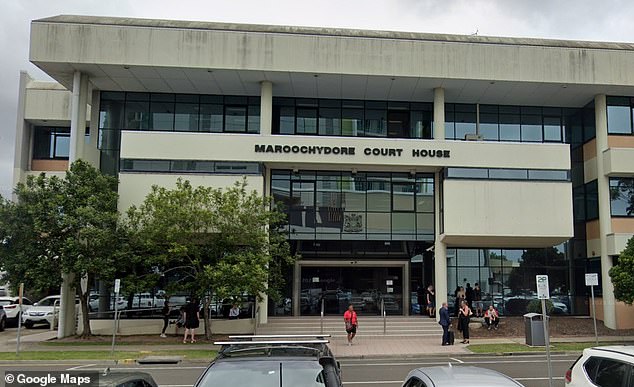 He said Lewis showed ‘genuine’ remorse for the offending.

‘I feel horrible about it, there is no apology to what I did to that fella’s face I think he would feel broken and hurt, he doesn’t have much of a life and family like us,’ Mr Dixon read from Lewis’ statement.

But Lewis did not want parole, he wanted to be jailed.

‘I would probably prefer imprisonment to pay back in some sort of way, I’m genuinely guilty,’ he said to the judge after his parole was announced.

Lewis said he wouldn’t be able to adhere to the parole regulations. ‘I’m not going to lie to your face saying I’m going to stick to it, I don’t think it’s necessary,’ he said.

But Judge Cash did not change the sentence, saying parole would help him to be rehabilitated.

‘It’s apparent to me, even if you won’t acknowledge it, that you need assistance,’ he said.