A man claims he was the gay lover of Christopher Watts – the father-of-two accused of murdering his wife and two children.

HLN host Ashleigh Banfield spoke to the anonymous man who claims he had an affair with Watts after they had an ‘instant’ connection after meeting. However she admits Crime & Justice can’t independently verify his story.

Banfield heard in an interview that the men met after chatting via dating app MeetMe before he was accused of slaying pregnant spouse Shanann Watts, and their daughters Celeste and Bella.

BREAKING: A man who claims to be a FORMER LOVER of Chris Watts is speaking out on the accused killers past in an exclusive interview! pic.twitter.com/9Ac94nQAOg 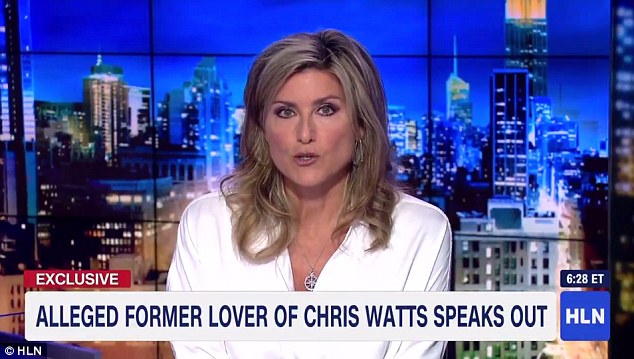 Ashleigh Banfield (pictured) spoke to the anonymous man spilling alleged details of an affair, with the HLN host being told the pair had an ‘instant’ sexual connection

‘He reached out to me and messaged me,’ the man alleged. ‘It was small talk. He told me his age. He had two daughters.

‘He told me he was looking for a relationship in the long run. I asked why his profile said straight. He said he was not out and not ready to be out as far as sexuality.’

It has been reported that Watts was having an affair with a woman at his workplace.

The man also alleged Watts, 33, was not sure of his sexuality.

‘We had many conversations,’ the man told Banfield. ‘I asked him to make sure he’s not bisexual cause he had two children. He told me he didn’t know. At that moment he was attracted to me as a male.’

The bombshell allegations even state that the man spent time with Watts’ family.

With the anonymous person speaking to Banfield, telling her Watts lied about his relationship status and reassured the man that he and Shanann ‘didn’t have sex anymore’ when he was found to married. 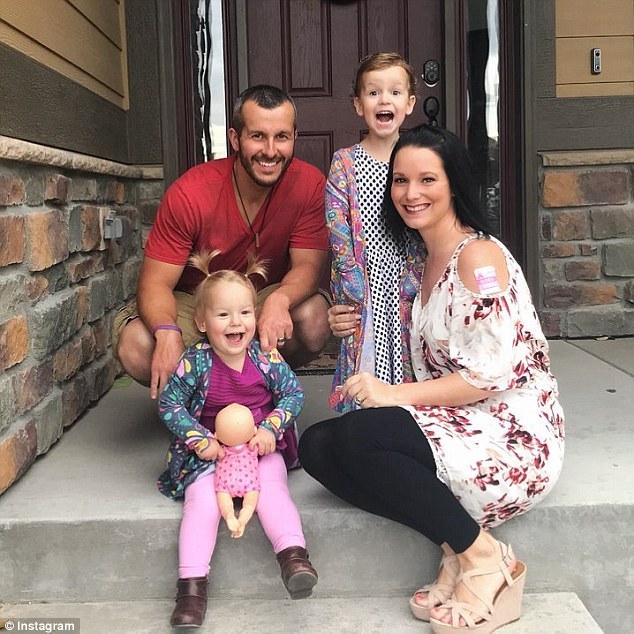 According to the interviewee, Watts told him his spouse was ‘verbally and emotionally abusive,’ that ‘he didn’t love her’ and that ‘she didn’t love him’. 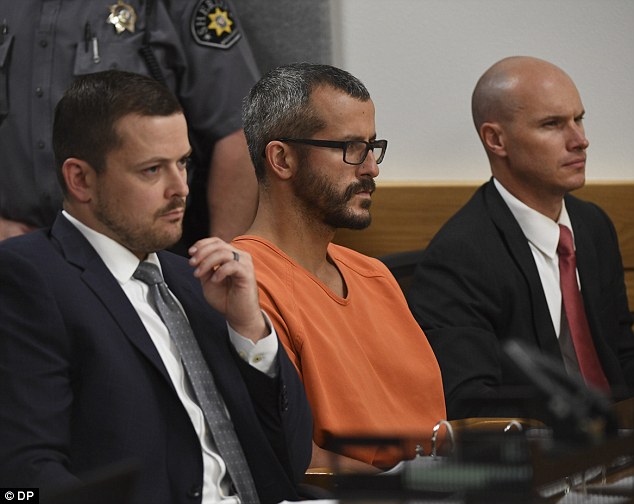 The man also alleged Watts, 33, was not sure of his sexuality and didn’t say he was married at first

Since hearing of the accusations against Chris Watts, the anonymous man says although he believed his alleged lover at the time was not happy, there’s a chance he was simply saying ‘what I wanted to hear’.

Pointing out that Chris has in fact not been convicted of the crimes, the man suggests the accused could have been very good at making people believe his narrative.

He told Banfield he’s unsure about whether Chris killed his own family.

Despite admitting he’s not sure of his guilt or innocence, he added that he wants him to be locked up regardless.

‘I hope he gets convicted and I hope he stays in prison for the rest of his life.’