Man who drove truck through Iowa BLM protesters is fired

An employee at an air conditioning company in Iowa has been fired after he was caught on video driving a truck through Black Lives Matters protestors during an event on Saturday.

Jeff Boucher who worked at Wyckoff Comfort lost his job after several clips posted to Twitter showed him carrying out the reckless maneuver after arguing with protesters.

Boucher can be seen asking those blocking his pickup truck to move out of the way and quickly lost his temper. 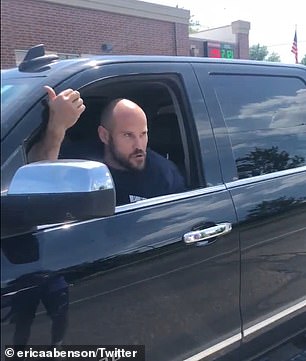 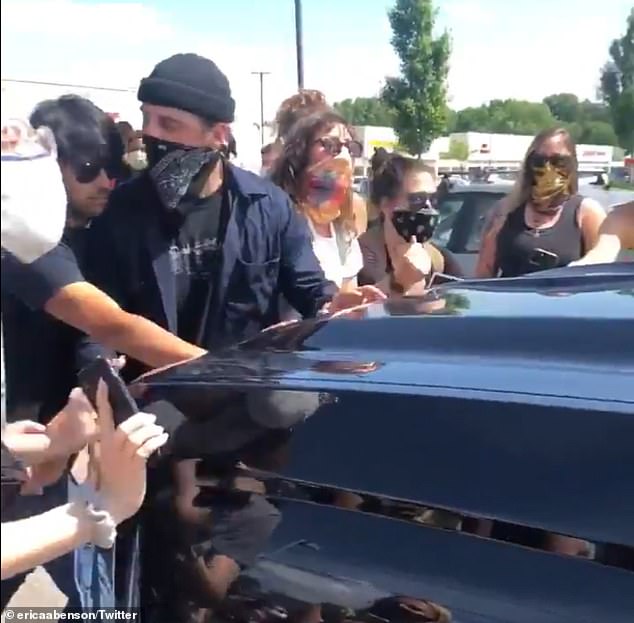 Protesters tried to get him to turn around and take an alternative route, but he eventually accelerated and drove through the crowd. No injuries were reported

‘Reverse the car!’ they ordered, but Boucher ignored their request.

‘What are you trying to do? Kill everyone?’ one protester asked.

Boucher who was wearing a company-branded T-shirt during his tirade eventually lost patience and deliberately drove on through, despite several standing directly in front of the hood.

Bosses at the company where he worked, based in Carlisle just outside of Des Moines, saw the footage and terminated his employment. They tweeted about Boucher’s firing on Monday.

‘His actions over the weekend were unacceptable and do not represent the values Wyckoff has built our business on,’ the company said in a statement on Twitter. ‘Wyckoff disapproves of his behavior and in no way condones his actions.’

The company said it ‘will do our best to educate our employees to make sure something like this doesn’t happen again.’ 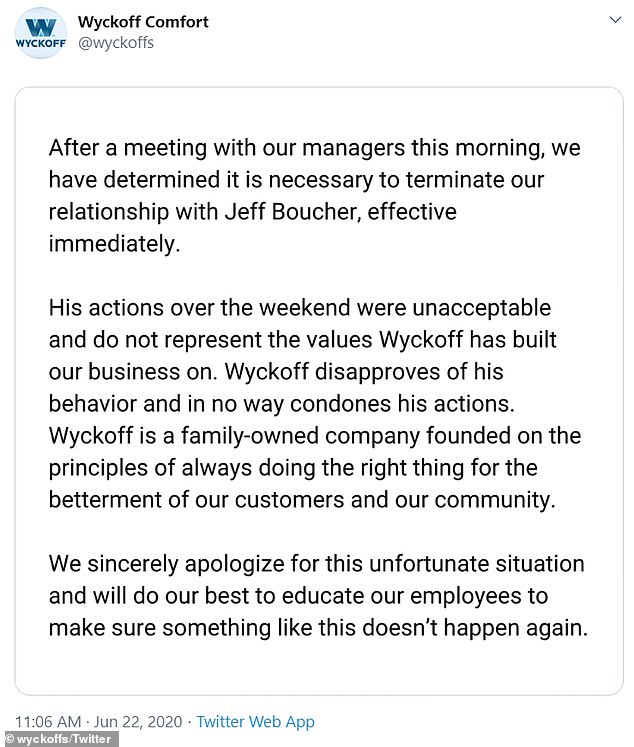 Boucher was fired from Wyckoff, an HVAC company after seeing footage of the incident 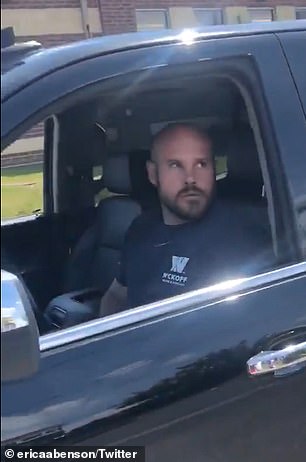 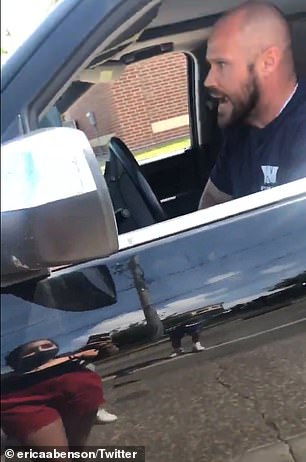 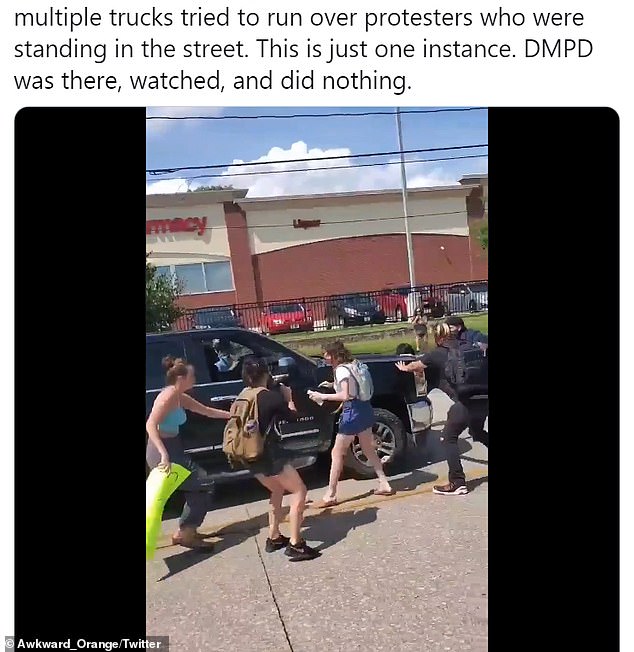 Several of those present posted the shocking video to Twitter 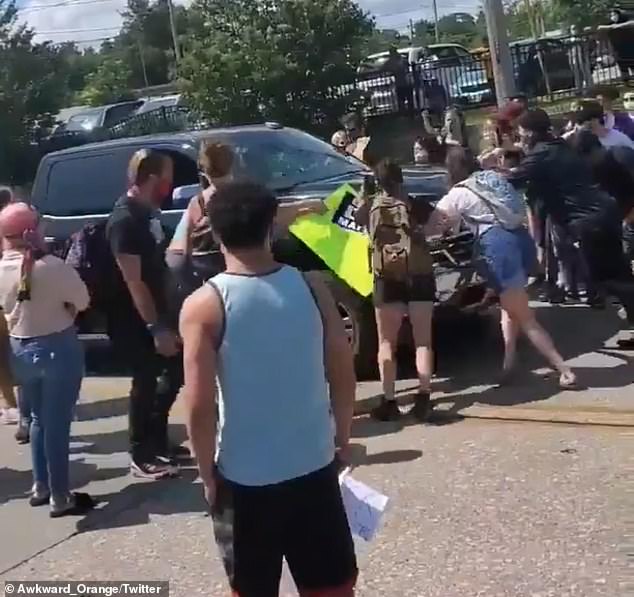 Saturday’s protest was held specifically to show support to a former employee who had claimed she had been experiencing racial discrimination at work according to the Des Moines Register.

Boucher wasn’t the only person who tried to disrupt the protest.

Another man who was driving a white truck also tried to drive through a group of protesters and refused to move until told to do so by a police officer who asked him to back up.

No arrests were during Saturday’s protest much to the shock of some on Twitter.

‘At a protest against Hyvee’s racist and unsafe practices multiple trucks tried to run over protesters who were standing in the street. This is just one instance. DMPD was there, watched, and did nothing,’ one protester tweeted. 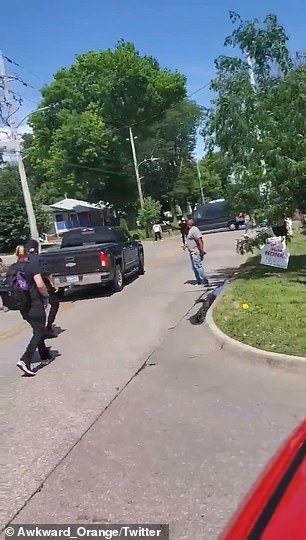 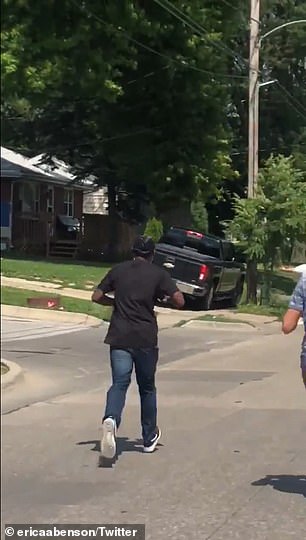