The man who jumped 32 stories off a New York City balcony Thursday was a French banker who was once rebuffed by Rod Stewart’s ex-wife, during a swanky gathering for French socialites.

The man, identified as renowned financier Charles-Henry Kurzen, 43, was viewing the $2.9 million apartment on the 32nd floor of 100 United Nations Plaza in Midtown when a realtor said he ‘suddenly’ leapt to his death at roughly 1:15pm.

Kurzen, a partner at Manhattan-based finance firm Saltbox Partners LLC, reportedly asked the broker if he could view the balcony before the deadly jump took place.

Cops said the man, who lived Clinton Hill after moving to New York from Paris nearly two decades ago, reportedly landed on a third-floor patio, where he was pronounced dead.

It’s not yet clear why the man decided to take his own life.

The man who jumped 32 stories off a New York City balcony Thursday was identified as 43-year-old French banker Charles-Henry Kurzen, an affluent financier who financed billions in deals in the US and overseas 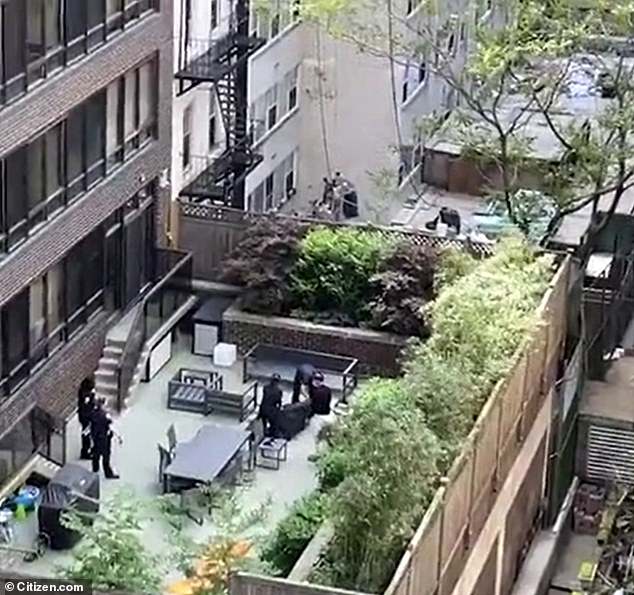 Cops said the man, who lived Clinton Hill after moving to New York from Paris nearly two decades ago, reportedly landed on a third-floor patio, where he was pronounced dead. Pictured are cops retrieving his body from the outdoor area 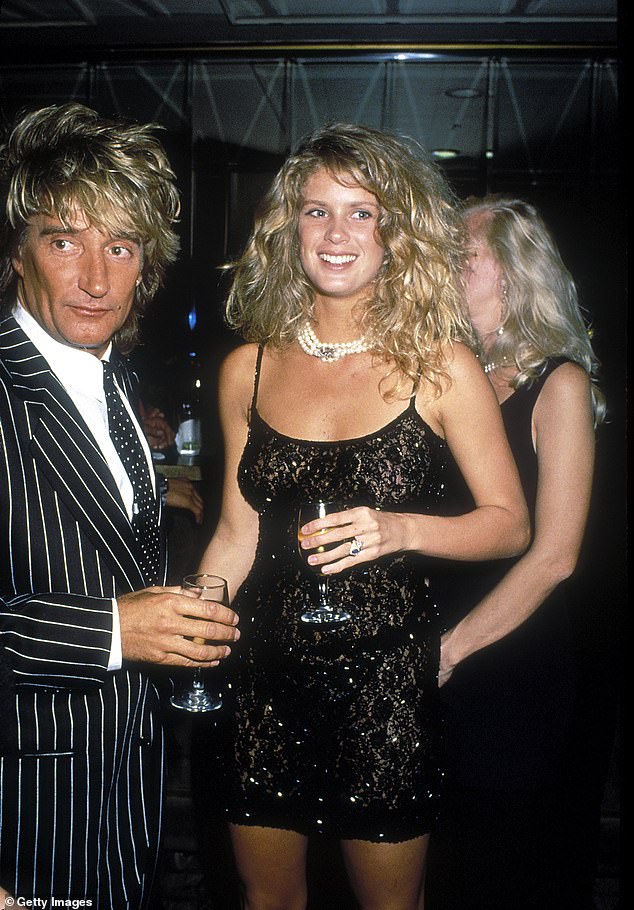 The renowned financier was reportedly once rebuffed by Rod Stewart’s supermodel ex wife, Rachel Hunter, during a gathering for French socialites in the early 2000s. Pictured is Hunter and Stewart in 2003, around the time of the altercation, which was reported by the New Yorker

Kurzen, a renowned banker and graduate from the Ecole Superieure de Commerce de Paris Business School, had a storied career in the French and New York financial industry – with one coworker telling the New York Post he was ‘a dear friend.’

He was appointed a partner at Saltbox Partners in 2011, after serving as the vice president of French Banker Crédit Agricole’s Manhattan office for several years upon moving to the city in the early 2000s.

Previously, Kurzen was an analyst for the Mergers and Acquisitions Group at Lazard Freres & Co., a respected finance firm – valued at nearly $300 billion – in Paris.

Upon moving to New York, the young banker – then in his early 20s – found success fast, and quickly found himself entrenched in the city’s upper crust.

In 2004, a New Yorker article wrote of how the young banker frequented an exclusive set of weekly parties known as ‘French Tuesdays’ – weekly-held, celerity studded events held at various night clubs, organized by French ex-patriots living in the city.

At one such event, the article reveals, Kurzen made a pass at New Zealand supermodel Rachel Hunter, who was at the time wed to Rod Stewart.

Hunter, pictured here in 2004 – the same year as the reported altercation – declined the man’s invitation to join him and friends at the ‘French Tuesday’s party. Kurzen old the New Yorker at the time that despite her being nine years his senior at 34, he still pined for the ‘mature woman’

Speaking to the magazine, Kurzen – then a brash, young banker aged 25 – detailed how he tried to make contact with Hunter, who was seated at a VIP area in the club, but was ultimately rebuffed.

‘I was determined to go upstairs, because Rachel Hunter was there,’ Kurzen told the outlet.

He went on to remark how despite her being nine years his senior, that he still pined for the ‘mature woman.’

‘She is a woman born in 1969—she is thirty-four!—but she is a beautiful, mature woman,’ he said, adding ‘a woman of character, a woman of history, a woman who has lived!’

Kurzen said that he attempted to persuade Hunter to join his party downstairs, but she declined.

He added: ‘Or maybe it was a question of chic. I do not know.’

The two-bedroom, two-and-a-half bathroom apartment property Kurzen had been viewing prior to his death was listed at $2.9 million. 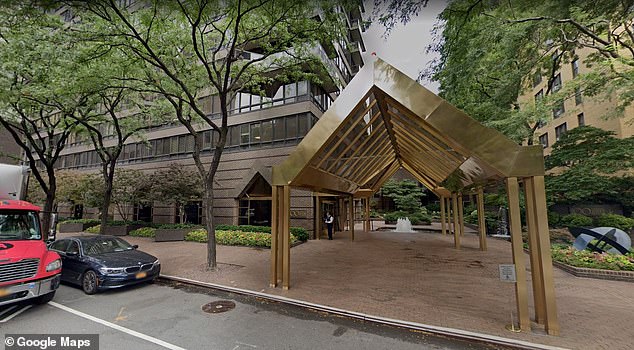 Kurzen was looking at the $2.9 million apartment at the luxury high-rise (pictured) when he asked to see the balcony and leaped to his death

Public records show that he owned properties in both Clinton Hill, where cops say he resided, and on the Lower East Side. Both are valued at around $1 million.

The listing for the apartment he had been looking at touted the 1,985 square-foot unit as an ‘expansive home’ – mentioning its two private balconies.

The master bedroom has a walk-in closet, a bathroom with a jacuzzi and the entrance of a second private balcony.

The death recalls another suicide last year when a 22-year-old woman fell to her death from the 16th floor after a fight with her boyfriend on January 29, 2012. 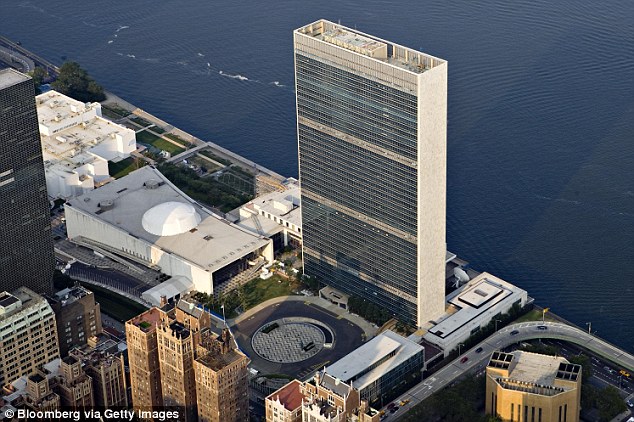 Nearby: The United Nations (pictured) is directly south of the building where the man jumped

Samantha Kwek, a Columbia University student, had apparently wanted to break up with her boyfriend on the night she jumped.

She had sent several text messages to her boyfriend Benjamin Small before she died, according to the New York Post.

‘I really don’t know why [she jumped]. She was really, really sad, I guess… I’m mortified,’ he told the paper.

She landed on East 48th Street in front of 100 United Nations Plaza, a 52-storey building across the street from the Algerian Embassy.

A pocketbook was lying a few feet from her body, which was draped with a white sheet as police investigated.

Miss Kwek had threatened to kill herself in several text messages, the New York Post reported.