Ritchie German Jr., 34, is believed to have killed three of his family members and later killed a 24-year-old woman at another home Chippewa Falls in Wisconsin on Sunday.

A Wisconsin man suspected of killing four people before taking his own life may have been trying to imitate the abduction of teenager Jayme Closs by shooting his way into the home of a family he didn’t know.

Ritchie German Jr., 34, killed three of his family members at their home in Lafayette on Sunday before heading to another family’s home about 10 miles away in Lake Hallie.

He used a shotgun to blast his way inside that home before shooting dead 24-year-old Laile Vang and wounding her parents Teng and Mai Chang Vang.

He then killed himself.

Investigators believe Vang’s death bore similarities to the kidnapping of 13-year-old Jayme Closs from her family’s home in Barron, which is 45 miles away, in October last year.

Chippewa County Sheriff Jim Kowalczyk revealed on Tuesday that German left his car running with items inside that suggested similarities to the Closs case.

They would not elaborate on what the items were.

Jayme’s attacker Jake Patterson killed her parents in her home before abducting the teenager and holding her hostage for months before she managed to escape. 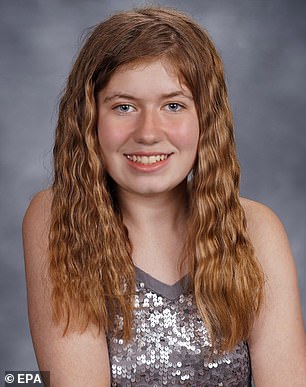 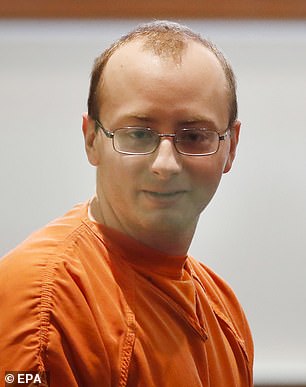 Investigators believe the woman’s death bore similarities to the kidnapping of 13-year-old Jayme Closs from her family’s home in Barron in October last year. Jayme’s attacker Jake Patterson killed her parents in their home before abducting the teen

Despite the apparent similarities in the attacks, Kowalczyk said authorities may never know exactly what led German to kill.

‘What was the motive? Why did this happen? I don’t have the answer,’ he said.

Authorities said German had traded text messages with Vang but she apparently didn’t know him.

He had texted her inquiring about a personal relationship, but she texted back ‘who is this? I don’t know you’.

The sheriff said there was no evidence German had ever met Vang.

Police only found the bodies of his three relatives after first investigating the young woman’s slaying.

They had gone to the town house to inform them German had taken his own life in the attack.

German occasionally lived with the family members he killed in Lafayette, according to authorities. 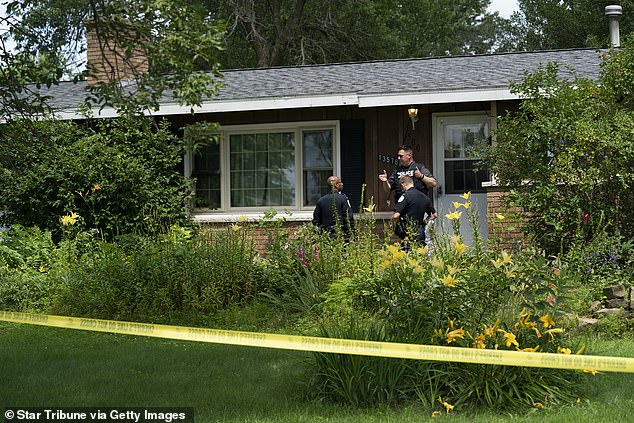 German used a shotgun to blast his way into the 24-year-old woman’s home in Lake Hallie at about 10.30pm before shooting and wounding her parents. He then took his own life inside the home 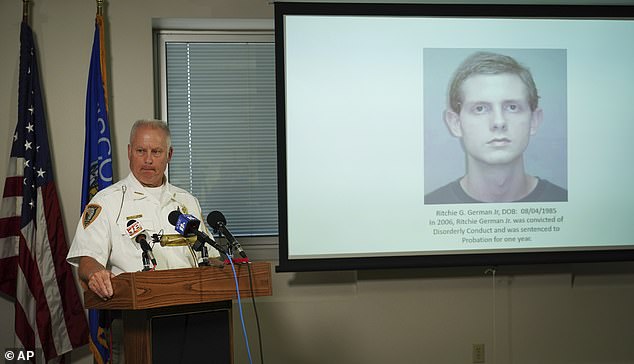 The sheriff described him as ‘a loner and drifter’ who was often unemployed.

Investigators haven’t yet established a motive for the killings.

The attacker’s father, Ritchie German Sr., told the Star Tribune that he was shocked to learn of the killings and that his son had struggled with mental illness – possibly bipolar disorder and schizophrenia.

He said his son lived with him from 2005 to 2014 and worked for just one year during that time at a Menards warehouse.

He said his son stayed in his bedroom most of that time.

‘I told his mother to get him help,’ said German Sr., who had been estranged from his family since divorcing his wife in 2015.

German Sr. said his son had once pulled a shotgun on his brother in about 2005 or 2006 but no one was injured.

He was sentenced to probation after being bailed out of jail by his father.

Some of Vang’s friends paid tribute to the slain woman on social media on Tuesday, saying she was a sweet and genuine person who died at the hands of gun violence.

‘The world will never be the same without you. Thank you for being a friend to me when I needed you in high school, I deeply cherish the times we confided in each other and sought to make sense of this wild experience we call life,’ one friend wrote on Instagram.