Evil child welfare boss, 78, who raped children in a dungeon at his young women’s institution will spend the rest of his life behind bars

The former boss of a young women’s institution who raped and abused girls and boys in the 1970s will spend the rest of his natural life behind bars.

In Campbelltown District Court on Friday, Frank Valentine, 78, was sentenced to 22 years behind bars, with a non-parole period of 13 years for 21 historical offences.

Valentine’s reign of terror started in 1971, less than a month after arriving to work at a Western Sydney institution.

In Campbelltown District Court on Friday, Frank Valentine, 78, was sentenced to 85 years and three months for 21 historical offences including rape and buggery at young women’s institutions in NSW in the 1970s

He was found guilty of sexually abusing a 15-year-old who was pregnant, and repeatedly raped another girl in the notorious dungeon of the institution, where he kept her for three days.

When another victim asked why he was sexually abusing her, Valentine said ‘you’re a whore, like all the others in here’.

The mother of a 25-year-old man who hanged himself in 1988 – two days before he was to testify against Valentine – was seen wiping away tears as the man was sentenced.

The man was 15 when he was sexually assaulted by Valentine, but the charges were dropped after his suicide.

In 1973, the then Public Service Board was concerned about whether Valentine should continue to hold a senior position in the department.

Despite knowing about the sexual abuse allegations, authorities instead moved Valentine around various NSW institutions for more than 20 years.

Outside the court his mother was seen hugging Steve Sibraa, 47, who is another one of Valentine’s victims. 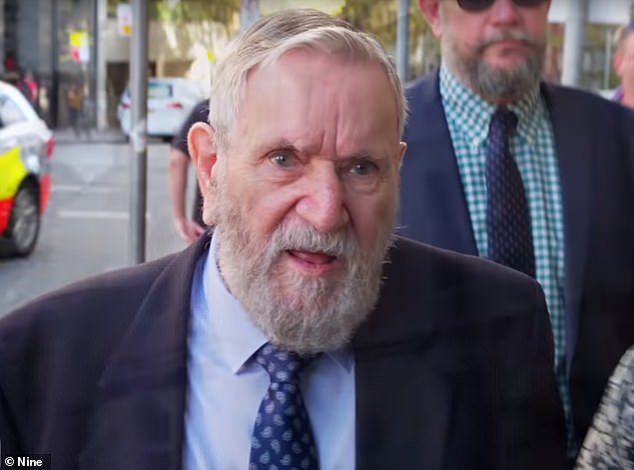 For over 20 years authorities moved Valentine around various NSW institutions, despite knowing about the accusations of sexual abuse

Valentine allegedly raped Mr Sibraa when he was an 11-year-old ward of the state in Wagga Wagga, but he was acquitted of the charges in 1987.

The court has suppressed the name of the institution in Western Sydney where some of his heinous crimes took place between 1971 and 1973, when Valentine was deputy superintendent.

More than 20 women who went to the institution as girls also attended Valentine’s sentencing on Friday to support the six victims who gave evidence.

‘We have a voice now, no more silence,’ one of his victims said in her victim impact statement.

Valentine pleaded not guilty, while Judge Norman pointed out he had not shown any remorse.

In 1996 the Child Protection Agency began an investigation into sexual abuse allegations against the grandfather, but no action was taken.

The Royal Commission into Institutional Responses to Child Sexual Abuse began investigating the western Sydney institution in 2014 after several women claimed they were victims of abuse while they lived at the institution.