A man allegedly caught raping a seven-year-old girl in the toilets of a dance hall was let out on parole early after sexually assaulting another woman.

Anthony Peter Sampieri was jailed for seven years after he lured a 60-year-old woman into his Wollongong home on October 22, 2012.

The 54-year-old was convicted of aggravated sexual assault in July 2013 and ordered to serve at least four years behind bars, backdated to the day of the crime.

Amid the revelations, Corrective Services Minister David Elliott has called for an ‘urgent’ briefing on the circumstances that led to the offender receiving parole as community safety is paramount.

According to Mr Elliot, Sampieri was subject to a number of strict parole conditions, the Daily Telegraph reported.

Sampieri’s non-parole sentence expired just over two years before he allegedly snatched the young girl from her dance class about 8pm on Thursday.

The alleged rape was thwarted by a parent, 46, from the class at St George Dance Centre in Kogarah, Sydney, who heard a commotion and ran to help.

But Sampieri allegedly lashed out with a surgical scalpel, with a man stabbed in the abdomen and neck. 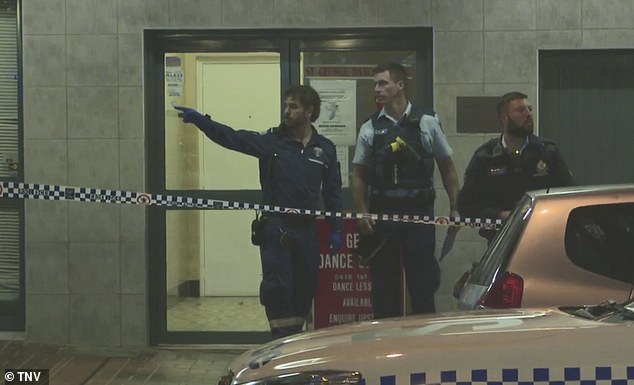 According to a witness, Mo Hariri, the man was stapped with a scalpel suffering wounds to his stomach, arm and ear and neck area

Wollongong District Court heard Sampieri was drunk and high on prescription drugs when he invited the 60-year-old woman into his home in Fairy Meadows in 2012.

The woman thought she was going to inspect two second-hand tables he had for sale, but was lured into his room after seeing the first one.

He pulled out a 25cm knife and told her ‘now we’re going to have some fun’ before forcing her to strip and repeatedly raping her, the Illawarra Mercury reported in July 2013.

Police later raided his unit and found duct tape and a role of wire on his bed and cable ties and nylon rope under his pillow.

The judge at the time noted Sampieri showed remorse for his crimes.

Shadow police minister Guy Zangari said there needs to be a review of the parole system to stop further incidents from occurring.

‘The government needs to explain how this alleged offender was being monitored. The community expects the government to be monitoring someone on parole to the best of their ability,’ Mr Zangari told the Daily Telegraph.

Kogarah MP Chris Minns said authorities better have some ‘good answers’ on why the alleged offender was granted parole and that the community was ‘very shook up’.

Witnesses said they heard ‘blood-curdling screams’ before his alleged attack on the child at the dance hall on Thursday was discovered.

Mo Hariri, a witness who was celebrating his 24th birthday in a courtyard nearby, revealed that moments after the Good Samaritan was stabbed, a man ran out onto the street and screamed for help.

In the moments that followed, the group of revellers heard another man at the scene scream: ‘Where is my daughter?’

The stabbing victim then stumbled down the stairs from the first floor dance studio and collapsed on the street.

A dentist who worked in a clinic that shares the toilet with the dance studio was the first to discover the young girl.

Just moments later, the parent from the dance class also entered the toilet and joined in the scuffle and was allegedly stabbed multiple times. 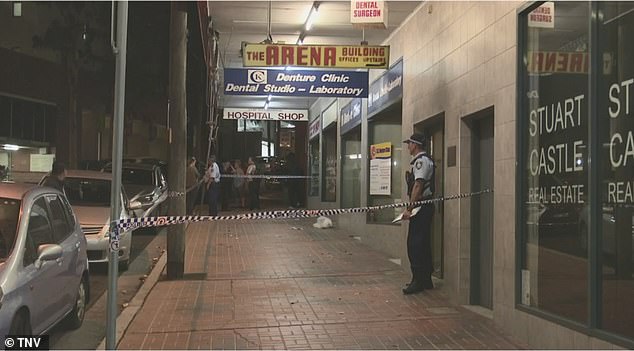 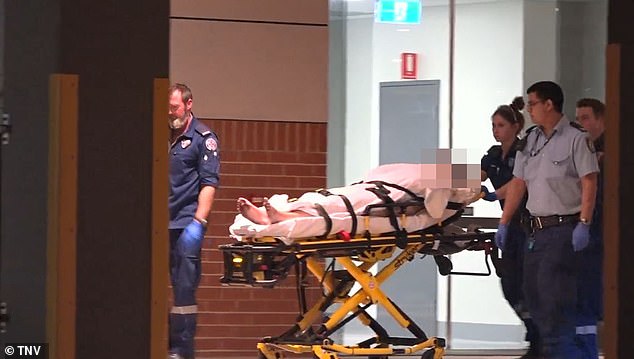 Police revealed on Friday the man who confronted Sampieri was one of a number of parents who desperately searched for her after she went missing.

Supt Griffiths said the alleged attacker was expected to be question in coming days, but was currently under guard in hospital after being injured in the brawl.

‘[He] will not be in a position to assist police inquiries until early next week or when we receive medical advice to confirm he’s available to be spoken to,’ Supt Griffiths said. 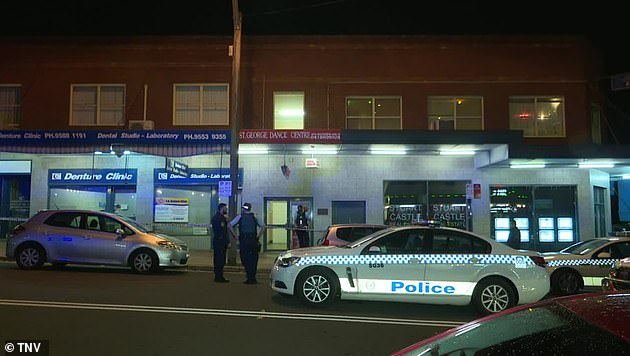 The Good Samaritan was rushed to St George Hospital where he received stitches for his wounds and has since been discharged.

The young girl went to Sydney Children’s Hospital for observation and has also been released. Sampieri remains under guard in hospital and is yet to be charged.