A man who shook his three-month-old grandson to death has been labelled as ‘the best grandfather’ and ‘loving’ by his family as he was thrown behind bars.

Wayne William Downing, 48, was sentenced to seven years jail at the Western Australia Supreme Court on Wednesday over the 2016 death of Noah.

Downing’s children called out ‘I love you’ from the public gallery as the sentence was handed down.

‘We’re happy he got a lighter sentence. He didn’t deserve it,’ one of his daughters said outside the court, The West Australian reported.

‘He was the best grandfather, the best dad, loving,’ another said.

Noah died after he was shaken by Downing at a Midland property, in Perth’s north-west, on May 5, 2016.

The court heard Downing had just over two hours sleep when he awoke to the baby crying about 3am.

Wayne William Downing (pictured), 48, was sentenced to jail over the death of Noah Jayde Downing in 2016 when he appeared at WA’s Supreme Court on Wednesday

He got up to feed him and then shook the child for between four and six seconds when he failed to settle – causing him to suffer extensive extensive brain, eye and spinal cord injuries.

Noah was in the care of his grandfather because his meth-addicted mother failed to return home, the court was told.

Downing pleaded guilty to unlawfully killing the child but was not charged until three years after the incident when he made a full confession to police.

He has been in custody since his arrest in August.

Justice Anthony Derrick acknowledged Downing was deeply ashamed by what he had done and genuinely remorseful on Wednesday, but said the seriousness of the crime warranted a prison sentenced.

He said the fact Downing had lied to police when he was first interviewed over his grandson’s death, as well as hiding the truth for years, was an aggravating factor.

‘The court must do what it can to protect vulnerable infant children,’ he said. 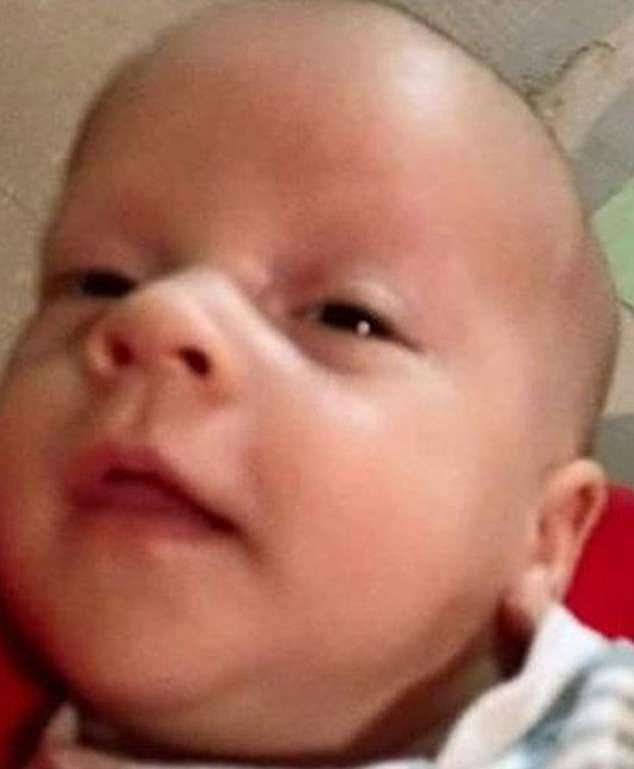 This could be brought forward a year after Downing backdated his sentence to August 27, 2019.

On Tuesday the court heard the child was found unresponsive by his mother five hours after the incident.

‘As soon as I put him down I realised what I’d done … I was just trying to go off to sleep and to get some sleep,’ Downing told the court.

Noah was in the care of Downing full-time, along with his older sister, who had spent most of her life with him.

Downing’s lawyer, Pete Collins, told the court his client was suffering extreme stress, anxiety and depression at the time of Noah’s death. 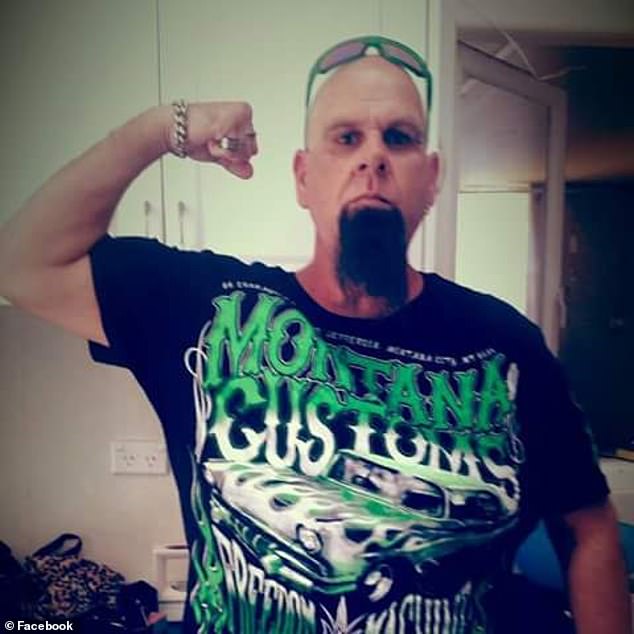 Wayne William Downing (pictured) was suffering extreme stress, anxiety and depression at the time of Noah’s death, the court heard

Mr Collins said his client’s ‘stress levels went through the roof’ and that he was ‘lucky to get a few hours sleep a night’ once Noah arrived.

Downing had to cover the costs of both children, and the court heard Noah had worn the same set of clothes for months.

In a letter to Justice Anthony Derrick, Downing said: ‘My anxiety and depression overwhelmed me. No matter what I get I will have to pay for it forever … I will never get over it.’

He shared an emotional tribute to Noah on his Facebook in the wake of his death in 2016.

‘My first grandson Noah Jayde Downing missed deeply and everyday xx,’ he wrote next to a photo of the baby.

The court heard on Tuesday there was no doubt Downing loved his grandchildren.

‘Having watched the video record of interview, there can be no doubt whatsoever he loved both of his grandchildren and did his best to care for them,’ Ms Robinson said, the ABC reported.