A man who tried to drown himself at a Virginia pool during a bipolar episode is now suing the police officers who saved his life.

Mateusz Fijalkowski, 24, says that officers from the Fairfax County Police Department waited too long to rescue him.

He claims that they left him underwater for more than two minutes and stopped a lifeguard from immediately jumping in the pool to save him.

Fijalkowski, who does not know how to swim, was hired to work as an assistant manager for the pool at Riverside Apartments in May 2016.

Mateusz Fijalkowski, 24, (pictured) is suing the Fairfax County Police Department because he said they waited too long to rescue him after he tried to drown himself during a bipolar episode 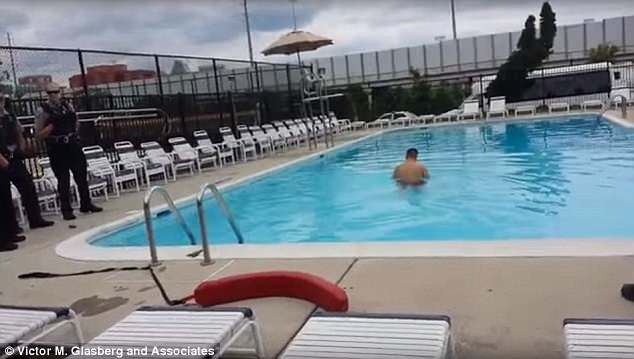 Fijalkowski, who does not know how to swim, was hired to work as an assistant manager of the pool at Riverside Apartments (pictured) in May 2016 after moving to the US from Poland

He spoke little English at the time and had come to America from Poland through an international summer job program, according to the Washington Post.

Fijalkowski had never had a mental episode in his life. But on his third day at the job, something changed.

He began talking to himself in Polish and arguing with pool guests. A lifeguard called the police after he ripped off one girl’s wristband and refused to let her swim.

As eight officers arrived on the scene, Fijalkowski repeatedly blew his whistle, shouted ‘I am the lifeguard’, and started to pray in Polish.

Authorities had everyone leave the area and called in a Polish-speaking officer as well as Fijalkowski’s roommate, who could also speak Polish. 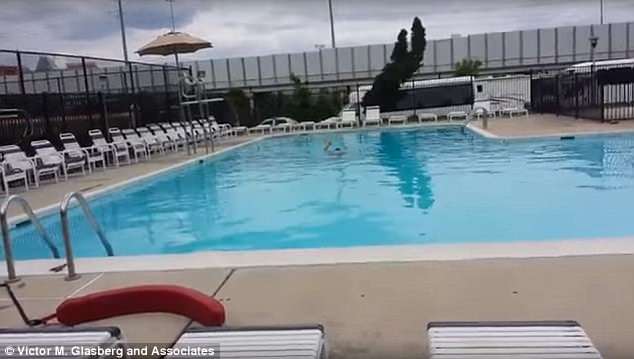 Three days after he started the job, Fijalkowski suffered a bipolar episode and went into the pool, holding onto the vents to hold himself down in the deep end 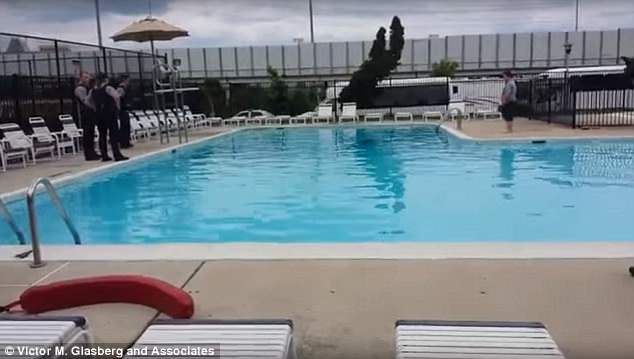 The third time he entered the pool, Fijalkowski walked into the deep end and grabbed two vents on the bottom of the pool to hold himself down, according to the lawsuit.

A video filmed by a bystander, who was watching from behind the pool’s fence, shows that Fijalkowski was in the water for two and a half minutes.

The footage shows officers standing around the pool, looking down at Fijalkowski, as he remains underwater.

It then cuts to the moment Sean Brooks, a lifeguard and Fijalkowski’s supervisor, pulls him out of the water and two officers jumping into the pool to help.

Officers can be seen performing CPR on Fijalkowski as more emergency medical technicians arrive on the scene. 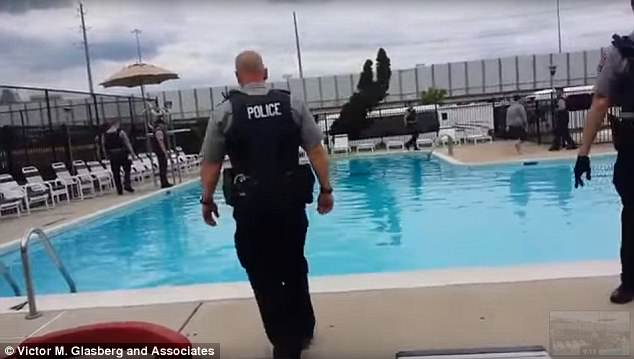 The footage shows officers standing around the pool, looking down at Fijalkowski, as he remains underwater

Fijalkowski, who vomited in the pool, had to be revived with an electronic defibrillator. He suffered cardiac and respiratory arrest.

‘The police allowed me to sink before their eyes,’ he told the Post.

‘I’m glad that in the end they realized that they shouldn’t let me drown, but I don’t thank them for letting me die, clinically, before their eyes.’

The pool company has alleged that police would not let Brooks jump in until Fijalkowski had gone still underwater. 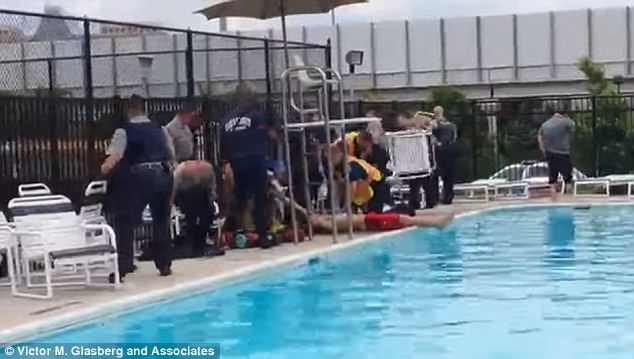 Several officers also said in their reports that they entered the pool when they realized he had stopped moving.

A hospital report states that officers told doctors that Fijalkowski had only been underwater for 30 to 60 seconds.

Fijalkowski said he has more than $100,000 in medical bills after he spent more than a week recovering at Fairfax Inova’s Heart and Vascular Institute.

He was then placed in a psychiatric unit for six days. Fijalkowski has since moved back to Poland and said he has not had another episode.

Fairfax County Police Chief Edwin Roessler Jr defended his officers, claiming they could have gotten dragged underwater themselves if they went in earlier.

‘When someone’s having a mental episode, the last thing you want to do is go hands on,’ he said. ‘You use time on your side to let the episode subside.’

‘They saved his life – he did not die. You’re going to sue someone for saving your life?’ 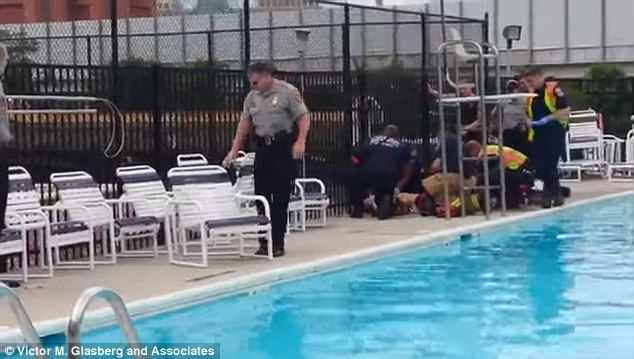 Fijalkowski, who vomited in the pool, had to be revived with an electronic defibrillator. He suffered cardiac and respiratory arrest