A millionaire businessmen whose ‘rough sex’ excuse for why he killed his girlfriend led to the legal defence being banned in the courts will be free from jail less than halfway through his sentence.

John Broadhurst, 41, was convicted of the manslaughter of his partner Natalie Connolly, but cleared of murder after using the ‘rough sex’ defence, in December 2018.

But Broadhurst, of Wolverley, Worcestershire, is set to be released in the coming weeks, less than halfway through his 44-month sentence, the Express and Star reported.

Miss Connolly, a 26-year-old mother, bled to death on December 18, 2016, after an alcohol-fuelled S&M sex session with her boyfriend John Broadhurst.

Campaigners held up Miss Connolly’s death as an example of why the ‘rough sex’ defence should be banned in the Domestic Abuse Bill.

Justice minister Alex Chalk also made reference to Ms Connolly’s ordeal during a debate on the Bill earlier this month.

John Broadhurst, 41, (pictured) is set to be freed from prison less than halfway through his 44-month sentence for the manslaughter of Natalie Connolly, 26 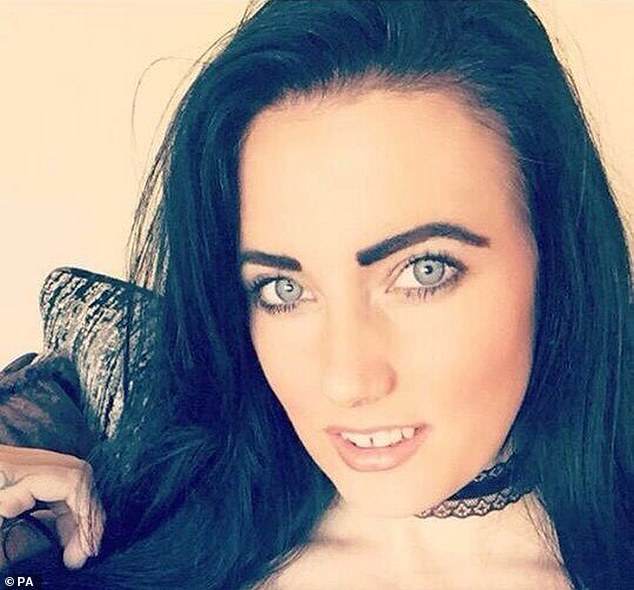 Natalie Connolly bled to death on December 18, 2016, after a cocaine and alcohol binge with the multi-millionaire property developer

Referencing Mr Garnier’s role in the campaign, Mr Chalk said: ‘They have run a formidable campaign and have engaged closely and constructively with the Government. I pay tribute to them for that.’

Birmingham MP and former Labour leadership contender Jess Phillips said: ‘Not only did Mr Broadhurst kill Natalie, but he was able to entirely shape the narrative around her death, as she was not there to speak for herself.

‘I have become a bit of an old hand at some things, but the Connolly case is so harrowing that I cannot imagine how her family have coped with it.

‘The law should be clear to all: a person cannot consent to serious injury or death. But the case law is not up to the task. When a woman is dead, she cannot speak for herself.’

An amendment to the Domestic Abuse Bill now prevents ‘consensual rough sex’ from being a defence to harming or killing a victim.

MPs voted in favour of the bill on July 6 in the House of Commons. The new bill rules out ‘consent for sexual gratification’ as a defence for causing a person any serious harm.

Miss Connolly was found in a pool of blood following an alcohol and cocaine binge in their £600,000 home in Kinver, Staffordshire. 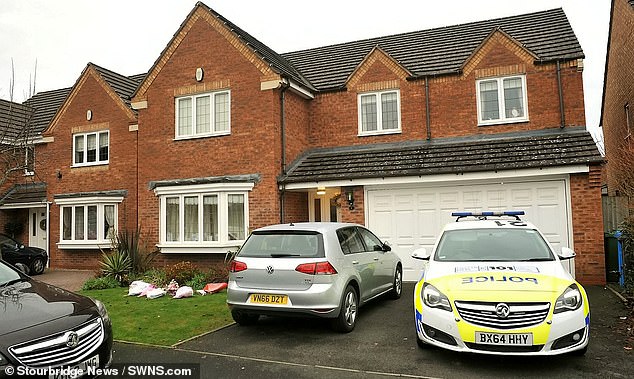 Miss Connolly was discovered in a pool of blood in their £600,000 home in Kinver, Staffordshire after an S&M sex session (pictured) 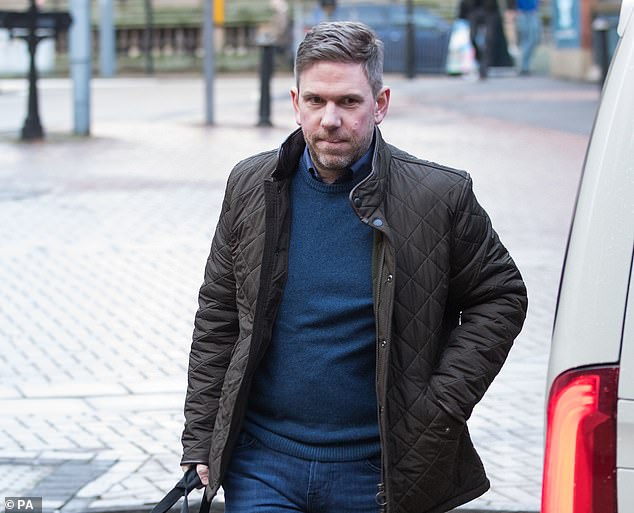 Broadhurst was jailed for three years and eight months after admitting manslaughter by gross negligence, a sentence which was slammed as ‘unduly lenient’

The multi-millionaire property developer was jailed for three years and eight months after admitting manslaughter by gross negligence.

But Wyre Forest MP Mark Garnier confirmed that Broadhurst is set to be released from prison in the coming weeks, adding that he was seeking clarification around the terms of the release.

What is the ‘rough sex defence’ and how has it changed?

The so-called ‘rough sex defence’, also known as the ’50 shades of grey’ defence, was seen in UK courts in cases of sexual violence.

It was used in cases that end in murder or serious harm, to explain why the violence occurred.

The defence was highlighted in the case of of 21-year-old Essex backpacker Grace Millane in New Zealand.

Her killer was eventually sentenced to life in prison but Louise Perry, who co-runs We Can’t Consent To This, a group that raises awareness of the ‘rough sex’ defence, said sentencing is often reduced.

An amendment to the Domestic Abuse Bill has prevented ‘consensual rough sex’ from being a defence to harming or killing a victim.

MPs voted in favour of the bill on July 6 in Commons. The new bill now rules out ‘consent for sexual gratification’ as a defence for causing a person any serious harm.

The bill still needs to be debated in the House of Lords, where it is widely expected to pass.

Miss Connolly’s death attracted national attention and led to the ‘rough sex defence’, which claims that the victim consented to the injuries which caused their death, being banned earlier this month.

Broadhurst was initially charged with murder but he claimed he had only hurt her ‘within the boundaries of her masochistic desires’.

Among her injuries was a blow-out fracture to her left eye, said by the prosecution during the trial to be consistent with ‘punch or toe-poke kicks’, as well as facial bruising.

Miss Connolly had also suffered horrific internal injuries which it was claimed were inflicted during a grisly sex game involving a bottle of 1001 Carpet Cleaner.

At the time, Broadhurst’s sentence was blasted as ‘unduly lenient’ by prominent figures, including Labour MP Harriet Harman.

Miss Connolly’s family had also slammed Broadhurst for being ‘callous’ after he was jailed for just under four years.

Campaigners have supported Miss Connolly’s family in trying to extend Broadhurst’s sentence, but it has now emerged that he will soon go free.

Mark Garnier said he was concerned the millionaire was being released back into society.

He also added that Broadhurst’s release proved that Miss Connolly’s family got no justice and said mistakes were made in the December 2018 trial.

He said: ‘There is no justice in this. There never has been for Natalie. She was deprived of her life and of her reputation by this man and he got 18 months for it.

‘Natalie Connolly was not someone who was into rough sex. This was Broadhurst using it. She was a just a fairly normal, fun-loving mother who, like most people, wanted a nice, happy relationship with someone she loved.’

Mr Garnier called the trial ‘maybe the perfect storm of inadequacy’ and said it was an error for the prosecution to drop the murder charge, which could have seen Broadhurst instead serve a 15 or 20 ‘year stretch’. 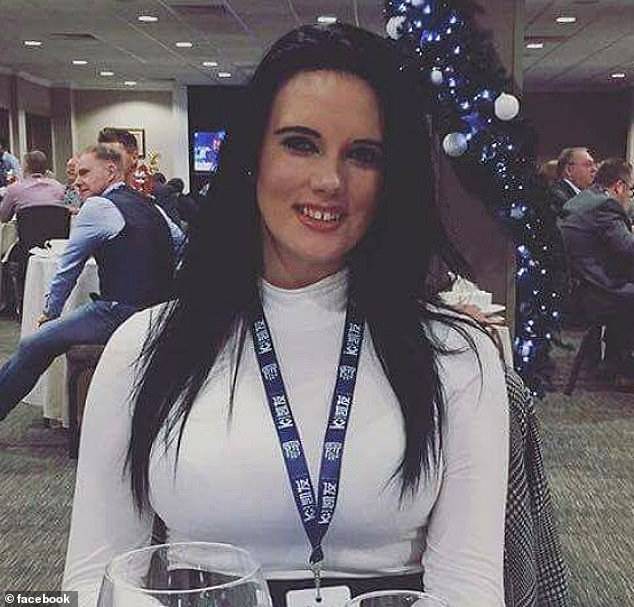 Miss Connolly’s death attracted national attention and led to the ‘rough sex defence’, which claims that the victim consented to the injuries which caused their death, being banned earlier this month

He added that Ms Connolly’s family were ‘going to be gutted’ at this latest blow.

At the time of Broadhurst’s sentencing, Miss Connolly’s relatives said: ‘Natalie was a loving and caring daughter, granddaughter, and sister, but above all she was a loving mother to her 10-year old daughter, who now has to grow up without her Mummy by her side.

‘She will to have to live a life sentence without her Mummy. Natalie was, and still is at the centre of our world, and we will all try to rebuild our lives knowing we will no longer have the beauty, the joy and the happiness of having Natalie by our side.’

During the trial, members of Miss Connolly’s family, who wore pink roses in memory of her, wept with relief as Broadhurst was jailed.

By Monica Greep for MailOnline

An amendment to the Domestic Abuse Bill will prevent ‘consensual rough sex’ from being a defence to harming or killing a victim and MP Harriet, 62, London appeared on Loose Women with campaigner Fiona Mackenzie, 36, to discuss the new law.

The politician and solicitor told how the defence gave men ‘the grizzly opportunity to twist women’s empowerment of their on sexuality’ and insisted that ‘if their hands killed someone’, it’s murder.

MPs have previously raised the death of Natalie Connolly in 2016, who bled to death after ‘rough sex’ with her boyfriend John Broadhurst after an alcohol and cocaine binge, as an example of where the ‘consent defence’ has been used.

It also follows criticism by police of the ‘rough sex defence’ in the trial of the murder of 21-year-old Essex backpacker Grace Millane in New Zealand. 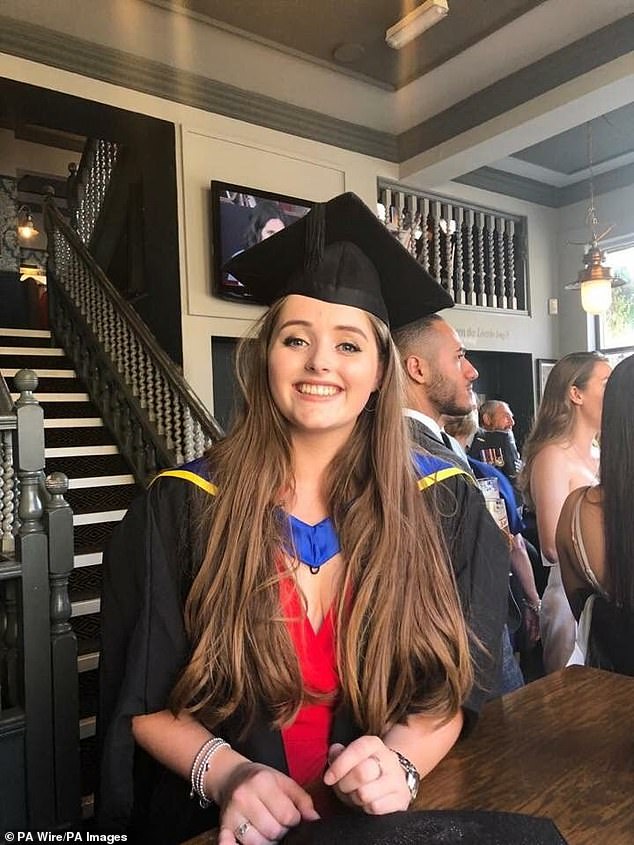 Harriet said: ‘What it says, this law, if you’re a man who inflicted these injuries which caused her death, you have to take responsibility for that, even if she did want it.

‘You have to take responsibility because it’s your hands that killed her, it’s not about changing sexual behaviour, it’s about responsibility.

‘If it’s his hands doing the strangulation, he is responsible and it’s murder.’

Harriet went on to argue that the ‘rough sex defence’ was a reflection on women’s liberation, and women ‘defining themselves as sexual beings’, which she believes was ‘encapsulated’ by the 50 Shades of Grey book series.

She told that while in the past women have been perceived as ‘submissive’ females owning their sexuality gave men the ‘opportunity to twist their empowerment’ as a means of escaping justice.

Harriet told: ‘I think 30-or 40 years ago if a defence barrister said ‘Yes my client did strangle this woman, but it’s part of rough sex gone wrong’  a jury wouldn’t have believed it.

‘Women were submissive, they were not seen as sexual and that defence would not have run.

‘But with the women’s liberation moment, women wanting to own their sexuality and to define themselves as sexual beings, encapsulated by the 50 Shades books, the idea became normalised that some women want pain inflicted on them in sex .

‘This gave the grizzly opportunity for men to twist women’s empowerment of their on sexuality and say, ‘I inflicted those injuries because she wanted rough sex’. And it’s impossible for the women, or anyone else to challenge him.’ 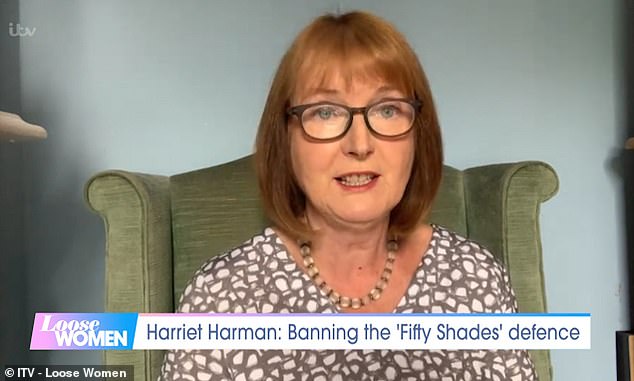 Harriet spoke on the now abolished common law defence of ‘provocation’, which defence lawyers would refer to as the ‘nagging and shagging’ defence 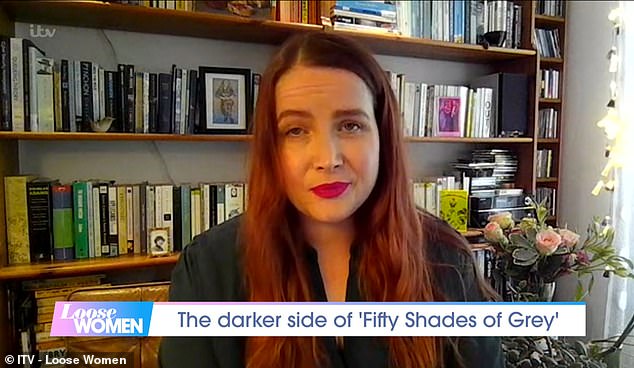 Fiona, who started campaign group, We Can’t Consent To This, told of the women who have informed her of violent sexual assaults taking place during sex

She spoke on the now abolished common law defence of ‘provocation’, which defence lawyers would refer to as the ‘nagging and shagging’ defence.

The controversial defence could occur when a person was considered to have committed a criminal act partly because of a preceding set of events that might cause a reasonable person to lose self control.

Harriet explained: ‘I think there has been a horrible tradition of men blaming women for their own death, saying: ‘Yes I killed her, but it was her fault’.

‘He would stand in the docks presenting himself as a victim, and that was called provocation and that used to mean murder was dropped to manslaughter.

‘This was abolished, but only as recently as 2009 and that was called the ‘nagging and shagging defence’ by defence lawyers, it was literally blaming her for her own death.’ 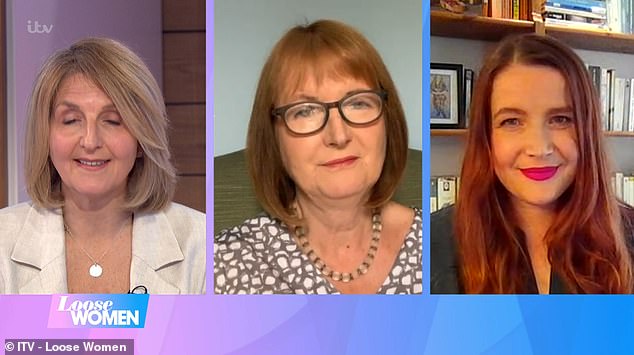 Harriet, a long-time advocate of women’s rights, told how she became interested in the issue following the use of the ‘rough sex’ defence in the death of Natalie Connolly.

She went on: ‘Then in the Natalie case, he was saying ‘I was only doing what she wanted. Yes, those injuries were what I inflicted but it’s not my fault, it’s her fault she died, it’s what she wanted’.

‘She can’t speak for herself and her poor relatives need to listen to this, so i’s really important we ban this defence.’

Fiona, who started campaign group, We Can’t Consent To This, added: ‘I set up this campaign after Natalie Connolly’s killing and immediately started hearing from women who had been violently assaulted by their sexual partners.

‘This is often really serious violence and in particular strangulation, the idea you can go on a date with a guy and be strangled to the point you’re unconscious and that not be treated as a serious crime is horrifying. ‘