Not a very happy ending! Man wields hammer in a Queens massage parlor, smashes a golden piggy bank for cash and assaults spa workers after a masseuse refuses to give him extras following a foot massage

A man wanting more than his feet rubbed in a Queens massage parlor assaulted staff before producing a hammer and smashing a piggy bank in a rage after his female masseuse refused to give him extras.

The man had paid for a foot massage on Thursday night, at the Tao Spa Bodywork in Flushing, Queens.

When it was over, he’d offered more cash to his masseuse in exchange for ‘sexual favors’, police said, as reported in The New York Post.

The man assaulted the masseuse, who had given him a foot massage after he offered more cash in exchange for ‘sexual favors’ and was turned down 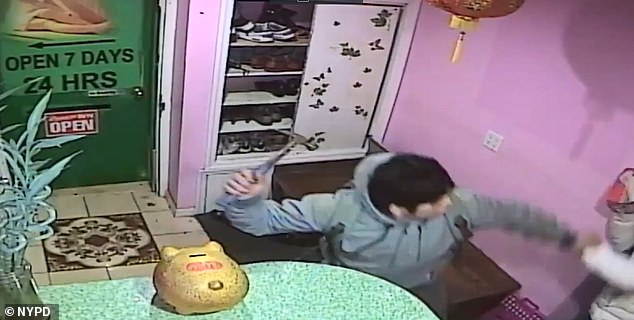 The man demanded and was denied a refund for the foot massage. He also assaulted another spa worker

The 55-year-old female masseuse said no and wouldn’t give the man a refund for the foot massage when he asked for his money back.

The price of the massage is unknown.

The man then demanded cash, dragged the woman into the reception area of the spa before punching her in the face. The incident was captured on surveillance video. 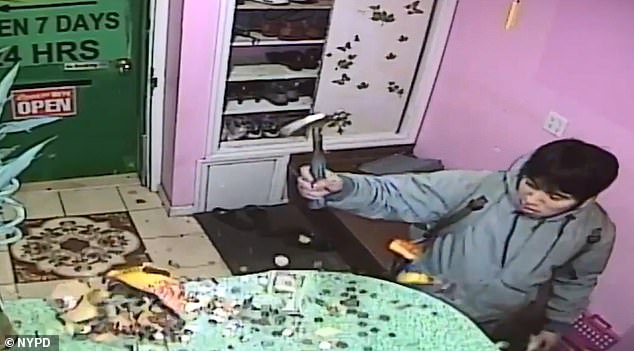 In a surveillance video, the man is seen to produce a hammer, swinging it toward a spa worker before breaking a golden piggy bank on the front counter 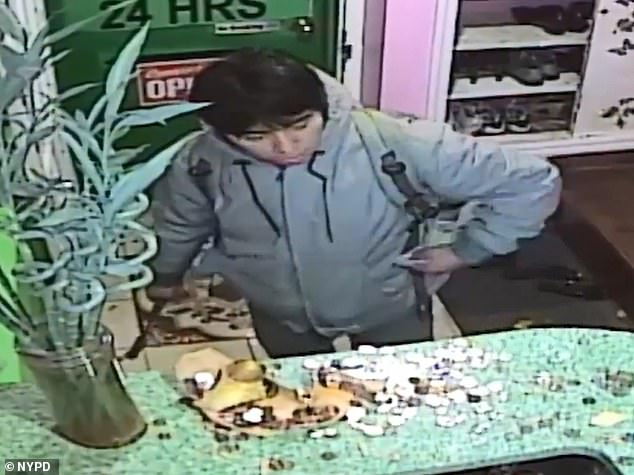 Police said he made off with dollar bills and coins. The incident happened on Thursday night

Police said he then pinned another 55-year-old woman against a wall and hit her, demanding more money.

In the video, the man is seen to produce a hammer, swinging it toward a spa worker.

He then turns his attention to a golden piggy bank on a counter in the front of the parlor and smashes it with the hammer.

He grabs some dollar bills, presumably left as tips for the spa workers.

He then left with the cash and coins, according to police. 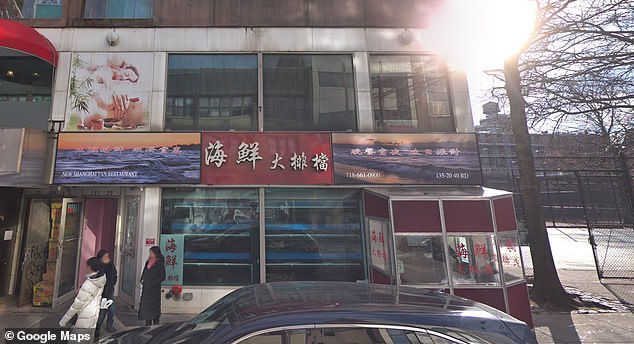 It isn’t known how much the foot massage cost at the Tao Spa Bodywork in Flushing, Queens, (pictured above)