Man whose nephew evicted him from £2.2m home made homeless again

A pensioner at war with his nephew after he changed the locks on his home of 44 years when he popped to the shops has been made homeless.

Andrew Constandas, 87, hoped to be declared a property millionaire after claiming he deserved half of the £2.2million house on the edge of Hampstead Heath.

He branded his own nephew Michael Lysandrou, 60, ‘reprehensible’ after he took his chance to evict the old man and put all his belongings in black bin bags on the street in 2015.

But a Court of Appeal ruling published today means he could now face life on the streets because judges ruled he was a non-paying lodger.

Mr Constandas had managed to get back into the house with the help of an emergency court order – but the decision means he can now be evicted again. 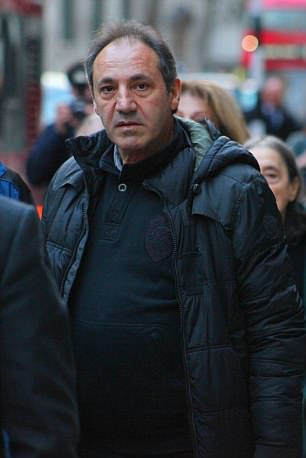 Andrew Constandas, 87, hoped to be declared a property millionaire – but a Court of Appeal ruling means he could now face life on the streets after being evicted by nephew Michael Lysandrou

Mr Constandas had moved in with his sister at the grand house in 1973 after his marriage failed.

Mr Constandas has since fought to prove that he jointly owns the house claiming he paid half its £1,200 purchase price in 1959.

Mr Lysandrou even ‘fabricated’ a claim that his uncle had assaulted his own sister to justify his eviction in 2015, his elderly uncle claimed.

But now Appeal Court judges have ruled against him and accepted Mr Lysasndrou’s claim that his uncle was never more than a ‘non-paying lodger’.

The pensioner earlier told a judge he felt ‘sorely used’ by his nephew, who had treated him ‘like an unwelcome guest’ in his own home.

He said he would be ‘utterly lost’ if evicted and forced ‘to go naked into the world’ without a roof over his head.

Mrs Justice Rose today ruled that Mr Lysandrou had been rightly condemned for his ‘manipulative and reprehensible’ treatment of his elderly uncle.

But Mr Constandas had simply failed to prove that he paid the £600 deposit on the house or that he owned any part of it, she said.

Mr Constandas had to ‘throw himself on the mercy of the council’s homelessness department’ after the locks were changed, she told the court.

‘I had no idea where to go or how to access accommodation,’ he said in a witness statement.

‘My bank cards and other personal items were inside the house. My family refused me access to collect anything until I came back with a police escort a few days later.

‘I went shopping on the Saturday morning. When I came back home, the locks were changed and all my belongings were outside in black bags.’ 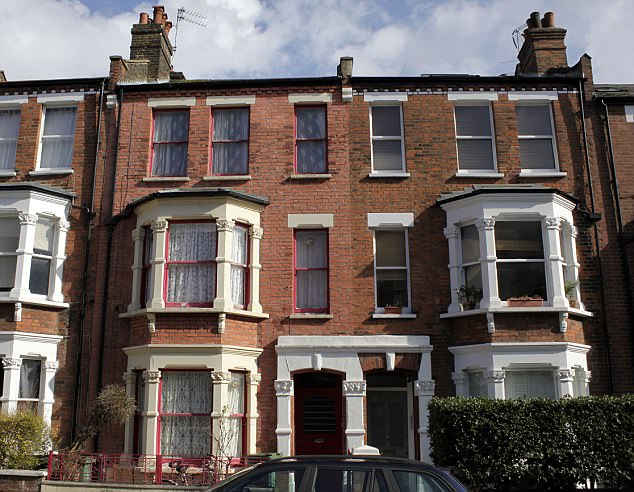 Mr Constandas won an emergency injunction, forcing his nephew to allow him back in the Hampstead house (pictured), but the family have been battling in court ever since and he faces eviction again

Mr Constandas later won an emergency injunction, forcing his nephew to allow him back in the house, but the family have been battling in court ever since.

The court heard he moved into the house – which was bought in 1959 in his sister’s sole name – in 1973, following the break down of his marriage.

He lived there, rent-free, until ‘relations deteriorated’ between him and his sister’s family and he was evicted, the court heard.

Insisting that he had paid the 50 per cent deposit on the house, he said he had a good job at the time and his sister, Adriana, was a low-paid seamstress.

Even had she saved all her money – spending nothing on her wedding, her baby, or essentials – she could not have afforded to buy the house herself, he claimed.

In 2016, Judge Diana Faber condemned Mr Lysandrou’s behaviour and said he had ‘fabricated’ a story of as assault on Adriana to justify his uncle’s eviction.

Mr Constandas was accused of ‘pushing his sister violently in the chest’, but the assault in fact ‘never happened’, she said.

Mr Lysandrou’s real reason for wanting his uncle out was that the pensioner ‘had started to assert his entitlement to an interest in the house’.

Both his parents are stricken by dementia, and Mr Lysandrou had ‘manipulated them in pursing this distressing and unnecessary litigation’ against his uncle.

But Mr Constandas had failed to prove that the £600 deposit came from him and Judge Faber said his eviction – however unpleasant – had been ‘lawful’.

Ruling on the pensioner’s appeal today, Mrs Justice Rose said the judge was justified in the ‘very dim view’ she took of Mr Lysandrou’s behaviour.

But there was in the end ‘no positive evidence’ that Mr Constandas paid the £600 and he had simply ‘not proved his case’, she ruled.

Christopher Jacobs, for Mr Lysandrou and his parents, earlier insisted that Mr Constandas ‘made no contribution towards the purchase price and had only ever occupied the property as a non-paying lodger.’

Opening the way for the pensioner to be evicted again today, Mrs Justice Rose, who was sitting with Lord Justice Kitchen, concluded: ‘There is no basis for this court to interfere with Judge Faber’s conclusion and I would dismiss Mr Constandas’ appeal.’