A husband whose wife died in the El Paso shooting has extended an open invite to her funeral because he has no other family to mourn with.

Antonio Basco will be saying goodbye to Margie Reckard with a service at Perches Funeral Home on Friday, and the organizers shared the Texas man’s wish in a post on their Facebook page Tuesday.

‘Mr. Antonio Basco was married for 22yrs to his wife Margie Reckard, He had no other family. He welcomes anyone to attend his Wife’s services. On Friday August 16th, Perches Funeral HomeNortheast on 4946 Hondo Pass from 5-9pm. ❤️Let’s show him & his Wife some El Paso Love❤️ #EPSTRONG,’ the funeral home posted Tuesday.

Antonio Basco has no other family so he’s inviting all to his wife’s funeral service on Friday. In this August 6 picture, he cries while kneeling in front of the cross for his partner Margie Reckard at the make shift memorial for the mass shooting at a Walmart in El Paso, Texas 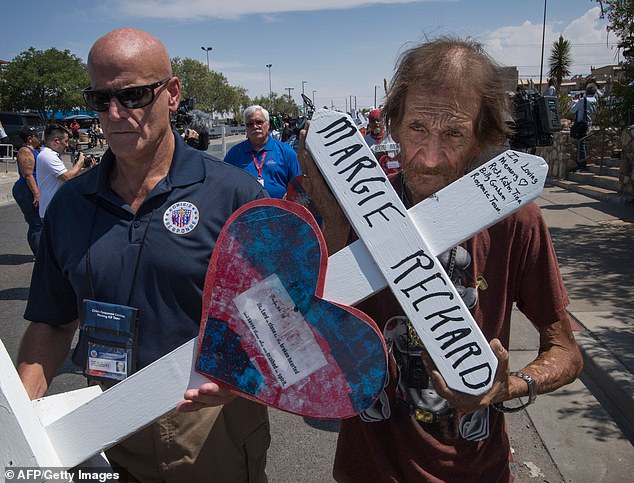 Basco holds the cross of his common-law wife Margie Reckard who died in the shooting as he walks to a makeshift memorial on August 5. An emergency responder helps him 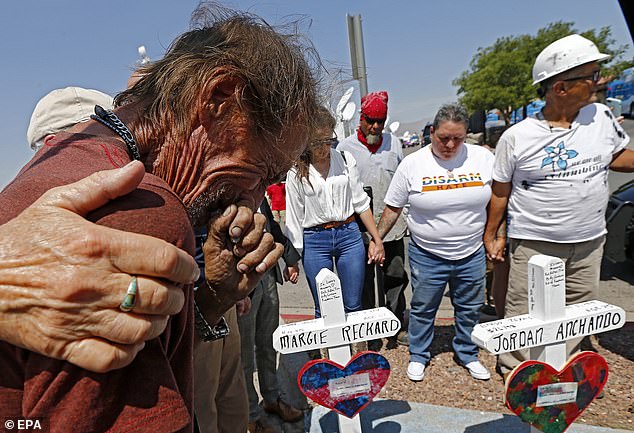 He cries while standing next to the cross for his partner, Reckard, and is comforted by another

Just a few hours later the post had already garnered several thousand shares, hundreds of comments and reactions showing sympathy for the widower.

Some said they would attend or would send flowers in their absence.

Those living further away in places such as Pennsylvania and California expressed their regret at not being able to make it to support Basco.

Following the shooting, Basco’s image was widely seen as he held a cross with his wife’s name on at a makeshift memorial.

A heart on the bottom of the cross was decorated in the Psalm 34; 18 Bible verse.

The note read: ‘The lord is close to the broken hearted and saves those who are crushed in spirit’.

People responded to the funeral home’s Facebook post, some saying they would attend or are sending flowers 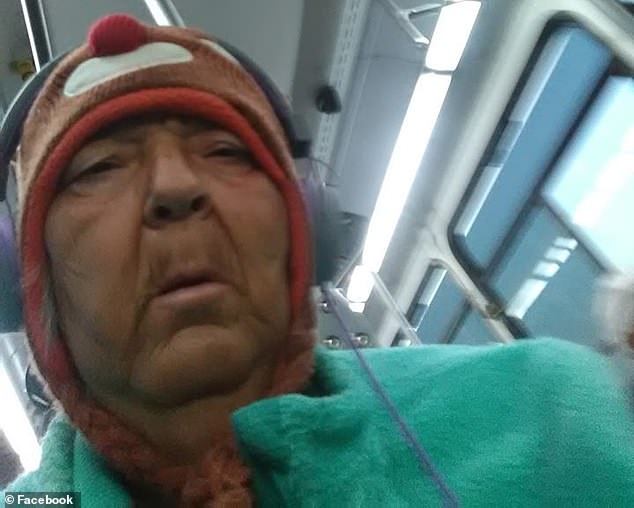 It appeared emergency services also contributed their names in lieu of family members.

Returning the following day, Basco was seen crying as he knelt in front of the cross which had ‘In loving memory, Rick, Kater, Tina Billy Graham Response Team’.

The shooting left 22 people dead at the Cielo Vista Mall WalMart in El Paso on August 5.

Prosecutors said that they will seek the death penalty against Patrick Crusiuss, a 21-year-old man, accused of the mass shooting. 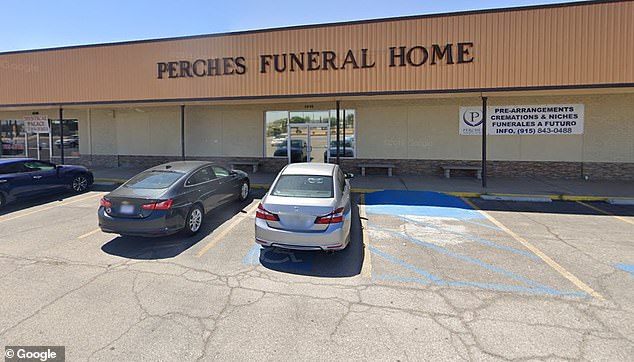 The funeral will be held at Perches Funeral Home Northeast 4946 Hondo Pass. Service is scheduled for Friday, August 16 5pm to 9pm 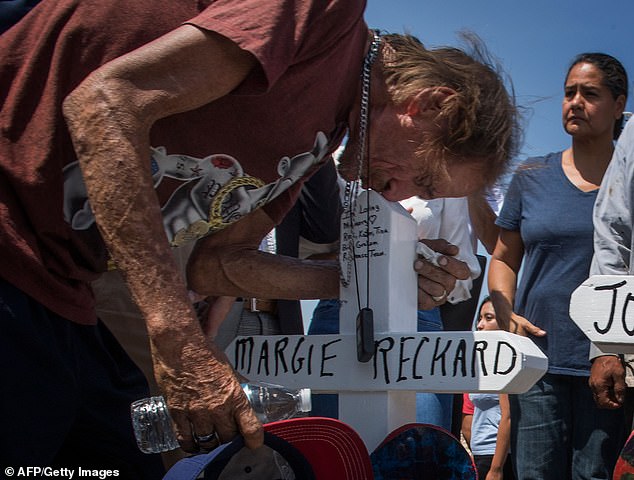 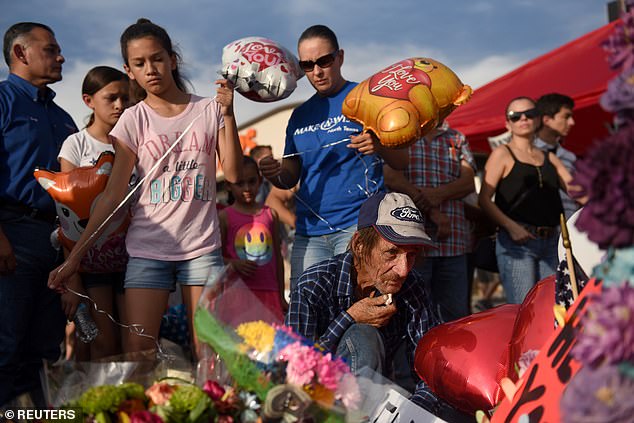 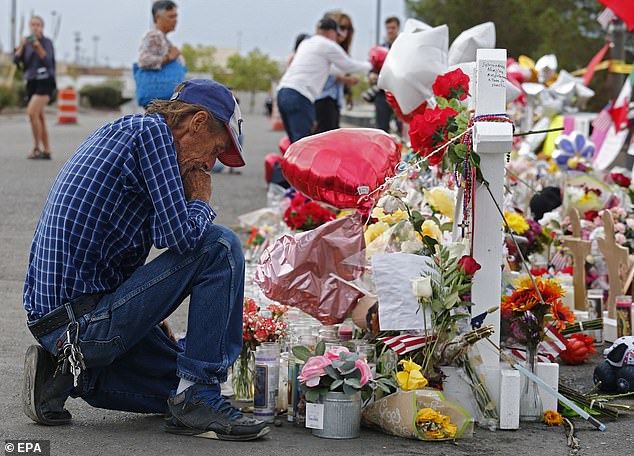 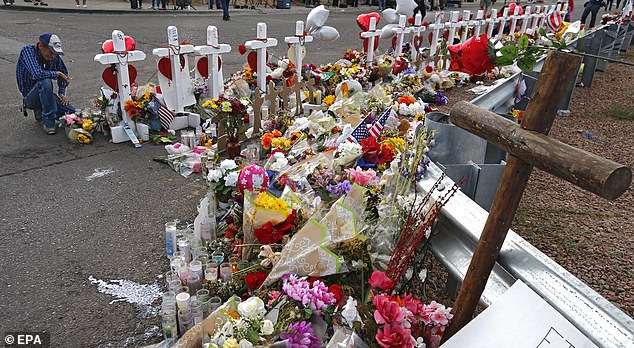