A man wielding a metal bar during a fit of rage has terrified passengers trapped on a busy Adelaide train.

The man in his 40s was filmed yelling and swinging a metal bar while blocking the corridor of a Seaford line express train heading to the city on Saturday.

Jan McGinley, a witness onboard the train, said passengers watched on in fear as the man made threatening gestures with the weapon towards other commuters.

‘If they got up they might have gotten attacked because this man was literally swinging a weapon at these people,’ he told Nine News.

Terrified passengers were stuck on board the express train with the violent man for another 15 minutes before security intervened.

‘They were scared and basically ready to defend themselves at any point because this man was swinging punches, swinging arms, elbows, you name it,’ Mr McGinley said.

The witness pushed the emergency help button out of concern for an elderly woman who was sitting nearby.

But the frightening ordeal was not over until the train finally approached the city with security waiting at the platform.

Police eventually caught up with the man on a nearby street and established he didn’t threaten any passengers on board the train.

He was issued a fine for disorderly conduct. 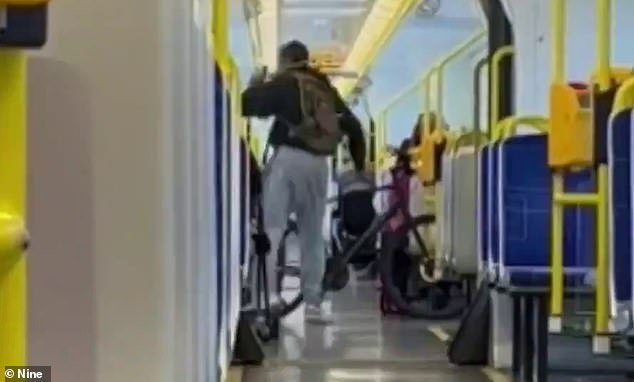 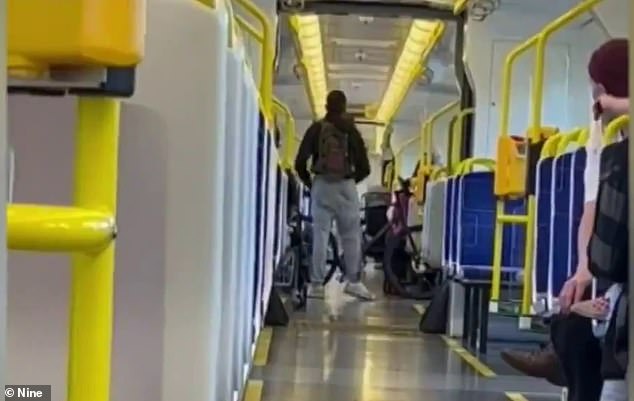