Police are appealing to anyone who knows a mystery man found unconscious in London to come forward.

The man was not breathing when he was found in Holloway Road, Islington on Saturday evening, but neither hospital staff nor police have been able to find out who he is.

Scotland Yard has released images of a tattoo of two playing cards he has on his right shoulder in the hope that somebody will recognise him. 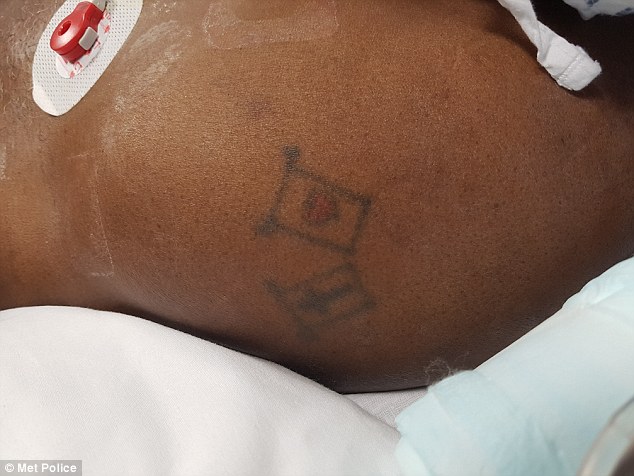 The man – described as black, around 50 years old and 6ft 4in tall – was not breathing when he was found shortly after 8:30pm on Saturday.

A police spokesman said: ‘Fearing for his life the officers conducted CPR and established a pulse.

‘London Ambulance Service attended and continued to work on the male prior to taking him to a central London hospital.

‘Police would like to hear from anyone who can identify the man so that his family can be notified of his whereabouts and condition which sadly, is critical.’

He is described as a black male, aged around 50, 6ft 4” tall, of muscular build with a bald head.

He has a scar beneath his right eyebrow and a tattoo on his right shoulder of two playing cards. One card displays a cross and the other a heart.

Anyone with any information is asked to contact the Central North Operations Room by dialling 101 and quoting reference 18FOU001925. 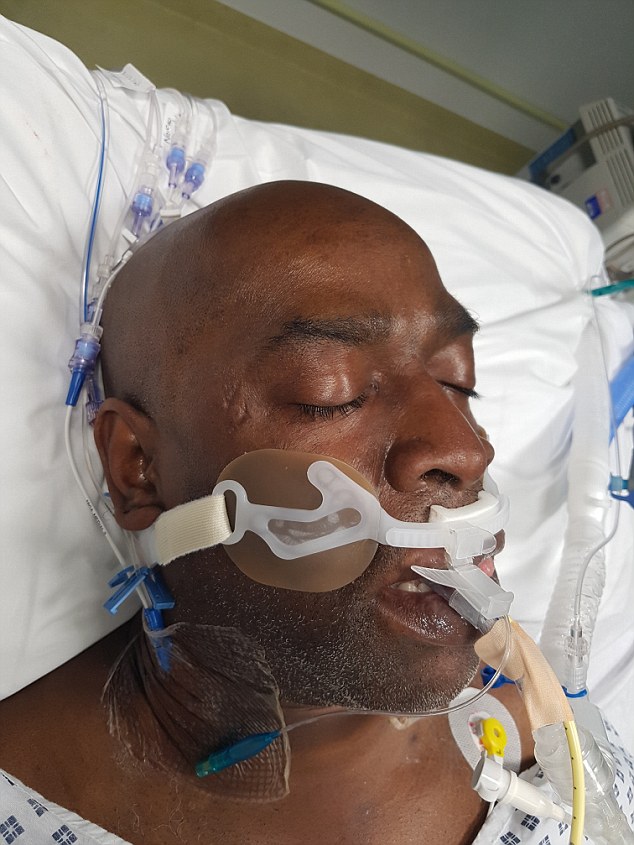