Man with knives arrested at scene of Flinders St rampage

As a car ploughed through pedestrians at a busy Melbourne intersection, a man whipped out his phone and began filming the carnage.

Police spotted the 24-year-old just metres from where the white Suzuki Vitara crashed into a tram stop bollard next to Flinders Street Station about 4.40pm on Thursday.

They searched him as a matter of procedure and allegedly found a bag containing three knives and arrested him to investigate if he had any involvement in the incident that injured 19 people including the driver. 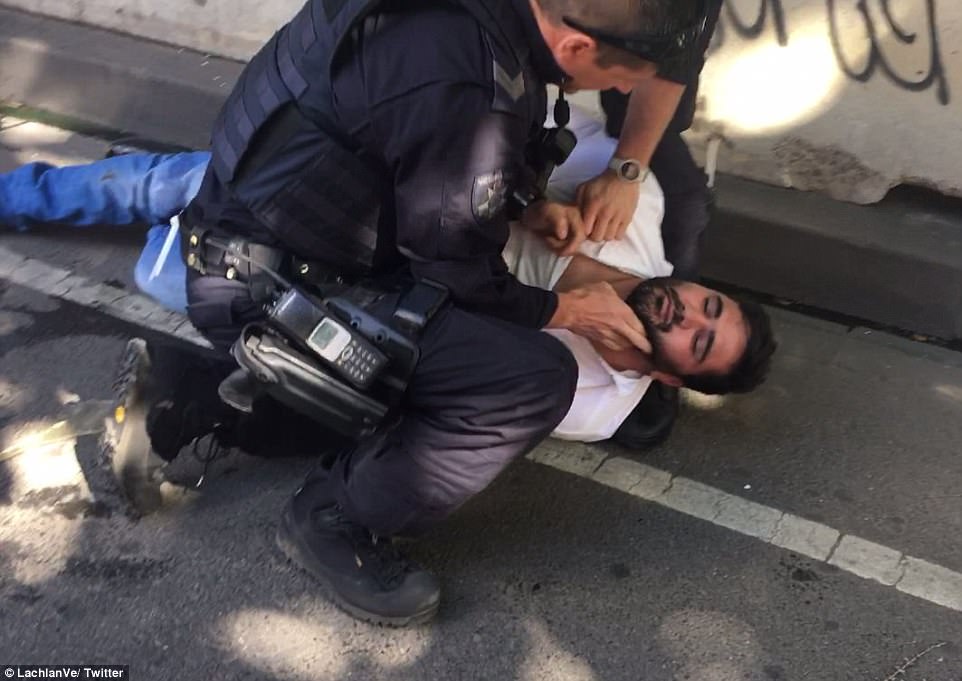 However, detectives now do not believe he was linked to the ‘deliberate’ act of the 32-year-old driver who was dragged from the car as he filmed.

‘At a significant scene like this, he was taken into custody because of the circumstances so we can explore it,’ Acting Commissioner Shane Patton said on Thursday night.

‘It may well be that person is exonerated from any involvement in the end, and that is probable at this stage.’

The young man was not known to police and, like the alleged driver, had no known links to extremist organisations. He has not been charged with any crime.

The alleged driver is an Australian citizen of Afghan descent who was wrestled from the car by an undercover police officer who was hurt in the altercation. 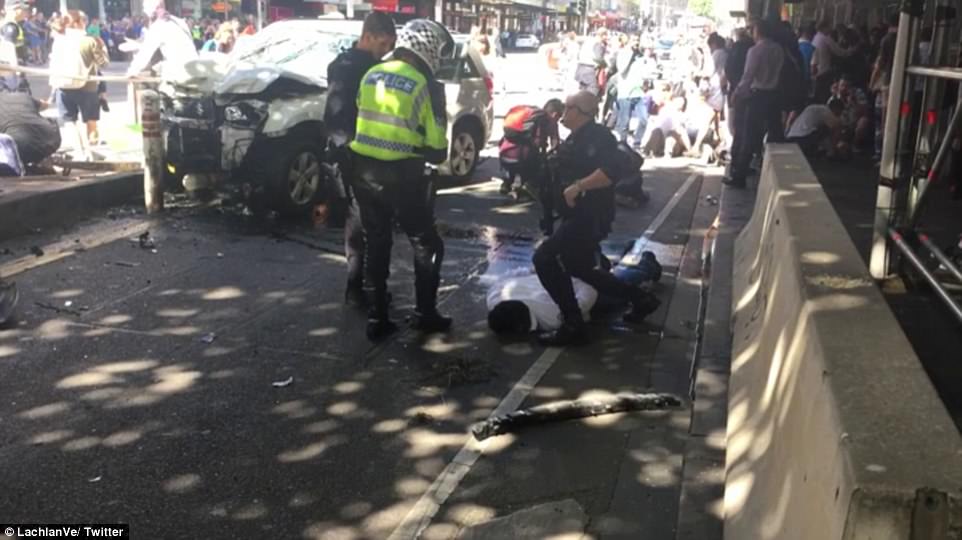 The white Suzki Vitara crashed into a tram stop bollard next to Flinders Street Station about 4.40pm on Thursday 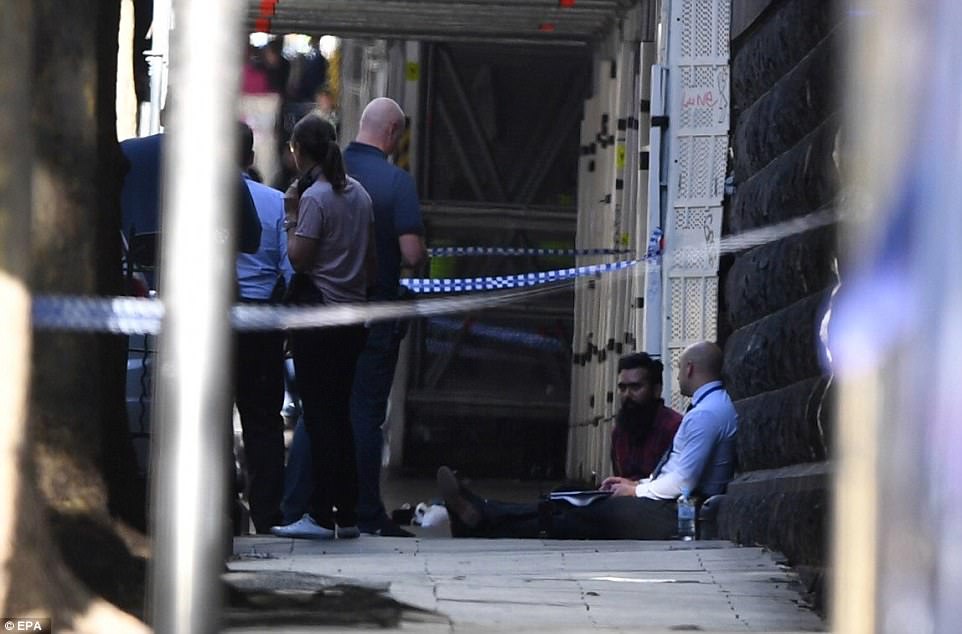 The man had a history of abusing the drug ice, mental health issues, and a criminal history with a minor assault charge in 2010. He was under police guard in hospital for injuries suffered in the crash.

Victims of the rampage included a four-year-old boy with serious head injuries, but in a stable condition and four others still in critical condition.

‘This is a terrible, evil, cowardly act… At a time of the year when so many families are celebrating the end of they year, doing their Christmas shopping … we have seen a horrific act,’ he said. 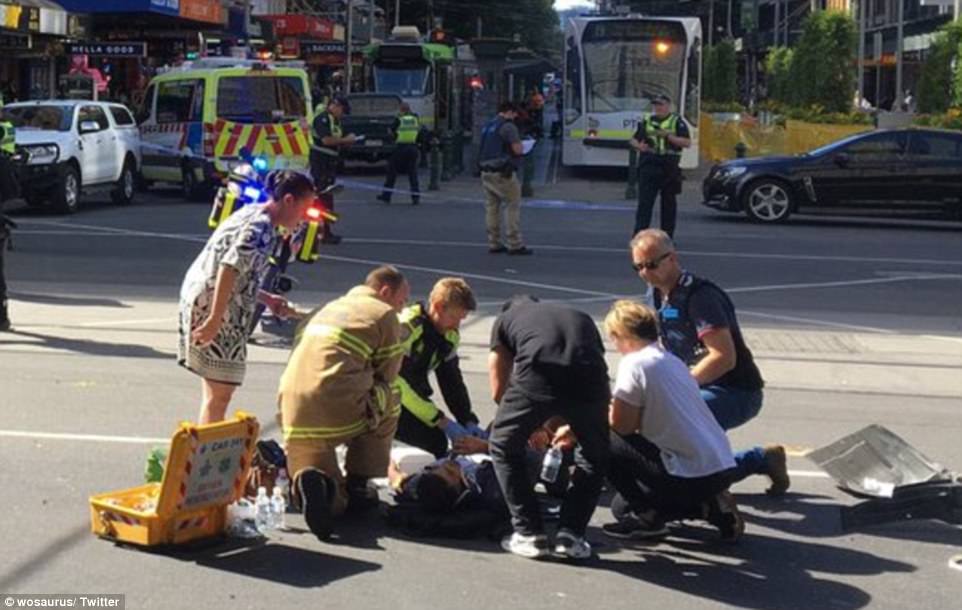 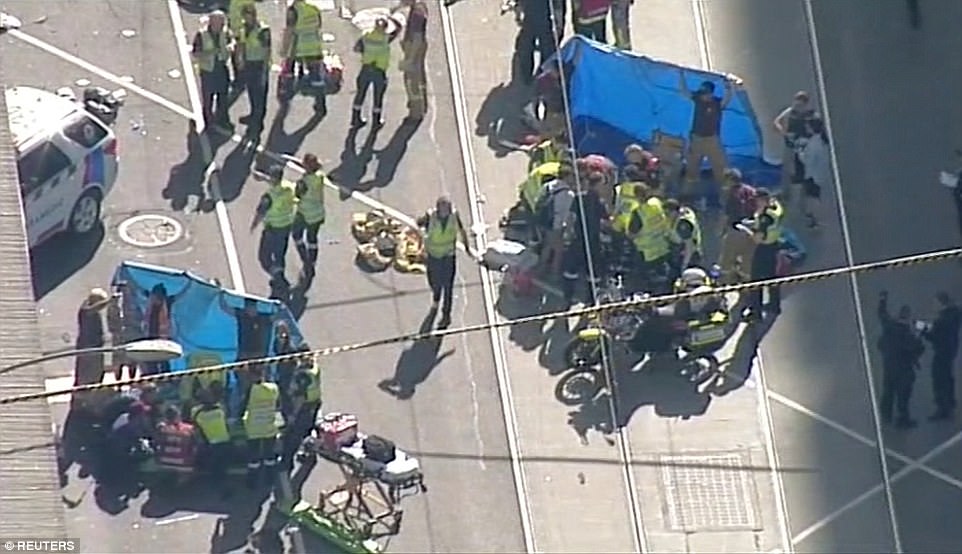 Witness described seeing the car hurtling towards the crowd, ploughing through people in its path and crashing into the pole.

‘It just mowed everybody down, people were flying everywhere. We heard thump, thump. People are running everywhere,’ one told radio station 3AW:

Dramatic footage then showed a number of injured pedestrians being treated by passersby as they wait for paramedics.

‘He has gone straight through the red light at pace and it was bang, bang, bang. It was just one after the other,’ another told the Herald Sun.

‘There were bodies on the ground and people running up to them – it was mayhem.’