Man,21, drives for 36 hours straight from Austin to Chicago using his Tesla Autopilot

A man has tried to drive across the country for 36 hours straight using just Tesla Autopilot.

YouTuber Ryan Trahan, 21, documented his attempt as he took a road trip from Austin to Chicago along with a group of friends.

Before setting off, Ryan estimated that normally the gas alone would cost about $220 and the trip itself would take about 17 hours, however using the Tesla would require charging which could lengthen the trip by a further 10 hours.

The Tesla’s computer automatically determined where the car could be charged along the 1,200 mile route. 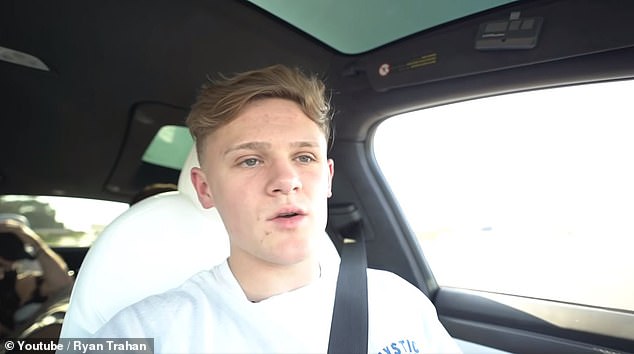 Ryan set off from Austin and headed out onto the highway where he was then able to activate the Autopilot.

The feature is not true autopilot because every eight to 10 seconds the driver is required to touch the steering wheel to let the car know the driver is not asleep.

After two hours on the road, Ryan had traveled 100 miles down the highway and declared the journey to be ‘a breeze’.

An app on his phone told him how long the car needed to be plugged in, in order to be recharged. 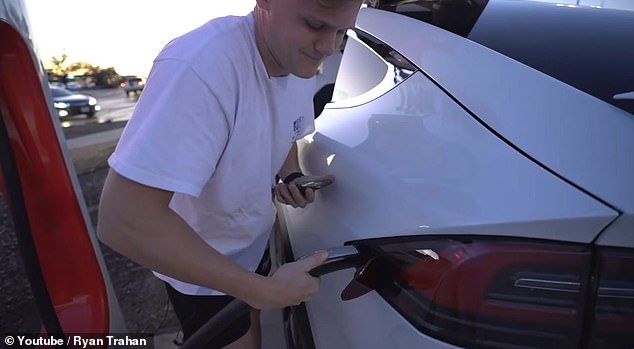 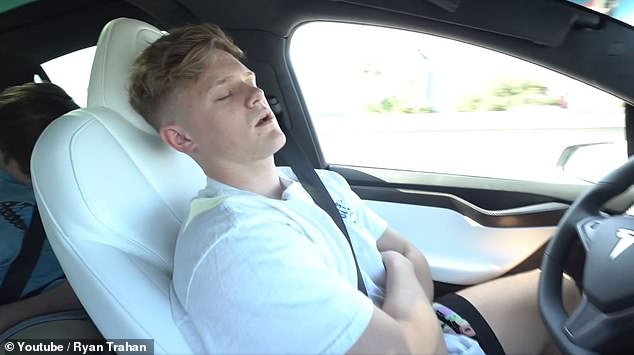 The journey resumed until Ryan reached the second charging station around 240 miles into his 1,200 mile trip.

At each of the charging stations, he found that he didn’t have to pay a cent for the electricity the car needed.

‘Autopilot makes you feel like you’re a passenger. Normally on road trips your eyes are peeled onto the road and its so physically and mentally exhausting that it is tiring. Here, I am looking around at some pretty trees and enjoying the ride,’ he said.

Ryan felt the recharging stops actually made the trip more fun rather than just stopping at a regular gas stations only to get back on the road, as would be the case in a regular gas fueled vehicle.

After 20 hours of driving, Ryan had traveled 956 miles and was still some distance away from the Windy City.

He notes that despite the car saying a single charge would last for 270 miles, each time he ‘filled up’, after about 200 miles the battery power began to dwindle. 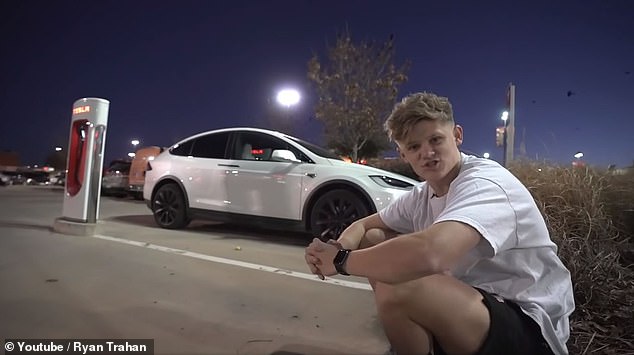 Ryan says charging stations, pictured, need to be located next to the highway like gas because otherwise drivers need to deviate from their route adding time and mileage to the journey 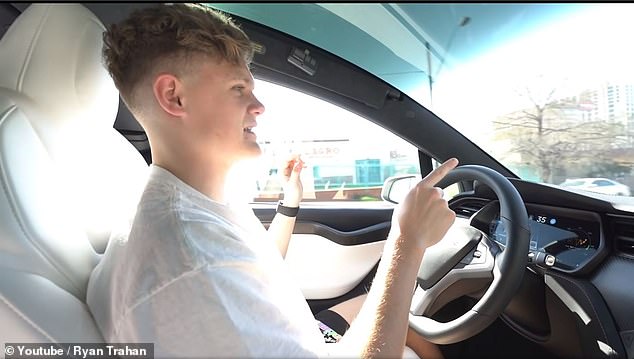 ‘Overall its a good experience and feels like I’m a passenger in an airplane with everyone having their own seat,’ he said in an 18-minute long YouTube video.

Eventually, after several more charging station stops and another 250 miles later, Ryan reached Chicago having driven for 28 hours in total with around 7½ hours dedicated to charging the vehicle.

By the time he arrived in Chicago after travelling 1,236 miles, it had been almost 36 hours since leaving Austin.

Ryan took time to sum up the experience explaining the positives and negatives of the whole journey. 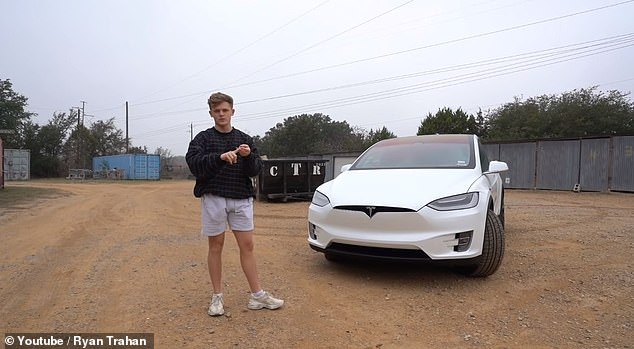 ‘The cost was free! It cost us zero dollars to cross the country. I put a couple of thousand miles on the car which will depreciate its value but there were no out-of-pocket costs,’ he boasted.

Ryan noted that one of the more frustrating aspects of the trip was having to charge the car so many times. The superchargers are often located 5-10 miles away from the highway and added a significant amount of time to the trip.

Ryan said that he felt the Autopilot was great on a long road trip because he was able to look around and not feel so mentally exhausted by having to keep his eyes on the road at all times.